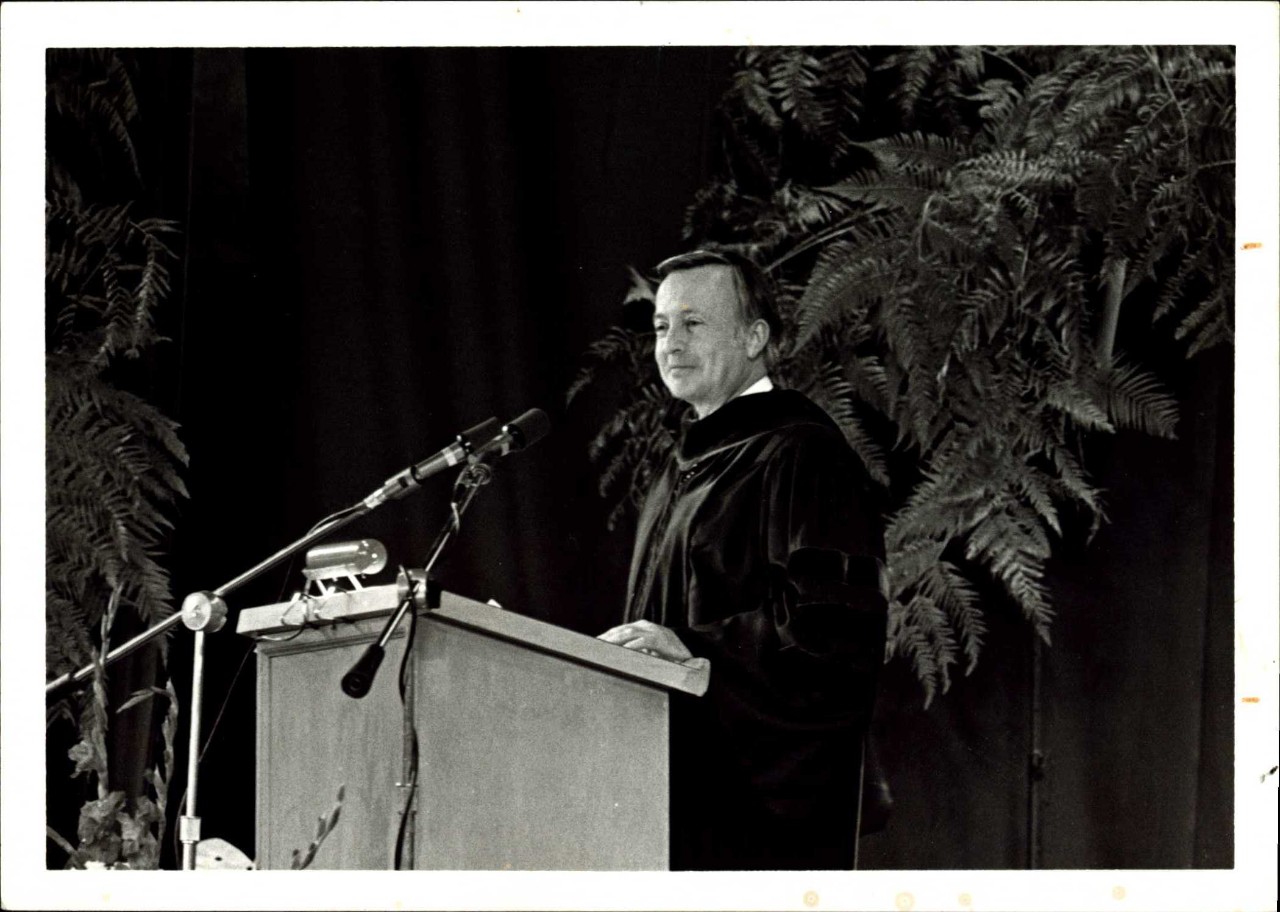 J. Willard O’Brien, former Dean of Villanova University Charles Widger School of Law, passed away peacefully at his home in Wayne, Pennsylvania on Tuesday, December 22. He was 90 years old. O’Brien joined the Villanova Law faculty in 1965, and in 1972 he was unanimously chosen by faculty to succeed Villanova’s founding Dean, Harold Gill Reuschlein. Dean O’Brien held the position for 11 years.

“Dean O’Brien served our community as a memorable professor and a visionary dean, and he never stopped giving of himself to Villanova,” said Mark C. Alexander, the current Arthur J. Kania Dean at Villanova Law. “We are a better law school due to the myriad contributions of Dean O’Brien. His days on earth have ended, but his legacy and spirit remain in our community.”

As a professor, Dean O’Brien is remembered as a legendary Torts teacher. He was famous for his style—three-piece suits and a gold pocket watch—a twinkle in his eye, a wry sense of humor, and the Socratic method he used to train first-year students to think critically and speak precisely. During campus unrest in the 1960s, O’Brien was asked to chair a University-wide committee to handle student demands. He proved to be a cool-headed mediator, a practical problem solver, and someone committed to hearing all voices, especially students’, which was unusual at the time.

Under Dean O’Brien’s leadership, he ushered Villanova Law into a new era. He significantly expanded the faculty, thus reducing the student-to-faculty ratio, and he professionalized many of Villanova Law’s administrative offices. He laid the foundation for more deliberate fundraising efforts and comprehensive alumni engagement. He also made the law school more inclusive, changing the institution from one run exclusively by white men teaching mostly white male students to one where women made up half the student body, and women and minorities came to serve as professors and senior administrators.

In 1983, he resigned as Villanova Law Dean to become the first Director of the Connelly Institute on Law and Morality, and he also returned to full-time teaching. Dean O’Brien was a member of the Board of Directors of the Interfaith Council on the Holocaust, and also a member of the Canon Law Society and the Order of the Coif. Following his retirement, he continued to participate in Villanova Law’s Inn of Court, an organization that promotes professionalism, civility, ethics and legal excellence, and is named in his honor.

For more on Dean O’Brien’s life and legacy, please view his obituary.