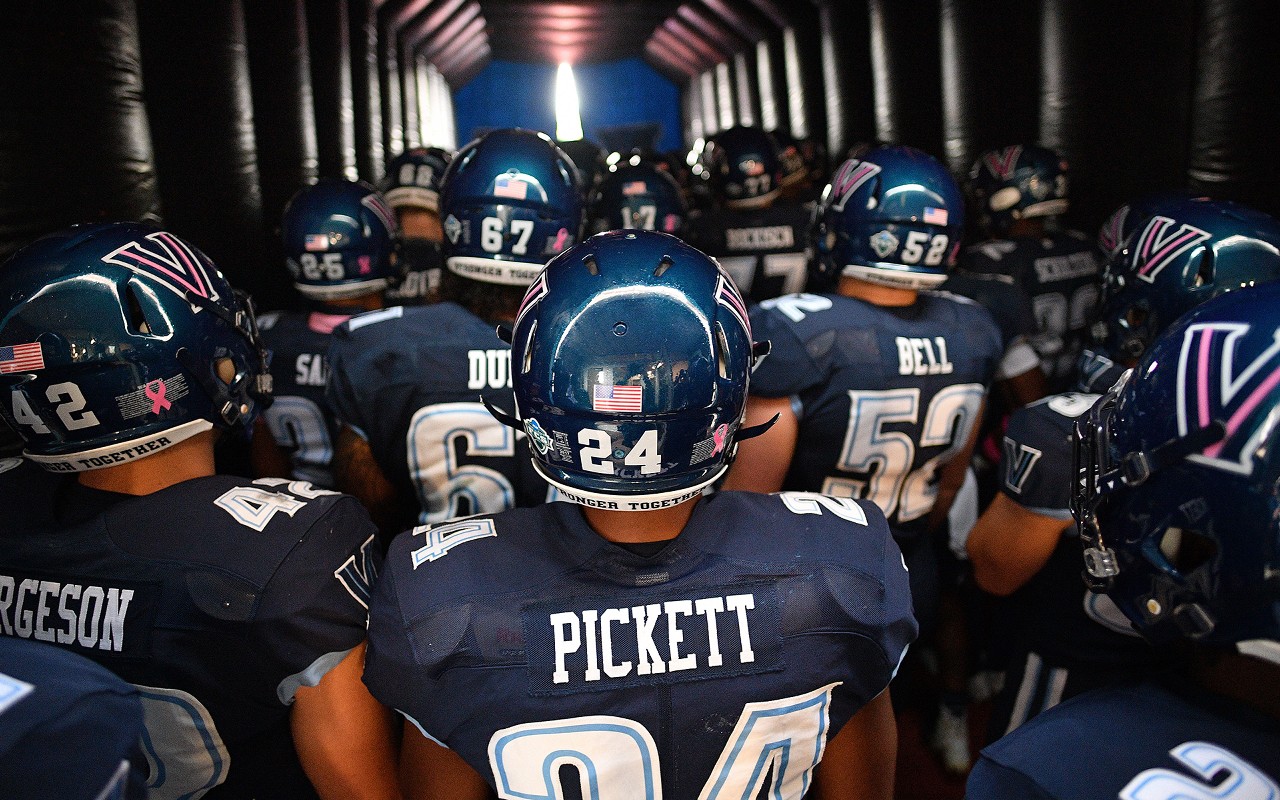 Anticipation was in the air for Homecoming 2021 – and despite the pouring rain, the Wildcats didn’t disappoint. More than 100 Villanova Football alumni from the 1960s to the 2020s returned to their home turf on Oct. 23, joining 7,000-plus Wildcat fans in cheering from the Villanova Stadium stands as the Division I team shut out the Rhode Island Rams 44-0 for a Homecoming victory.

It’s just one of many highlights from an outstanding season: The team finished the year with a 10-3 record, emerged as Colonial Athletic Association conference champions for the first time since 2012, and posted an impressive run up to the quarterfinal round of the NCAA Division I Football Championship Subdivision playoffs.