The Office of Disability Services is open Monday through Friday, 9 a.m.-5 p.m. Staff members are located on the second floor of the Connelly Center.

Prior to the passage of the Americans with Disabilities Act in 1990, there were no defined services for students living with disabilities. As a reaction to the passage of this legislation, former Villanova University President, Father Edmund Dobbin, O.S.A., asked Sister Therese Wenzel to act as the advisor to students living with disabilities. Therese served the disabled community with distinction until her passing in 1994.

After Therese’s death, Father Dobbin asked Steve McWilliams to supervise accommodations for disabled students. Steve, along with Ms. Patti Rich, worked together to form an official Office for Disability Services. In 1997, Steve McWilliams assumed the role of Advisor to Student with Disabilities, in addition to his role as Advisor to International Students.

Greg Hannah came to Villanova in 2009 after working in education both at Monmouth University and Manasquan High School. Greg brought with him a wealth of experience, energy and passion for student services. Greg was instrumental in the formation of LEVEL and he has initiated several programs that have improved the campus landscape for students, faculty, and staff who live with disabilities. 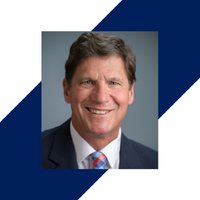 Steve McWilliams has served as an advisor for students living with disabilities since 1993. He handles student advisement, ADA inquiries, academic support and faculty training, and issues of accessibility.

In addition to these responsibilities, Steve produces and directs students in the Social Justice Documentary film courses. He has written, produced, and directed for stage, television, and screen and has written extensively on disability topics including his book, Green Bananas: The Wisdom of Father Bill Atkinson. Father Bill was a quadriplegic priest and Steve was one of his aides. The book details Father Bill’s life after an accident left him paralyzed from the neck below. 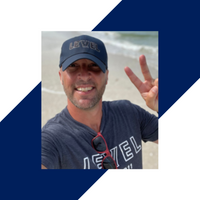 Greg joined the Office of Disability Services in the summer of 2009 with a goal to change the way people see ability on Villanova’s campus. Greg assists in student advisement, ADA inquiries, academic support, faculty training, and creating campus-wide partnerships for student success.

Greg brings years of experience in leadership development, team building, networking, organizational leadership, education, counseling, and social awareness to Villanova University. Greg was instrumental in the creation of LEVEL, a student organization focused on inclusion, accessibility, advocacy, and awareness. Under his leadership, LEVEL has created numerous opportunities for students and its work has been recognized by media locally and nationally. Please reach out to Greg via email or phone with any questions, comments or concerns.