The Show Must Go On

Originally slated for a fall premiere at the new John and Joan Mullen Center for the Performing Arts, live performances of Euripides' Bakkhai took a different stage this past October. 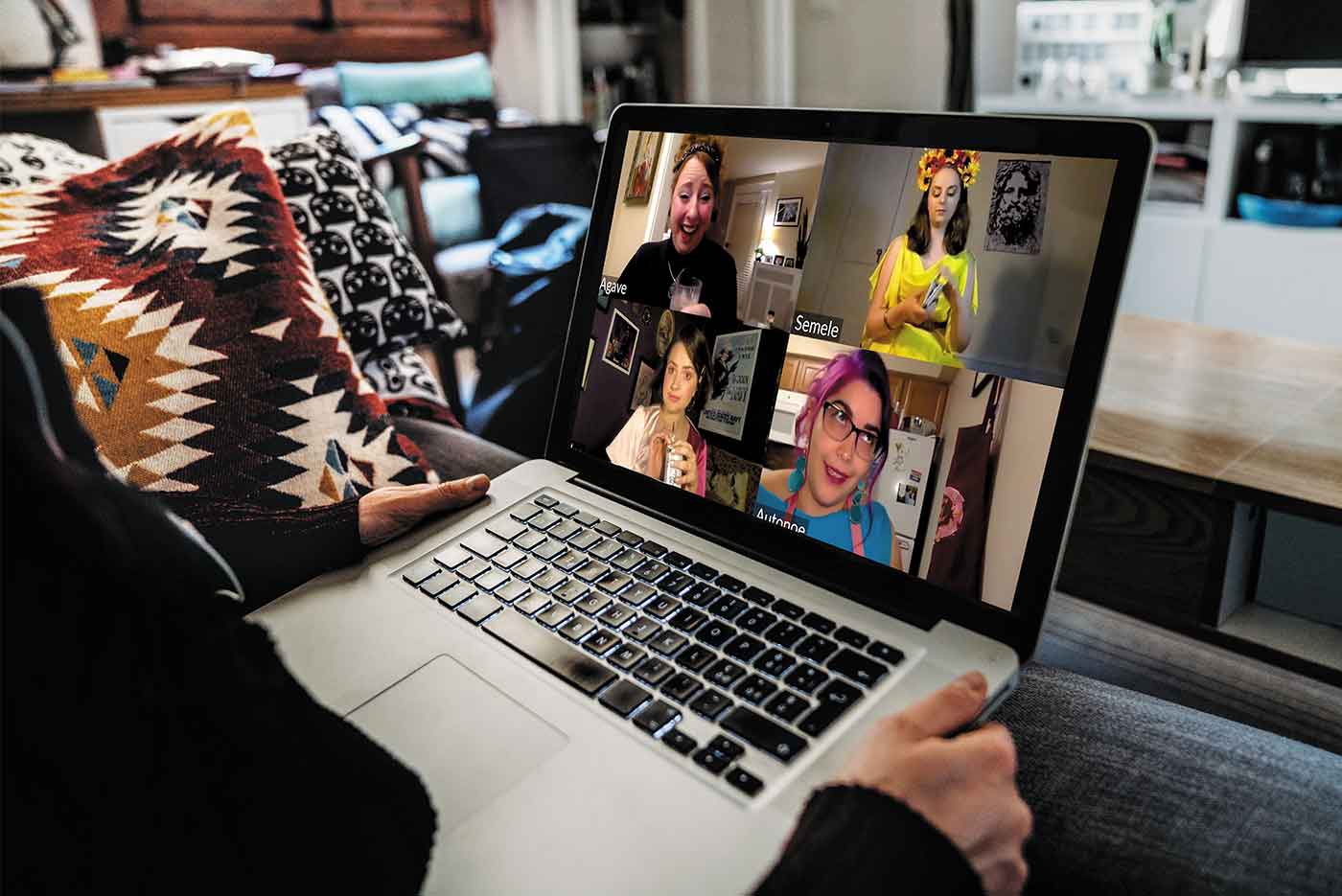 When COVID-19 threatened to halt her fieldwork, this Biology grad student shipped her seashore-dwelling subjects across the country.