The Road to Peace

Villanova hosted a conference of national and international scholars in November 2019 to examine the Second Vatican Council's 1965 Declaration on the Relations of the Church to Non-Christian Religions, or Nostra Aetate (“In Our Time”).

In his greetings to the conference, Cardinal Leonardo Sandri, Prefect of the Congregation for the Oriental Churches, wrote, “I congratulate Villanova University for organizing a conference on a theme that is based on Nostra Aetate. Today, more than ever, this declaration requires reflection and application in order to assure peaceful coexistence of religions and cultures.” 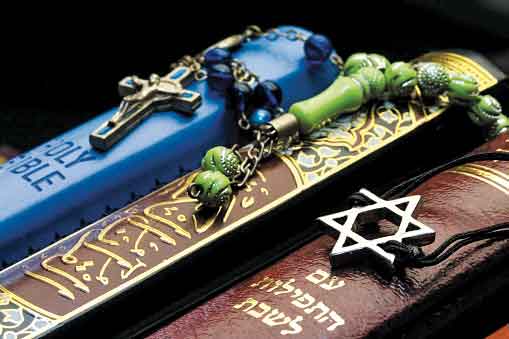 Sessions during the three-day conference delved into the historical and social context of Nostra Aetate, including key events in the emergence of the declaration and its ecclesial and theological origins; reflections on the cultural and historical factors involving interfaith relations; and Nostra Aetate and ecumenicism.

The keynote address, “Nostra Aetate: The Contested, Minimal and Almost Failed Effort to Embrace a Tragedy and Amend Attitudes,” was given by John Borelli, special assistant to the president for Catholic Identity and Dialogue at Georgetown University. Speaking on the genesis and development of Nostra Aetate, Dr. Borelli examined how this “remarkably eloquent” document was the briefest of the 16 produced by the Second Vatican Council, yet its impact has been long-term.

In his remarks to the convening experts, the Rev. Kail Ellis, OSA, PhD, special assistant to the President and dean emeritus of the College of Liberal Arts and Sciences, noted that since its promulgation on Oct. 25, 1965, Nostra Aetate continues to evolve as a result of geopolitical conflicts and current events that make it even more relevant today.

“The resurgence of white supremacists in the United States and the rise of Islamophobia since the terrorist attacks of 9/11 are disturbing trends that serve to highlight this conference’s need to reiterate the goals stated in the groundbreaking document,” said Father Ellis.

As a sound doctrinal basis for interreligious dialogue and relations, Dr. Borelli explains, “Nostra Aetate ushered in for Catholics, and other Christians, an era of extraordinary change in attitude and outreach in conjunction with a new and positive ecumenical policy to promote Christian unity.”

More than 50 years later, the declaration still resonates—in our time—making this conference altogether fitting, says Dr. Borelli. “These relations have had their ups and downs in the last five decades, but, clearly, the implications of Nostra Aetate are far from fully realized.”

This Villanova Magazine online exclusive is an extended version of the Nova-Worthy brief that appeared in our print magazine.

Of the 16 documents produced by the Second Vatican Council, Nostra Aetate was the briefest and most controversial. Initially intended as a statement on Catholic-Jewish relations, it developed into a broader statement of dialogue and respect for the moral and cultural values of Jews, Muslims, Hindus and Buddhists.