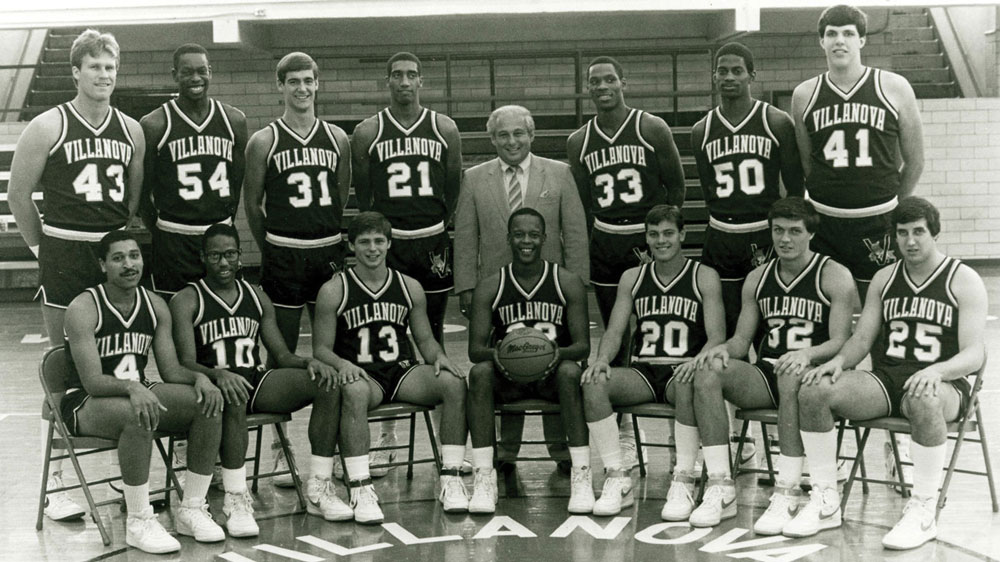 The morning of Sept. 12, family, friends and former players gathered in St. Thomas of Villanova Church to bid farewell to an outstanding figure in University, and college basketball, history. Roland V. “Rollie” Massimino was the head coach of the Men’s Basketball program for 19 years, from 1973 to 1992, and the guiding force who led Villanova to its first NCAA national championship, in 1985.

But Massimino was much more. Indeed, he was mentor, teacher, friend and inspiration to those who came together for the funeral Mass. Numerous messages about how “that man changed my life” reached his family after Massimino died of cancer on Aug. 31 at the age of 82.

“He was my mentor. It’s probably one of the toughest losses I’ve had personally.” —HEAD COACH JAY WRIGHT 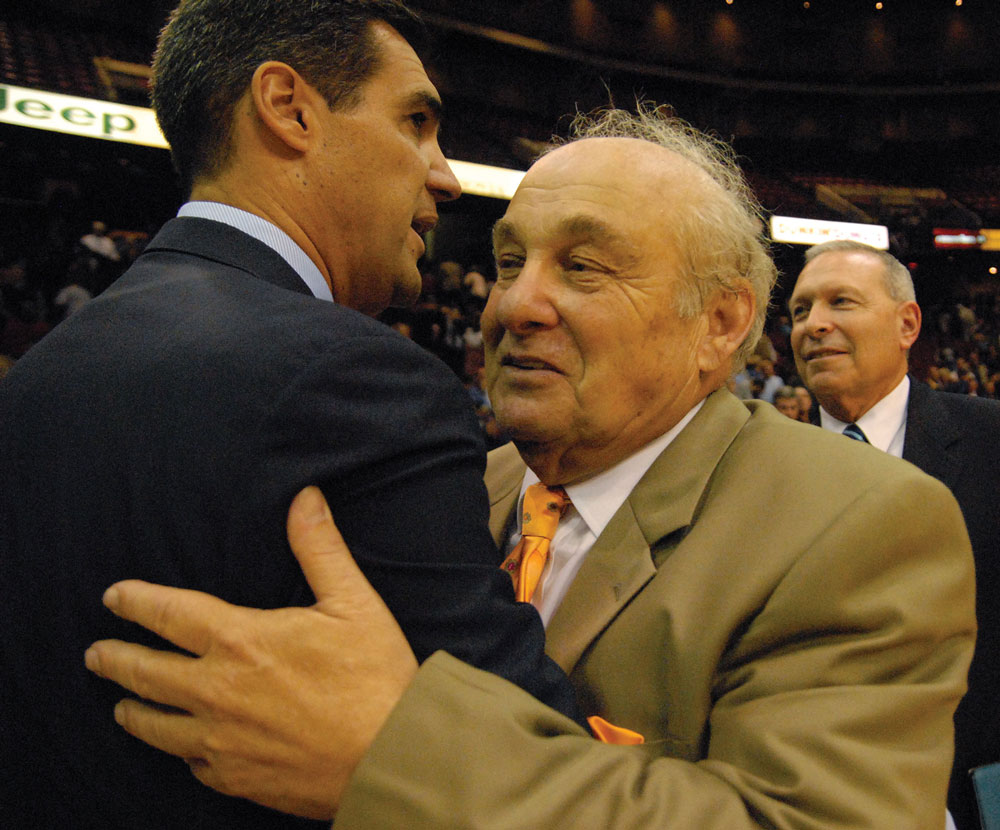 Weeks later, the William B. Finneran Endowed Head Coach for Men’s Basketball Jay Wright, who was hired by Massimino as a Wildcats assistant in 1987 and served seven years by his side, was still contemplating all that “Coach Mass” meant to him, the basketball program and the Villanova community.

“It’s been a tough time,” Wright said. “Coach has been such a huge part of this University since 1973. It’s a big loss to all of us here. There were people in academia he stayed close to, and coaches in other sports—like [Women’s Basketball coach] Harry Perretta—he was always in touch with. For me, he was my mentor. It’s probably one of the toughest losses I’ve had personally. I miss him.”

Tom Massimino, who served as an assistant coach to his father at Villanova, offered a son’s perspective at the beginning of the Mass.

“He always made our family feel special, even when he was a high school coach making $3,600 a year. We had love, each other and pasta. What else could any family want?”

In his remarks, Billy Cunningham, the former Philadelphia 76ers star and coach, who led the team to an NBA championship in 1983, talked about the passion and love for life of the man he called “one of my dearest friends,” the man who never knocked at the Cunninghams’ front door but would walk in and ask, “What’s goin’ on?”

Certainly, 1985 was, Cunningham said, “a phenomenal year for the Massiminos, for Villanova and for the whole community in the basketball world,” but one characteristic of Massimino’s always struck Cunningham. “As a coach, he was never satisfied. He was always trying to improve” his game.

Massimino coached seven seasons at Villanova after the national championship, further cementing himself as an icon of the community and as a nationally known leader in his sport.

“He changed lives. He changed hearts,” said Associate Athletic Director the Rev. Rob Hagan, OSA, JD, ’87 CLAS, who celebrated the Mass and was joined in prayer by fellow friars, including University President the Rev. Peter M. Donohue, OSA, PhD, ’75 CLAS. “Everyone wants to equate Rollie Massimino with the word basketball,” Father Hagan said. “How could you not? But the word that trumps basketball is family. It was his metaphor. It was the way he structured his life. And everybody was family.”

Villanova’s six-game march to one of the most famous upsets in NCAA history is the stuff that sports documentaries and top 10 lists are made of. At Rupp Arena in Lexington, Ky., April 1, 1985, the Wildcats, a No. 8 seed, outshot No. 1 Georgetown by two points to claim the Division I Men’s Basketball Championship.

No name is more closely tied to that victory than that of Rollie Massimino, Villanova’s gesticulating, gumchewing, irrepressible coach. But Coach Mass’ legacy wasn’t built in a day. He called forth the best in his players throughout his career in college athletics.