Dean M. Louise Fitzpatrick, a visionary and pioneer, defined what it means to be a Villanova nurse 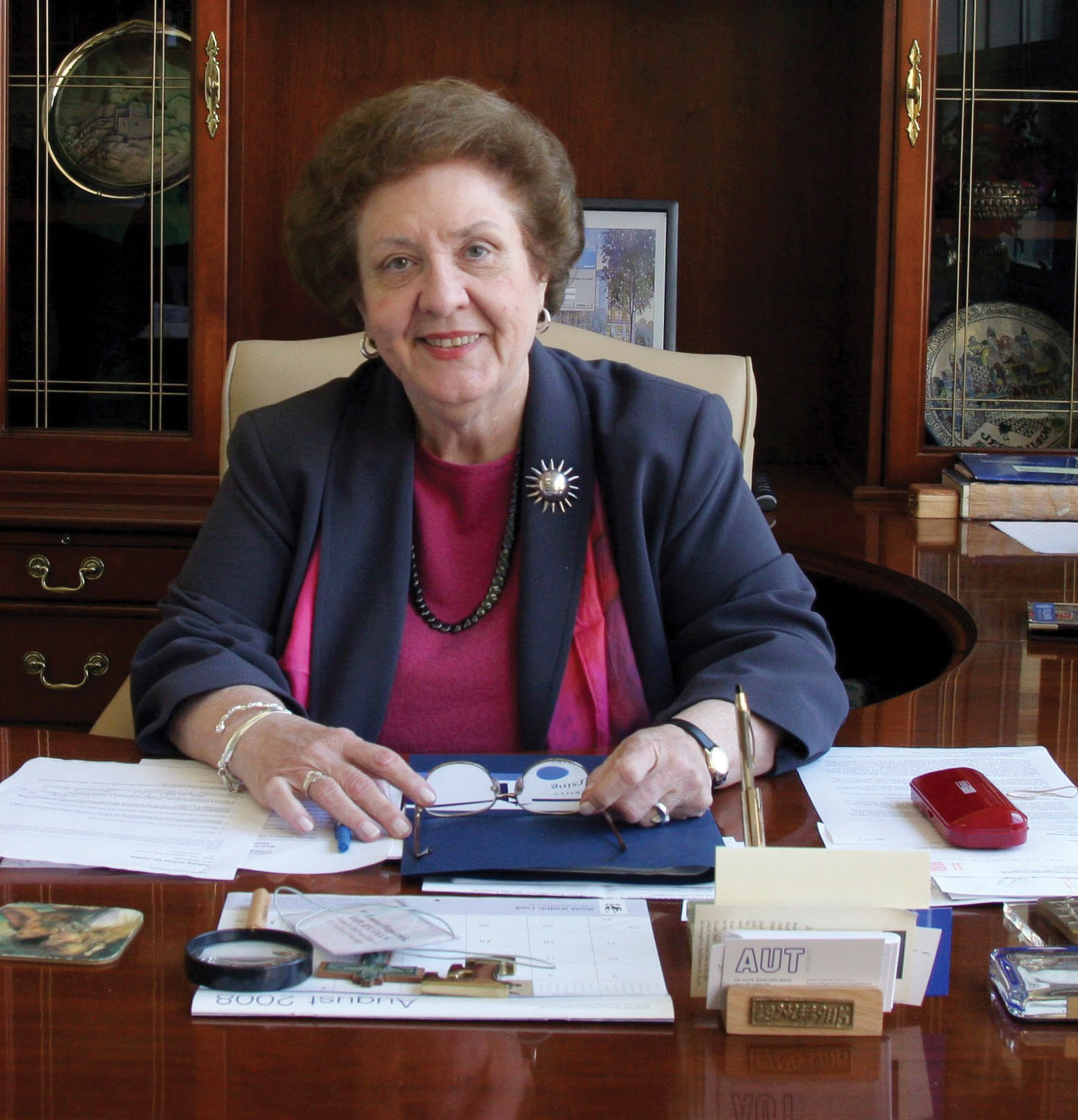 For nearly 40 years, M. Louise Fitzpatrick, EdD, RN, FAAN, faithfully fostered, shaped and nurtured her passion, the Villanova University College of Nursing, into a premier, nationally recognized school. To create her legacy, the Connelly Endowed Dean and Professor did more than rely on evidence-based practice. As an educator and an administrator, she provided new evidence—through her keen vision, independent thinking and pioneering leadership.

Members of the College, Dean Fitzpatrick’s peers and people outside the nursing profession returned her affection and held her in the highest regard. As soon as University President the Rev. Peter M. Donohue, OSA, PhD, ’75 CLAS announced the news of her death Sept. 1, tributes, condolences and recollections from admirers around the globe poured in. 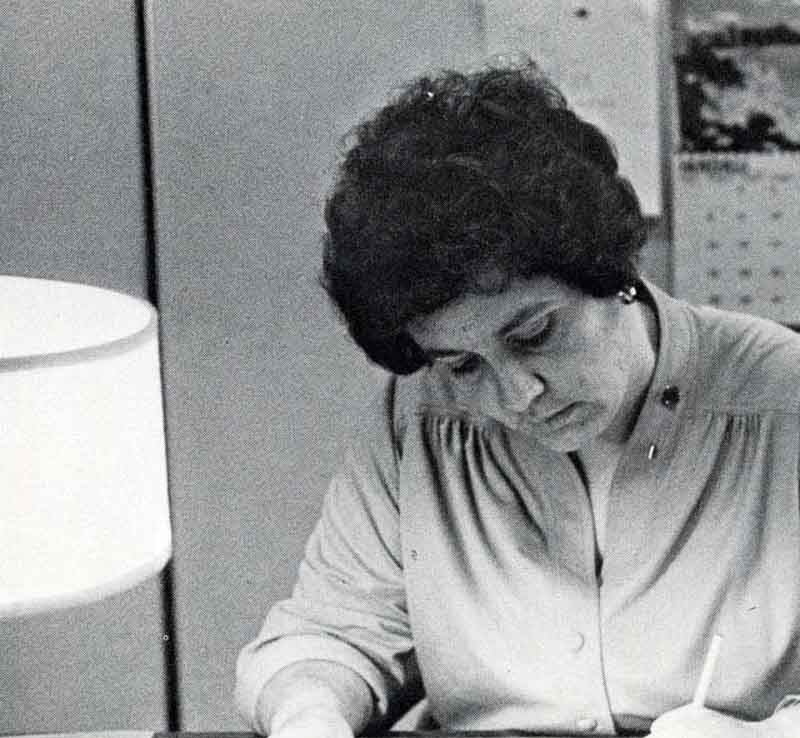 Five days later, faculty, staff, alumni, colleagues, relatives, friends and students filled St. Thomas of Villanova Church for the Mass of Christian Burial, while countless more watched via live stream from around the world. In his homily, Assistant to the President the Rev. Kail Ellis, OSA, PhD, ’69 MA, dean emeritus of the College of Liberal Arts and Sciences, described his longtime colleague as both a “consummate academic” to whom everyone listened and a “sister in Augustine,” devoted to Villanova’s mission and to the province, and affiliated with the Order of St. Augustine.

Near the end of the liturgy, Madeline Bell ’83 CON, president and CEO of Children’s Hospital of Philadelphia and a member of the College’s Board of Consultors, reflected on the influence that Dean Fitzpatrick, who set for her “disciples.” Bell expressed the sentiments of fellow Villanova nurses when she recalled how the dean would “beam with pride at the achievements of students and alumni.”

Stephanie Conners, MBA, RN, NEA-BC, ’93 CON had seen that look of pride on her mentor’s face when she ran into the dean at a conference at which Conners was presenting. As she related in the email that Father Donohue read at the funeral, Conners, the senior executive vice president, hospital chief operating officer and chief nursing officer at Cooper University Health Care, attributes her success to the support that Dean Fitzpatrick showed her as an undergraduate. 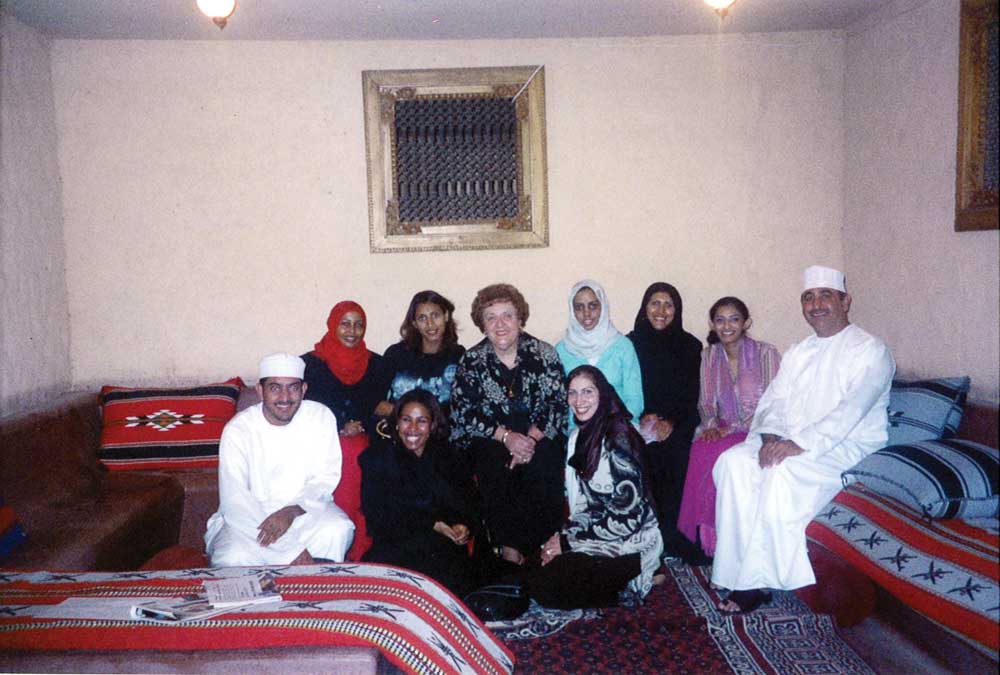 Dean M. Louise Fitzpatrick with Nursing alumni who had participated in a partnership between the College of Nursing and the Ministry of Health in Oman to educate Omani nurses for academic and administrative leadership roles in their country.

“That’s what we remember most about Louise,” Father Donohue added at the end. “She embodied everything Villanova constantly speaks about. She looked after the individual.”

Parents, too, appreciated Dean Fitzpatrick’s personal attention to their children. When they heard that she had died, Robert Biese ’66 COE and his daughter Whitney ’97 CON reminisced about what a blessing it had been to be in the dean’s presence. “The knowledge, mentoring, understanding, compassion and love that she bestowed on every student and staff member— individually—eclipsed all else,” the father said in an email. “Remembering that God does not take life but gives life makes us understand that through Him, Dean Fitzpatrick gave life in the grandest sense to Villanova Nursing programs and all she touched.”

Intellect, integrity and compassion were hallmarks of Dean Fitzpatrick’s tenure, which began in 1978. She expanded the College’s academic programs, including new master’s and doctoral programs, and developed distance learning strategies and clinical simulation laboratory initiatives. During her deanship, the Center for Nursing Research, the Center for Global and Public Health, and the MacDonald Center for Obesity Prevention and Education were established. The College was one of the inaugural schools designated a Center of Excellence in Nursing Education by the National League for Nursing in 2004, and it has maintained that distinction ever since. 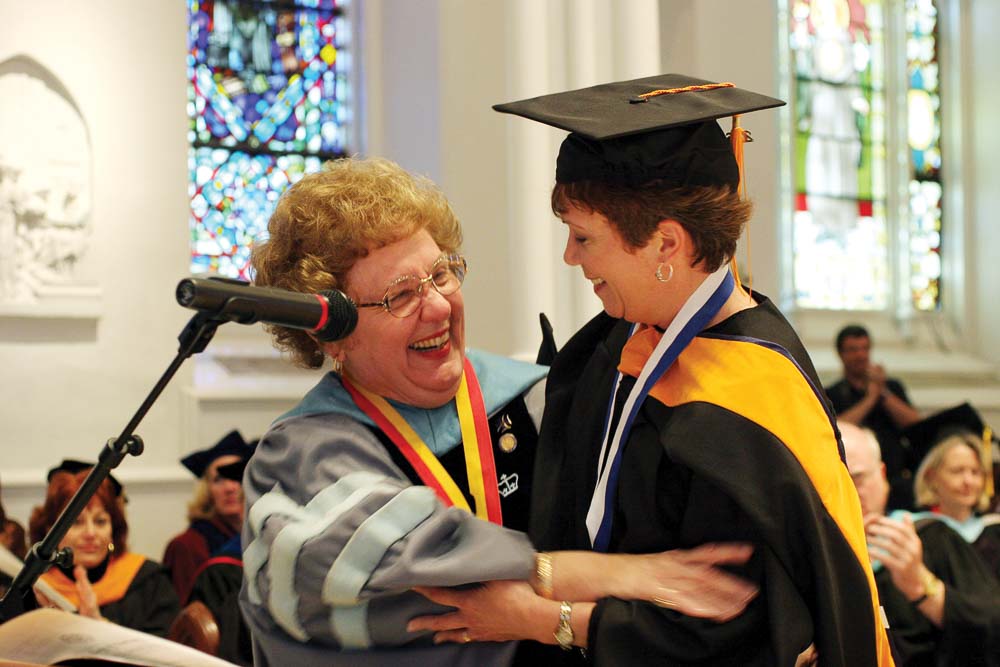 Dean Fitzpatrick globalized the College of Nursing community through study abroad and health promotion opportunities in such countries as Poland, Japan, South Africa, Peru and Nicaragua. In addition, she emphasized multicultural experiences in underserved areas in the United States. Dean Fitzpatrick also forged relationships that brought international students to Villanova. Since 1993, for example, the College has been a pipeline for Oman’s institutional and academic leaders, including top officials in the sultanate’s Ministry of Health.

Rose O’Driscoll, MSN, RN, ’64 CON, who recently retired as assistant dean for Administration, summed up these successes at Commencement in 2015, when the University bestowed on Dean Fitzpatrick an honorary doctorate. “She invests much personal and professional time in developing partnerships, programs and initiatives that educate all students in a forward-thinking way,” O’Driscoll extolled, “while meeting the future needs of this country, including endeavors related to graduate education, cultural diversity and global perspective.”

Before becoming Villanova’s third dean of Nursing, Dean Fitzpatrick taught at Columbia University, where she had earned two master’s degrees and a doctorate, and began building her reputation as a trailblazer in nursing education. She advised graduate students in curriculum development and community health nursing, directed doctoral study in nursing history and nursing education, and worked extensively with international students. The New Jersey native began her education at Johns Hopkins University and completed her bachelor’s degree at The Catholic University of America. 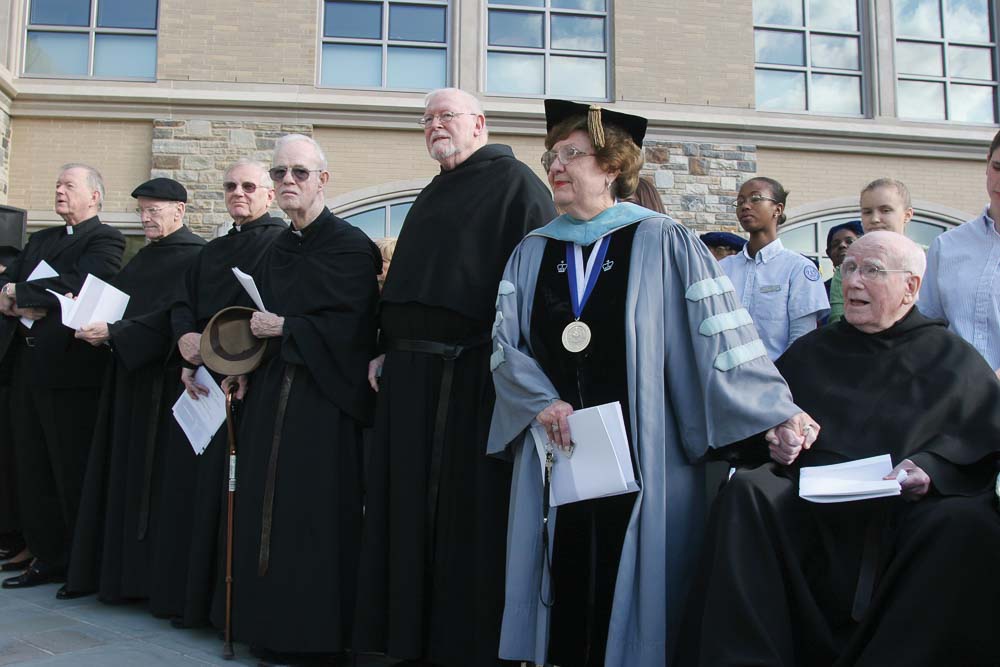 Dean M. Louise Fitzpatrick with the Rev. John M. Driscoll, OSA, PhD, ’48 CLAS, the former Villanova president for whom the College’s building is named, at Driscoll Hall’s dedication in 2008.

Among the prestigious accolades Dean Fitzpatrick received for her influential career were the 2016 Leader of Leaders Award from the National Student Nurses’ Association and the NLN Award for Outstanding Leadership in Nursing Education. But the tributes that likely mattered most to her are the contributions of those who studied and taught in St. Mary’s and Driscoll halls.

“I owe so many of my career decisions to Louise,” wrote Jocelyn Bessette Gorlin, PhD, ’80 CON, a faculty member at St. Catherine University in Minnesota. “She was a pioneer in nursing and my friend, and I will miss her dearly.”