Frank Clancy ’65 VSB, ’71 MA retired in 2014 after 40 years as a tenured professor of English specializing in Irish Literature at Armstrong State University.

Frank Falcone ’70 COE, ’73 MS has been cited by the Philadelphia Section of the American Society of Civil Engineers as its Educator of the Year for 2017. For more than four decades, Falcone has taught at the undergraduate and graduate levels in Villanova’s Department of Civil and Environmental Engineering.

Michael J. Lotito ’70 CLAS, ’74 CWSL, a shareholder at Littler Mendelson PC, has been elected as a fellow of the College of Labor and Employment Lawyers.

The Hon. Frank M. Ciuffani ’73 CWSL retired as a judge of the New Jersey Superior Court in Middlesex County, N.J., and rejoined Wilentz, Goldman & Spitzer PA as of counsel.

Brian M. McNeill ’73 CLAS recently retired after 43 years with the Newtown Township, Pa., Police Department and was selected as the grand marshal of the 2017 Marple Newtown, Pa., Fourth of July Parade.

Marc Goodman ’74 CWSL was sworn in for his fifth term as elected county attorney for Lyon County, Kan.

Robert DiTomasso, PhD, ’76 MS, professor and chair of Psychology at Philadelphia College of Osteopathic Medicine, has been inducted into the Fellowship of The College of Physicians of Philadelphia.

Mark Gibney ’77 CWSL recently served for three years as the inaugural Raoul Wallenberg Visiting Professor of Human Rights and Humanitarian Law at the Raoul Wallenberg Institute in Lund, Sweden. He has since returned to his role as the Belk Distinguished Professor in the Humanities at the University of North Carolina Asheville.

The Hon. Bradford Bury ’78 CWSL, judge of the Superior Court in Somerset County, N.J., has been assigned to the Criminal Division.

Mary Cushing Doherty ’78 CWSL served as one of the course planners for the Pennsylvania Bar Institute’s Family Law Institute.

David R. Laffey ’79 VSB was promoted to executive vice president at LCS Real Estate. He was also appointed to the board of managers for Life Care Companies LLC.

Doug Robison ’79 CWSL was elected to a third term as the presiding judge for the 393rd District Court of Denton County, Texas.

Ed Wallace ’81 VSB published the book The Relationship Engine: Connecting With the People Who Power Your Business.

Thomas F. Kolon, MD, ’84 CLAS, pediatric urologist at Children’s Hospital of Philadelphia, was named the Howard Snyder III Chair in Pediatric Urology and elected secretary of the Medical Staff. As a deacon, he was asked by Bishop David O’Connell to serve on the Planning and Implementation Commissions for Faith in Our Future of the Diocese of Trenton, N.J.

Robert A. Warfel ’84 CLAS was presented the Senior Class Faculty Award at the 2017 Commencement Exercises of the Church Farm School in Exton, Pa., where he teaches World and Advanced Placement Literature, serves as freshman grade level leader, and is head coach of the varsity bowling team.

Retired Navy Capt. Paul Hechenberger ’85 VSB is deputy general counsel at Spirit AeroSystems Inc. He retired in 2015 as a captain in the US Navy Reserve after 30 years of service.

James Pezzotti ’85 COE, ’91 MS has been cited by the Philadelphia Section of the American Society of Civil Engineers as Structural Engineer of the Year for 2017.

Peter G. Callaghan ’86 CLAS, ’89 CWSL was recently inducted as a fellow by the American College of Trial Lawyers.

Thomas A. Costigan ’86 COE was named a Leader of Industry by the Concrete Industry Board Inc.

Karen Buck ’87 CWSL, executive director of the SeniorLAW Center, held the Age Out Loud event in Philadelphia. She was also awarded the 2016 Independence Foundation Senior Public Interest Attorney Fellowship and traveled to Iceland, Japan, Australia and New Zealand to meet with leaders in law, government and aging to share best practices in access to justice.

Gerald B. “Jay” Halt Jr. ’87 COE, president and CEO of Volpe and Koenig PC, has been elected to serve on Villanova University’s Engineering Entrepreneurship Advisory Board for a three- year term.

John R. Mastrocola ’87 VSB was awarded the Howard Rosenberg Award by the National Father’s Day Council for his work with the American Diabetes Association.

Eric A. Packel ’87 CWSL was elected a partner at BakerHostetler in Philadelphia.

Stephen G. Harvey ’89 CWSL and Yolanda F. Pagano ’89 CWSL are co-founders of A Call to the Bar: Lawyers for Common Sense on Climate Change, the lead sponsor of the First National Conference of Lawyers Committed to Addressing the Climate Emergency, held April 28 at American University Washington College of Law in Washington, D.C.

A PICTURE OF DRAMA UNVEILED 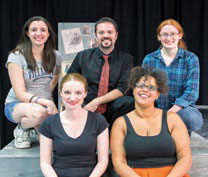 Christopher Cronin ’90 COE was inducted as president of the Providence Engineering Society.

Christopher R. Rourke ’90 VSB has been appointed as president of Berkley North Pacific.

Richard Segrave-Daly ’90 VSB was promoted to general manager of sales for Packaging Corporation of America.

George Broseman ’91 CWSL was elected to the board of directors of Greater Valley Forge Transportation Management Association.

Mark Kinnee ’91 COE, senior vice president at Urban Engineers, has been named to the board of directors of the Philadelphia Highway Information Association.

Dennis W. Cole ’92 VSB has been elected treasurer of the Connecticut Society of Certified Public Accountants.

Paul DuRoss ’94 COE has been named as a vice president for CTA Construction Company Inc.

George Voegele ’95 CWSL was recently named to the Homeless Advocacy Project’s board of directors.

John Giordano ’98 CLAS, ’02 CWSL has joined Archer as a partner in the firm’s Philadelphia office. Giordano recently served as deputy general counsel to the Presidential Transition Team of President Donald J. Trump and was a member of the US Department of Energy Landing Team.

Kim Lengel ’98 MS, vice president for Conservation and Education at the Philadelphia Zoo, has been working to support Pennsylvania legislation sanctioning the importation, sale and possession of ivory and rhinoceros horn in the state. 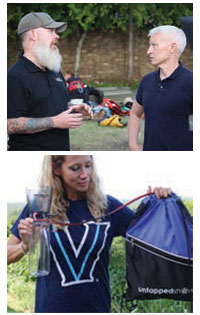 Villanovans across the country took action during hurricane season to help those affected by the storms in the southern United States and Caribbean.

After Hurricane Irma, Elizabeth Schirmer Shores ’07 VSB (bottom left), one of the inventors of a solar-powered water purification technology, traveled to assist communities in the US Virgin Islands and Puerto Rico in need of fresh water.

Carmen Douma-Hussar ’00 CLAS, a member of the 2004 Canadian Olympic team, was inducted into the Cambridge Sports Hall of Fame.

Andrea L. Agalloco ’01 CLAS is a social worker at Mary’s Center in Washington, D.C., and recently married Thomas I. Wallof.

Megan Baksa Dalton ’02 CLAS, ’05 CWSL has been elected to partnership in Wisler Pearlstine LLP and is a member of the firm’s Litigation Practice group.

Michelle Boss Catucci ’02 CLAS has been named the executive director of the Connecticut School Counselor Association.

Shila Nathan ’02 CLAS is the new co-host for iHeartMedia Philadelphia’s “Chio in the Morning” on the Real 106.1 FM.

James Decker ’03 VSB has been promoted to senior vice president of Underwriting by Philadelphia Insurance.

James Ballow ’04 CLAS is the associate director for Partner Products at BAMTech.

Christopher M. Samis ’05 CWSL was honored by Chambers and Partners for his work in bankruptcy and restructuring within Delaware.

Chesley Turner ’05 CLAS was recently appointed as director of the National Shrine of St. Rita of Cascia in Philadelphia.

Michael J. Frantz ’06 CWSL has been appointed to the Division 6 Steering Committee for the American Bar Association Forum on Construction Law.

David A. Strouse ’06 CWSL, district attorney of Clinton County, Pa., was appointed to the Pennsylvania Commission on Sentencing by Gov. Tom Wolf.

Darla Wolfe ’06 MBA has been named chief technology officer at MilkCrate. Wolfe is a member of the Villanova University Alumni Association Board of Directors and the Anne Welsh McNulty Institute for Women’s Leadership Advisory Council.

Daniel Trucil ’08 CLAS, ’11 MA was promoted to assistant director of Communication for the American Geriatrics Society and its Health in Aging Foundation.

Eric Alvarez ’09 CLAS is an associate with Norris McLaughlin & Marcus PA within the Litigation Group.

NOW SERVING ICE CREAM FOR EVERYONE 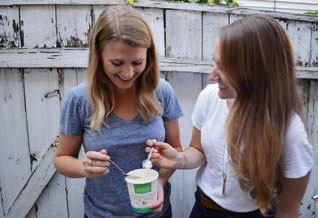 Lifelong ice cream fan Kathryn “Katy” Flannery ’12 CON (left) was heartbroken when she realized that the treat she loved the most didn’t love her back. Discovering her lactose intolerance, Flannery spent her days off from work as a pediatric intensive care nurse in Boston experimenting with different ice cream recipes.

Finally, she was able to develop lactose-free ice cream, using the lactase enzyme, and partnered with her friend Gwen Burlingame ’12 VSB to co-found Minus the Moo.

The company and product—a result of their collaboration—are finding new fans in the northeastern US and beyond. In 2016, Minus the Moo won the nationwide Samuel Adams Brewing American Dream Pitch Room competition, earning a $10,000 grant to grow the business and a year’s worth of mentoring.

Nha Truong ’10 COE, ’12 MS has been cited by the Philadelphia Section of the American Society of Civil Engineers as Young Government Engineer of the Year for 2017.

Cory A. Cuffley ’11 VSB, supervisor at Smith Elliott Kearns & Co. LLC, has been appointed to the executive committee of the South Central Chapter of the Pennsylvania Institute of Certified Public Accountants.

Victoria Feidt ’12 CON graduated from the University of Cincinnati with a master’s degree in nursing as a Family Nurse Practitioner and is now practicing at the PinnacleHealth FamilyCare in Millersburg, Pa.

Nicole Robichaud ’12 VSB has been promoted to lead media planner at 84.51°.

Jack Holtgreive ’14 CLAS earned his Master of Public Administration at American University and is currently working as a portfolio analyst at NeighborWorks Capital in Washington, D.C.

Sadeq Khan ’14 JD/MBA was elected to the board of directors for the Association of Corporate Counsel’s Greater Philadelphia Chapter.

Negar M. Kordestani ’14 CWSL was elected for a three-year term to the Young Lawyers Division executive committee of the Philadelphia Bar Association.

1st Lt. Patrick Loughnane ’14 COE was chosen by his unit (HHB 4-319 AFAR) to represent the US at the Republic of France’s WWII D-Day Commemoration Services. He was one of 300 paratroopers to participate in a mass paratroop jump June 6 at Sainte-Mère-Église, Normandy, France.

Kevin McGrath ’15 CWSL was elected to the board of directors of the Literacy Council of Norristown, Pa.

Chris Shoemaker ’15 MBA has been elected president of the Mid-Atlantic Center for the Arts and Humanities board of trustees.

Matthew Barrett ’16 VSB is working as an associate for WithumSmith+Brown PC. 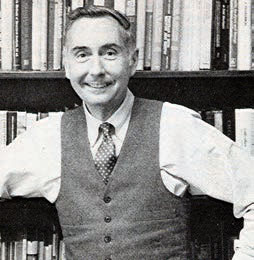 In 1975, Dr. Lynch was named dean of Villanova’s College of Engineering, a position he held until his retirement in 2001. He was the longest-serving dean in the College’s history.

During Dr. Lynch’s tenure, the College grew significantly in size and quality, culminating in the construction of the flagship research and instructional facility, the Center for Engineering Education and Research.

Drosdick Endowed Dean Gary A. Gabriele, PhD, says, “Bob will be remembered for his dedication and mentorship of countless Engineering students, as well as his emphasis on excellence in teaching.”

To honor the former dean’s commitment to undergraduate education, the College created the Robert D. Lynch Award in 2003 and awards it annually to an outstanding graduating senior Engineering student.

Villanova University accepts submissions of news of professional achievements or personal milestones for inclusion in the Class Notes section of Villanova Magazine, online and in print. Concise submissions can be emailed to alumni@villanova.edu; submitted to the online Class Notes at alumni.villanova.edu; or sent by mail to Katie Moran, Villanova Magazine, Alumni Office, Garey Hall, Villanova University, 800 Lancaster Avenue, Villanova, PA 19085. Digital photos should be 300 dpi, JPEG or TIFF format, and at least 3 by 5 inches. (Please note that we no longer accept headshots.) Villanova University reserves complete editorial rights to all content submitted for Class Notes, and posts and publishes listings in as timely a fashion as possible as space permits. Reasonable steps are taken to verify the accuracy of the information submitted, but the University cannot guarantee the accuracy of all submissions. Publication of achievements or milestones does not constitute endorsement by Villanova University.