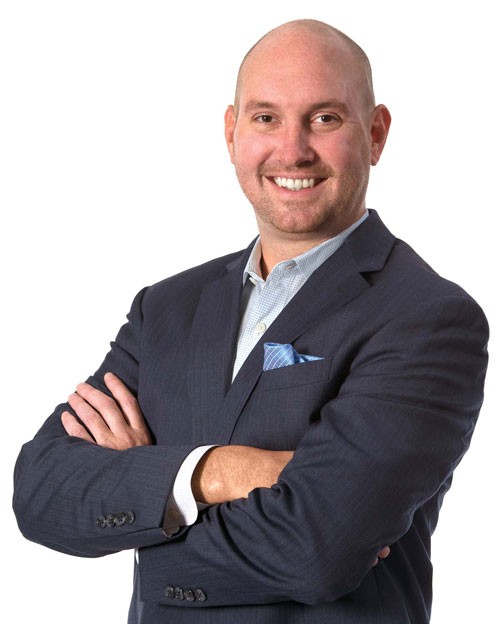 At Commencement 2018, Villanova President the Rev. Peter M. Donohue, OSA, PhD, ’75 placed the hood over Tim Sweeney’s head as he received his bachelor’s degree in Leadership Studies. It was an emotional moment more than 20 years in the making.

Ten years earlier, Tim had been working full time at the Villanova Conference Center. Geographically, he was just down the road from Villanova’s campus. Mentally, he couldn’t have been farther away. He’d left Villanova during his sophomore year in 1998, and he feared that door had closed for good.

One day at work, someone grabbed Tim’s elbow. It was Father Donohue, who recognized Tim from years before, when he had played the piano for one of Father’s Theatre courses.

“It’s high time you came back,” Father Donohue told him.

It was just the push Tim needed. He signed up for a Philosophy class in spring 2007. Completing his first paper in 10 years was a big undertaking, but he ended up with the only A in the class. The professor pulled him aside to tell him that his work was impressive, and that he’d never had a student open a paper with a Beatles quote before.

Along the way, Tim had to recommit with every semester, every class, to the path he had chosen. His support system included his family—with more than 40 Villanova alumni in all—and the close friends and mentors he found in Villanova’s College of Professional Studies.

“I was tired of telling people I had left school, and I was ready to get it done,” says Tim, who started a new job at Liberty Mutual Insurance after graduation. “It was a long climb, but I’m glad every day I did it. Having my degree has changed my life.”

Get to Know Tim 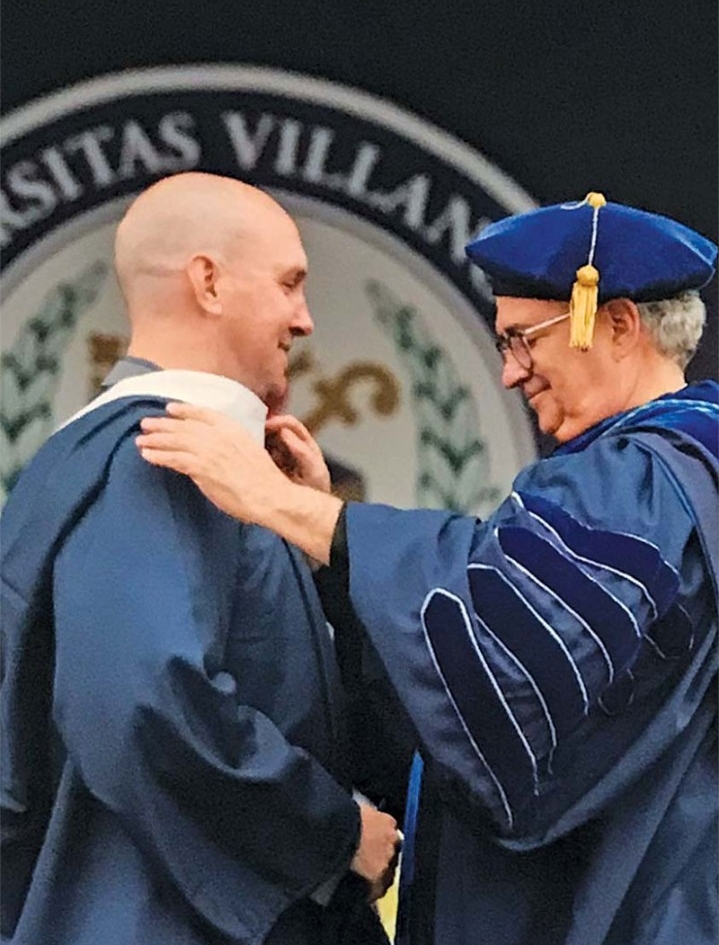 Participant in St. Thomas of Villanova Day of Service

“Tim showed tremendous courage in returning to Villanova to complete his degree after so many years away. I always knew he had what it took to be successful, and I’m proud of him for persisting and for accepting all of the support that Villanova offered.”