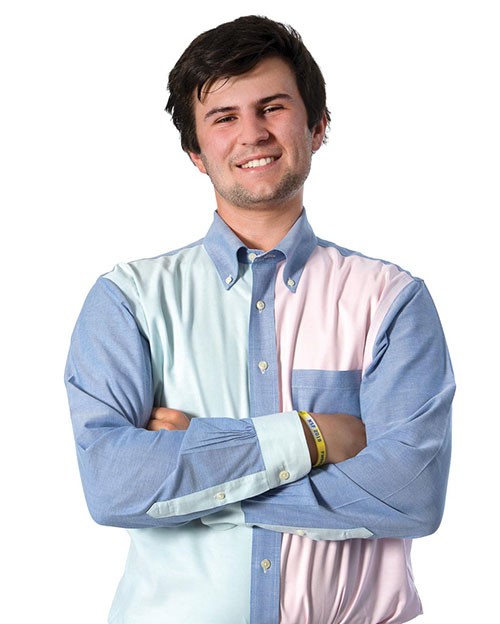 Andrew Wykowski’s college experience has all the hallmarks of a Villanova education. He’s thrown himself into campus life as an Orientation leader, he’s active in student groups, and he’s found purpose and meaning through participating in service trips. However, he had different criteria on his college search than many of his peers.

The first stop on his campus tour was Villanova’s Office of Disability Services (ODS). Less than a year before, Andrew had broken his neck and been temporarily paralyzed in a swimming accident. He had spent months enduring grueling physical therapy and, to the awe of his doctors, therapists and parents, he was walking again with assistance less than four months after the injury—a feat that typically takes two years.

But his ongoing recovery was not forefront in his mind when Andrew met with staff from ODS during that first visit. It was the severe dyslexia that he’d coped with since grade school.

“I’ve worked to find my identity in my disability throughout my whole life, so college for me has been about surrounding myself with people who are supportive and make me feel comfortable to be who I am, and also being that support for others,” he says.

He’s found that at Villanova, especially in LEVEL, a student organization formed to bridge the gap between students with various abilities and disabilities. Academically, Andrew credits the support provided by ODS staff, who made sure he had the technology and other accommodations he needed in class, with helping him to get on and stay on the right track.

“I’ve been accepted and embraced here, and that feeling has been integral for me in growing into the person that I am,” he says.

Get to Know Andrew 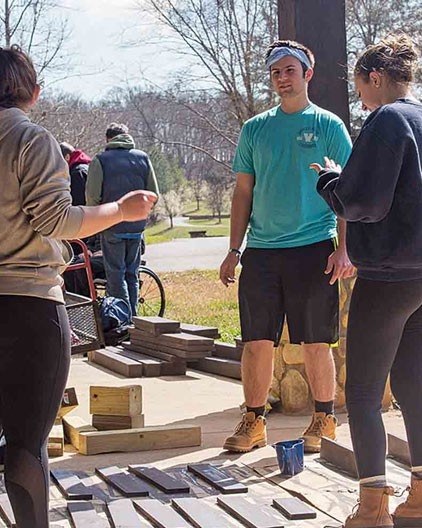 “Andrew’s kindness and commitment to others marks his true presence. He has used his challenges to bring awareness to the broader community about issues of living with a disability. He is introspective, honest with his feelings and possesses a wisdom well beyond his years.”