Villanova had a remarkable year. Faculty continued to innovate as leaders in their fields while engaging their students as true teacher-scholars. For the Greater Great: The Campaign to Ignite Change came to an impressive conclusion, far surpassing its original goal and raising $760 million. And Wildcat student-athletes maintained excellent academic records while also excelling in competition, most notably with the University’s third NCAA Division I Men’s Basketball National Championship. The following is just a sampling of the people and moments that helped to make this year at Villanova a great one.

Leadership at the National Level 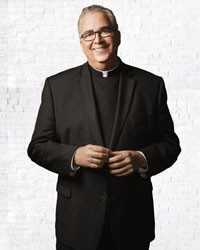 University President the Rev. Peter M. Donohue, OSA, PhD, ’75 added to his impressive record a new role on the Board of Directors of the American Council on Education (ACE), the nation’s leading association for colleges and universities.

On the ACE Board, Father Donohue represents the American Council of Catholic Colleges and Universities and will be a voice for Catholic higher education in the US.

As President of Villanova since 2006, Father Donohue has led the University through an unprecedented period of transformation and increasing national prominence. He has also held key leadership roles regionally and nationally, including as a board member for the Association of Independent Colleges and Universities of Pennsylvania. 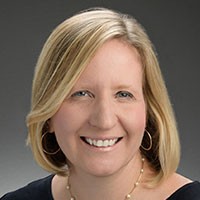 As dean of the College of Professional Studies, Christine Kelleher Palus, PhD, draws upon her impressive record as an academic leader and scholar in the field of public administration. Building on Villanova’s 100-year commitment to adult learners, CPS offers rigorous, innovative and flexible academic programs for high-achieving adults. 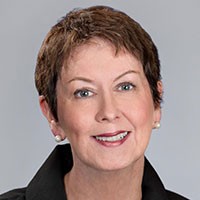 Donna Sullivan Havens, PhD, RN, FAAN, ’83 MSN brings a wealth of national and international experience in nursing practice and education to the role of Connelly Endowed Dean of the M. Louise Fitzpatrick College of Nursing. The College has been recognized nationally for academic and clinical excellence in preparing students for the nursing profession and leadership in health care. 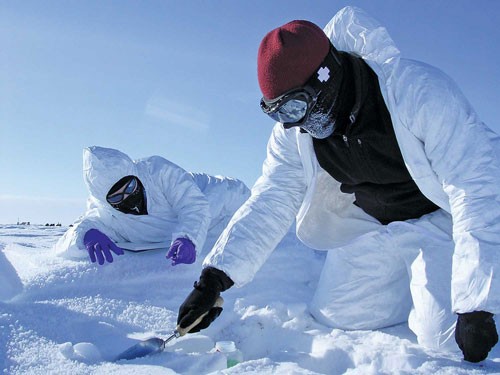 Chemistry Professor Amanda Grannas, PhD, has braved polar bears and traveled to the ends of the earth to study climate change’s impact. Recently, as a leader of a National Science Foundation-supported study, Dr. Grannas significantly advanced her research into the connections between the ocean and the atmosphere.

In partnership with Villanova student researchers and colleagues from the University of Michigan and Bigelow Laboratory for Ocean Sciences, Dr. Grannas led the research team that sent an expedition to the North Pole to investigate how sea-ice loss and rising surface water temperatures in the Arctic are affecting marine aerosols. These changes influence cloud formation, precipitation and, ultimately, the climate.

Dr. Grannas, also associate vice provost for Research, says this study could provide an unprecedented knowledge of the rapidly changing conditions within the Arctic system.

Step Up to the (Virtual) Plate 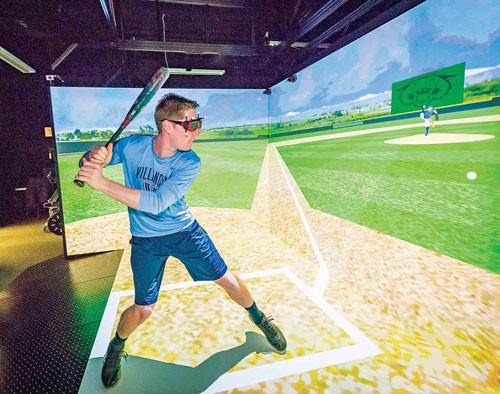 It’s one of the most difficult challenges in sports—hitting a pitched baseball. But with the help of a new technology developed by Mark Jupina, PhD, assistant professor of Electrical and Computer Engineering, baseball players now can improve their skills by taking virtual batting practice.

Called PITCHvr, it is the result of a multidisciplinary project that draws upon data from Major League Baseball to virtually simulate a pitch’s path, velocity, orientation and spin. Hosted in Villanova’s CAVE (Cave Automatic Virtual Environment), PITCHvr has helped Villanova’s baseball players to better differentiate the type of pitch and its location.

“We can create any pitch ever thrown or even show what a 120-mile-an-hour fastball would look like,” Dr. Jupina says.

PITCHvr might be a glimpse into baseball’s future— Dr. Jupina has begun work on a portable version that could be used anywhere.

The Art of the Audit 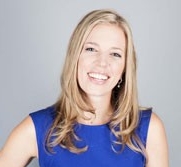 Verifying the accuracy of financial information of public companies provides many challenges, commonly involving coordination of several accounting firms to audit companies’ global operations. Despite the challenges, global group audits are vital to protect investors around the world.

In order to inform standards for these complicated audits, Denise Hanes Downey, PhD, ’05, ’08 MA, the Kevin Tedeschi ’71 Assistant Professor in the Villanova School of Business, embarked on a yearlong research fellowship at the Public Company Accounting Oversight Board (PCAOB), a private-sector, nonprofit corporation that oversees public company audits.

While working in the PCAOB’s Office of Economic Research and Analysis, Dr. Downey, a recognized expert in auditor judgment and decision-making, wrote several papers that pose communication and coordination solutions for group audits. 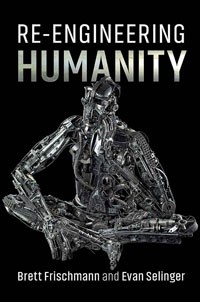 Computers and smartphones, which used to help people manage their lives, now increasingly run them. Devices prompt; users automatically comply. This reprogramming of humanity is happening around the world on every digital platform and has radically changed how people interact.

With the publication of the co-authored book Re-Engineering Humanity, Brett Frischmann, JD, Charles Widger Endowed University Professor in Law, Business and Economics, has cemented his place as a preeminent authority on the ethical social science at the intersection of technology and humanity. He is a sought-after speaker and powerful voice in a world where digital media companies have been under fire for abusing public trust and undermining privacy by mishandling users’ data.

“Digital platforms are shaping what it means to be human. We can’t rely on them to police or research themselves,” Professor Frischmann says.

Sixteen students and alumni were awarded Fulbright U.S. Grants for 2018–2019. These accomplished Villanova scholars will teach and conduct research in countries including the Czech Republic, Serbia and South Korea, again earning Villanova the distinction of being among the nation’s top producers of Fulbright U.S. Students.

Internationally renowned University of Chicago oncologist Olufunmilayo Falusi Olopade, MD, accepted Villanova’s 2017 Mendel Medal for her research into cancer prevention and treatment, focusing on women of African ancestry. The award is given to outstanding scientists who demonstrate that there is no intrinsic conflict between science and religion.

Convening preeminent experts from around the globe, Villanova hosted the international conference “Francis, a Voice Crying Out in the World: Mercy, Justice, Love and Care for the Earth,” an unprecedented theological and historical analysis of this papacy and its relationship to the renewal begun at the Second Vatican Council.

Officials from the Pontifical Council for Culture, International Olympic Committee, higher education and college athletics converged for Villanova’s conference on the intersection of faith and sports— the first to be sanctioned by the Vatican since its inaugural event on the topic. Participants collaborated to explore the potential for collegiate sports and spirituality to transform mind, spirit and body.

Wildcats Are National Champions for Second Time in Three Years 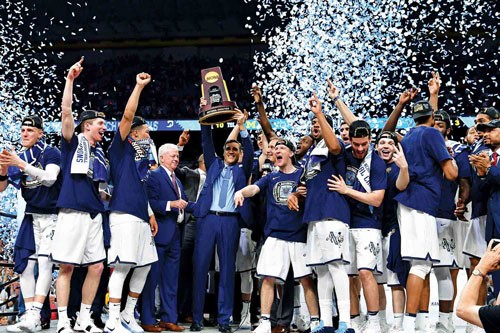 Men’s Basketball cut down the nets on its third NCAA national championship in 2018, leaving lasting memories for Nova Nation and an indelible mark on sports history.

Jay Wright, the William J. Finneran Endowed Head Coach, guided the team to 36 wins during the season, the most in program history, and the Wildcats became the first NCAA Division I team to win at least 32 games in four consecutive seasons. Among numerous Wildcat student-athletes earning national postseason awards were Jalen Brunson, who was the consensus national player of the year; Mikal Bridges, who earned the Julius Erving Award as the nation’s best small forward; and Donte DiVincenzo, who was named Most Outstanding Player of the Final Four.

Beyond individual accolades and highlight reel-worthy moments on the court, though, was a closely bonded team that was recognized for its representation of the core Augustinian value of unity. Together, they rose. Together, through humility, hard work and resilience, they completed a tournament run that has been called the most dominant ever.

Villanova’s nearly 600 student-athletes across 24 varsity programs continued to elevate their elite performance in the classroom and in their sports: 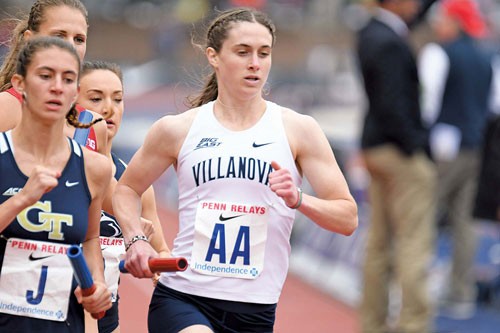 Villanova led all Division I schools with the highest percentage of its athletic programs earning NCAA Public Recognition Awards. A record 18 teams were recognized for having a multiyear Academic Progress Rate score that ranked in the top 10 percent of their sports nationwide.

For the third time in the four-year history of the Big East President’s Award, Villanova earned the 2017–18 honor in recognition of its excellence in academics, athletics and citizenship.

With five victories, Villanova tied its record for most wins at the Penn Relays, the oldest and largest track and field competition in the United States.