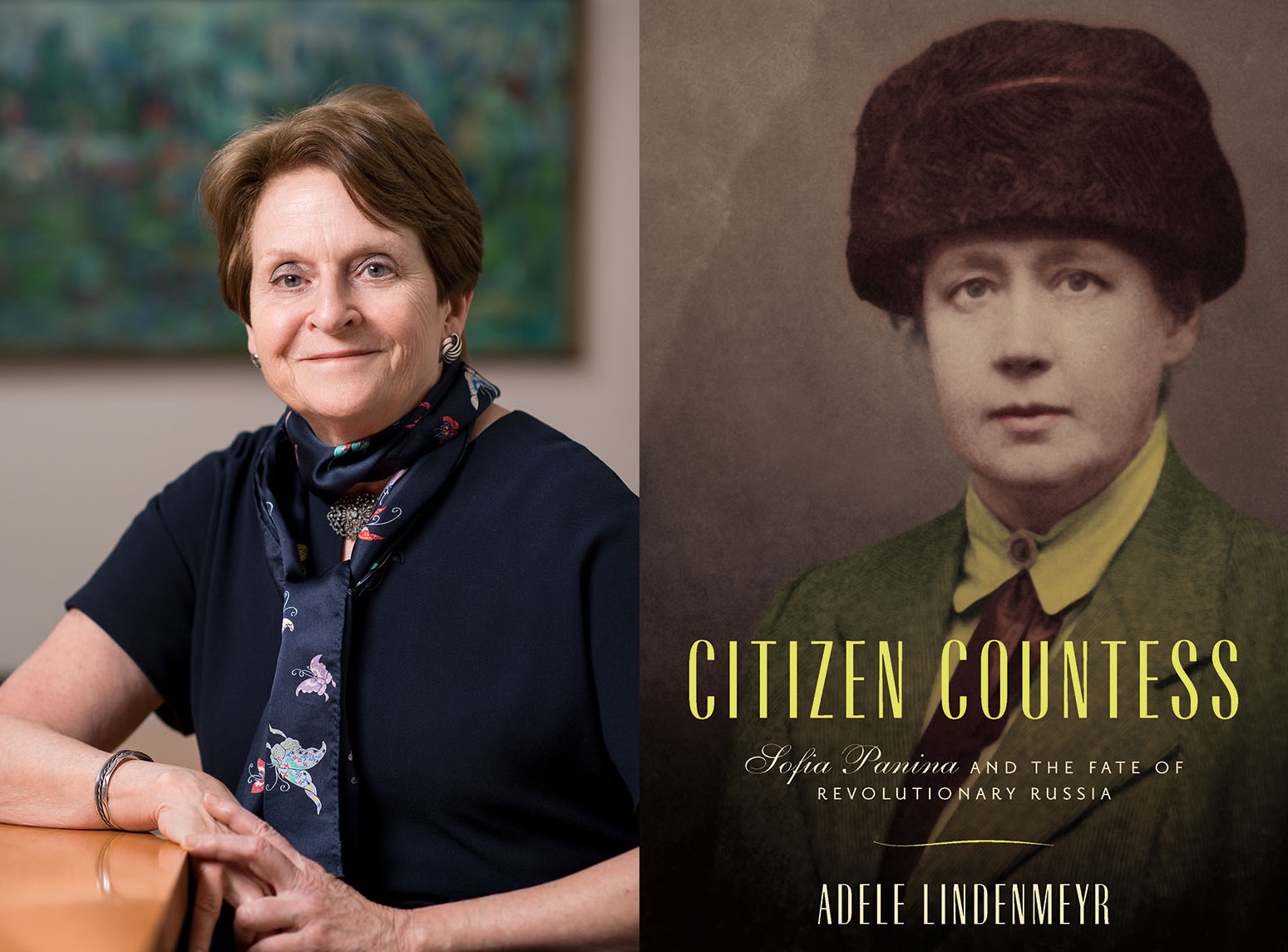 VILLANOVA, Pa. – She was born into a wealthy aristocratic family and dubbed “Russia’s Jane Addams” for her passion for improving the lives of urban workers. She became the first woman in world history to hold a cabinet position, and the first political prisoner to face the Bolsheviks’ terrifying revolutionary tribunal. Countess Sofia Panina was one of the most remarkable women of the generation that made the Russian Revolution, and now her life story has finally been fully told.

In Citizen Countess: Sofia Panina and the Fate of Revolutionary Russia (University of Wisconsin Press, 2019), the first-ever biography of Panina, Adele Lindenmeyr, PhD, Dean of Villanova University’s College of Liberal Arts and Sciences, brings her subject vividly to life. Readers today will connect with the story of a woman who was challenged to constantly reinvent herself, from her early years as one of Russia’s most eligible heiresses to her final decades devoted to humanitarian projects in Europe and the US assisting refugees whose lives—like her own—had been upended by war and revolution.

“Sofia Panina is one of the most important women of the twentieth century that you’ve never heard of,” says Dr.  Lindenmeyr. “Her life documents the successful struggle of so many women in the modern era to emancipate themselves from restrictive class and gender norms.”

Based on Dr. Lindenmeyr’s 20 years of detailed research in numerous archival collections, Citizen Countess establishes Sofia Panina as an astute eyewitness to and passionate participant in the historical events that shaped her life. Her experiences shed light on the evolution of the European nobility, women’s emancipation and political influence of the time, and the fate of Russian liberalism as an alternative to violent revolution.

An expert in Russian history, Dr. Lindenmeyr is the author of Poverty is not a Vice: Charity, Society and the State in Imperial Russia (Princeton University Press, 1996) and coeditor of Russia’s Home Front in War and Revolution, 1914–1922 (Slavica Publications, 2018). She has presented her research at several international conferences, including the annual Convention of the Association for Slavic, East European, and Eurasian Studies, (ASEEES), the Woodrow Wilson Center’s Kennan Institute Seminar on the 1917 Russian Revolution and the University of Notre Dame Workshop on the Russian Revolution of 1917.  She received her PhD in History from Princeton University.

Citizen Countess will be the subject of a book discussion and roundtable on Sunday, November 24 at 10 a.m. at the 2019 ASEES Convention in San Francisco.   Dr. Lindenmeyr will offer a reading of Citizen Countess on Wednesday, February 5, 2020 at 4:30 p.m. at Falvey Memorial Library on Villanova’s campus. It is free and open to the public.  For more information on the book, please visit www.sofiapanina.com.