Sankofa was one of 16 winners from more than 1,600 entries around the world 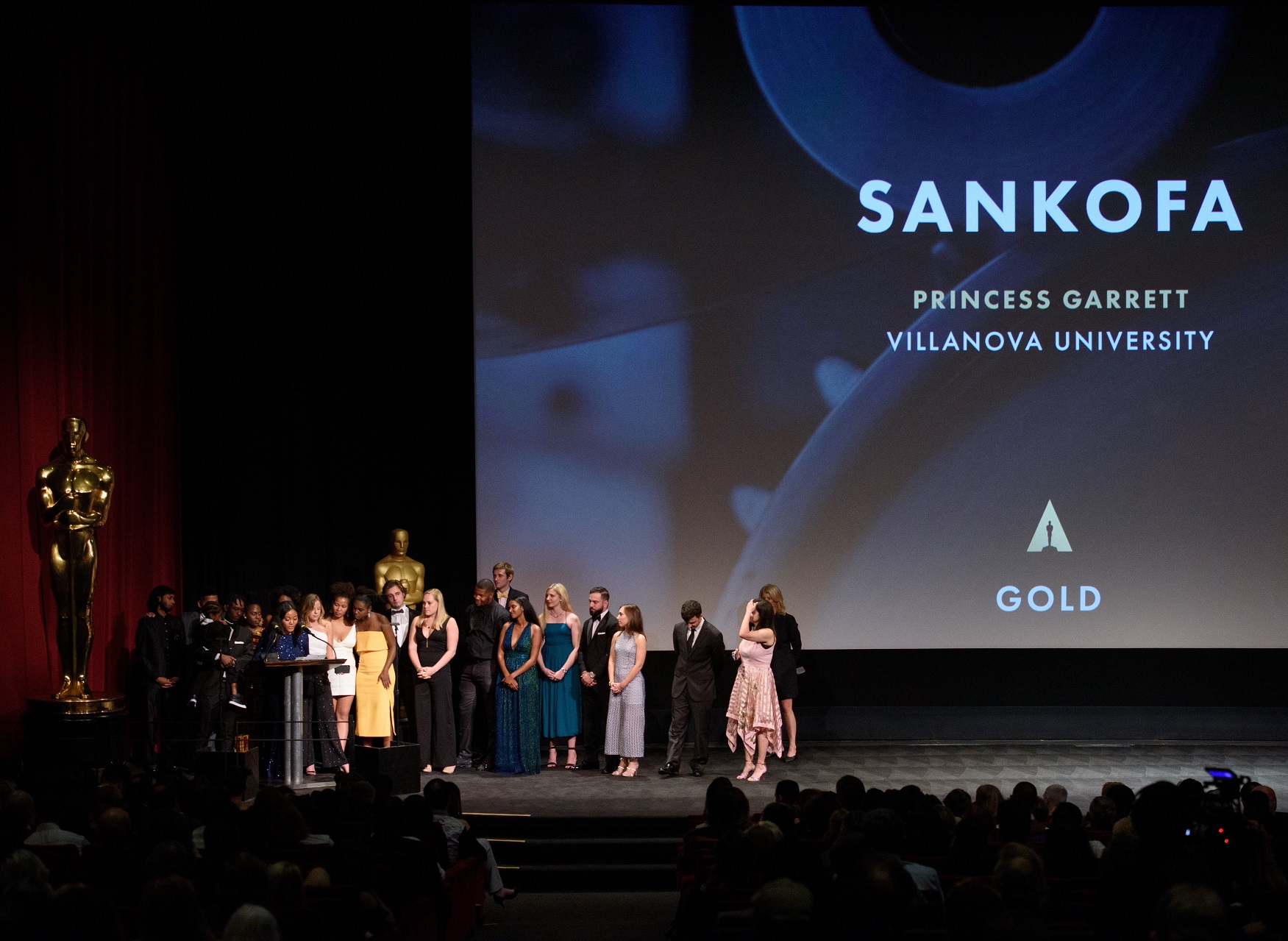 VILLANOVA, Pa. — The Villanova University student-produced social justice documentary, Sankofa, had already been announced as one of 16 Student Academy Award winners for 2019. But on Thursday night, Oct. 17, at the 46th Student Academy Awards ceremony held at the Samuel Goldwyn Theater in Beverly Hills, Calif., Sankofa was honored with the top prize—receiving the gold medal in the Documentary/Domestic Film Schools Category. The documentary is now eligible to compete for the 2019 Oscars in the Documentary Short Subject category.

This is the first Student Academy Award for Villanova in the University’s fourth time selected as a finalist for one of its films in the documentary category. Sankofa was one of 16 winners from more than 1,600 entries around the world.

The Columbia University documentary, Something To Say, was awarded the silver medal in the Documentary/Domestic Film Schools Category. All That Remains, a film produced by students at University of California, Berkeley, took home the bronze.

“Thank you to the Academy for this incredible honor,” said Princess Garrett, Sankofa’s director, at Thursday night’s awards ceremony. “Sankofa will always be about the art of storytelling, using the art of film to break down cultural barriers, challenging our own preconceived notions of the world and sharing this with others. Above all, we always wanted to challenge perspectives and promote dialogue among people so that we can begin and continue to talk about issues rather than hide from them.”

Created and produced by 21 Villanova students under the name Riptide Pictures, Sankofa tells the story of mental slavery and its negative systemic impact on black males across the world. The film explores the complexities and parallels between the United States and Ghana to illuminate the prevalence of mental slavery internationally. Riptide Pictures shot on location in Ghana and the U.S. during the fall of 2017. Click here to view the trailer for the documentary.

“These students are the first in the history of Villanova University to win a Student Academy Award—which is an amazing honor,” said Hezekiah Lewis, Teaching Professor of Communication. “They have been on a historical journey and I am honored to be on this journey with them. Sankofa is a film that will challenge you and it takes a brave group of students to take on such a deep subject matter.” 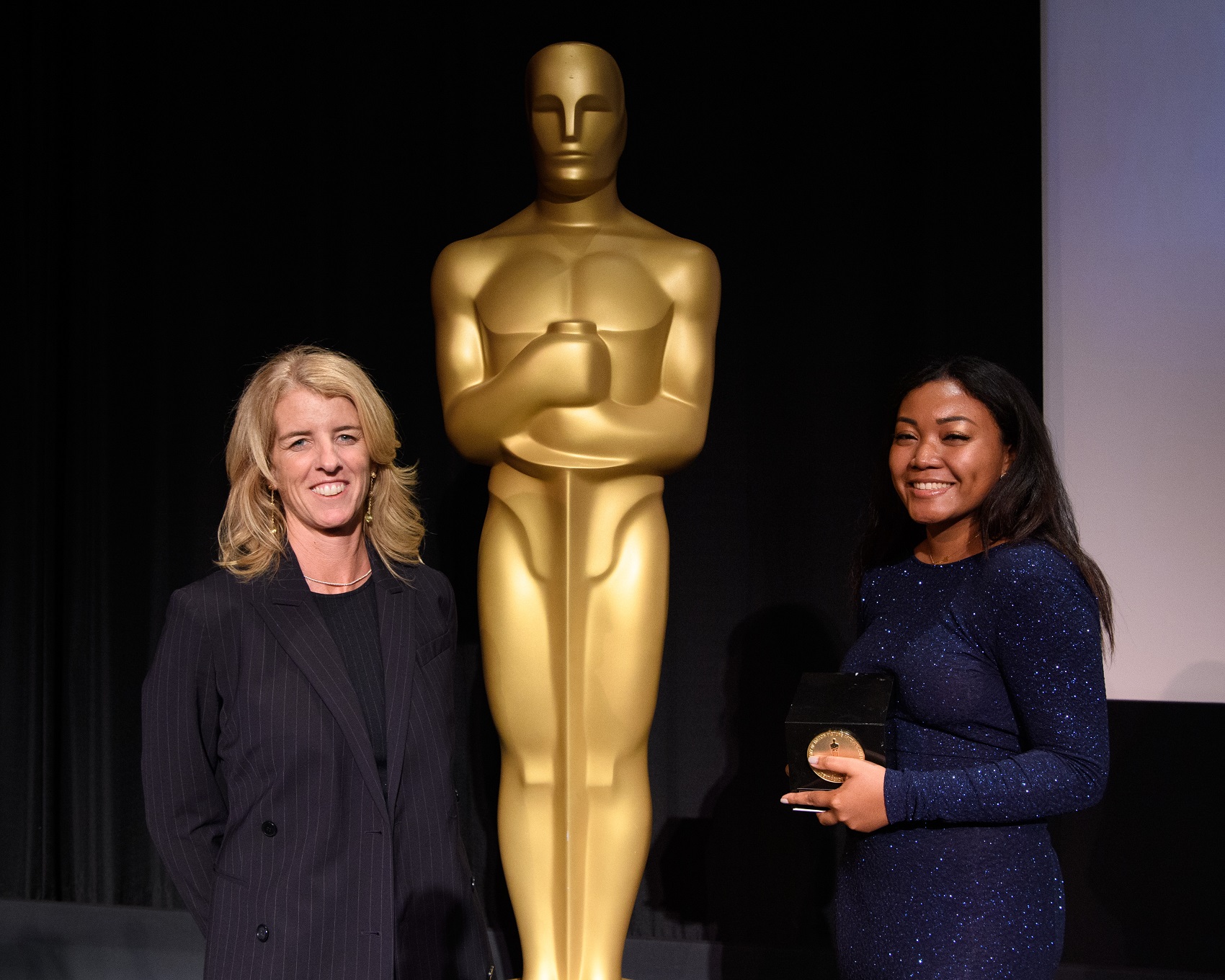 In addition to the Student Academy Award, Sankofa has been selected to seven film festivals worldwide, receiving first place in the Student category at the 2019 San Francisco Black Film Festival. Since the documentary debuted in May 2018, several students have gone on to pursue careers and work in the film and entertainment industries.

“This award-winning documentary testifies to Villanova students’ outstanding creativity, work ethic, and commitment to giving a voice to those who need to be heard,” said Adele Lindenmeyr, PhD, Dean, Villanova University College of Liberal Arts and Sciences. “We are immensely proud of the recognition that the Academy has justly given Sankofa, as well as the work of all of our social justice documentary film students and their professors.”

Riptide Pictures was formed in Lewis’ Social Justice Documentary course in the University’s College of Liberal Arts and Sciences. The course gives students an opportunity to create documentary films that spotlight a contemporary social justice issue. The class is made possible through the support of Villanova’s Waterhouse Family Institute for the Study of Communication and Society.

The Student Academy Awards is an international student film competition conducted by the Academy of Motion Picture Arts and Science and the Academy Foundation. The Academy established the Student Academy Awards in 1972 to support and encourage excellence in filmmaking at the collegiate level. Each year, college and university film students from all over the world compete for awards and cash grants, with films being judged in seven categories.