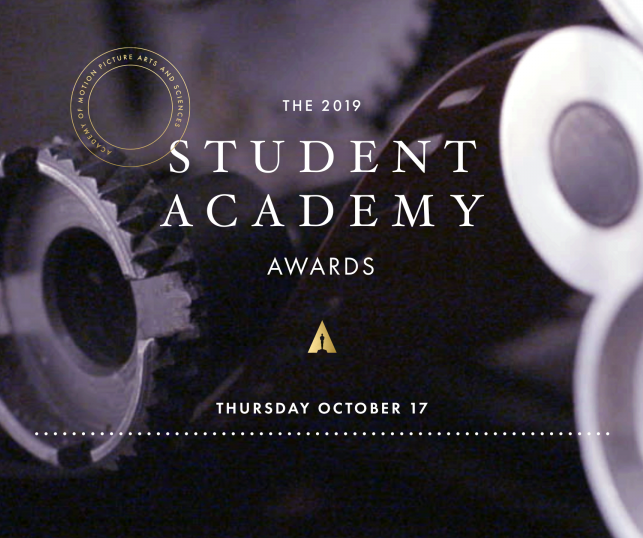 Sankofa was one of 16 winners from more than 1,600 entries around the world. The documentary is also now eligible to compete for the 2019 Oscars in the Documentary Short Subject category.

Created and produced by 21 Villanova students under the name Riptide Pictures, Sankofa tells the story of mental slavery and its negative systemic impact on black males across the world. The film explores the complexities and parallels between the United States and Ghana to illuminate the prevalence of mental slavery internationally. Riptide Pictures shot on location in Ghana and the U.S. during the fall of 2017. Since the documentary debuted in May 2018, several students have gone on to pursue careers and work in the film and entertainment industries. Click here to view the trailer for the documentary.

“As a production company, Riptide Pictures was created to produce a story that was authentic and rooted in the amazing communities that allowed us intimate looks in their lives. Sankofa is a product of passionate discussions, late nights, and reflection of ourselves and how we operated in and saw the world. I am incredibly honored to be apart of it and to continue to share the message. The Student Amademy award win is a huge honor, but even more so is the stories that we were able to bring to life in film from Marcquis and Godsway!”

In addition to the Student Academy Awards, Sankofa has been selected to seven film festivals worldwide, receiving first place in the Student category at the 2019 San Francisco Black Film Festival.

Riptide Pictures was formed in Communication professor Hezekiah Lewis’ Social Justice Documentary course in the University’s College of Liberal Arts and Sciences. The course gives students an opportunity to create documentary films that spotlight a contemporary social justice issue. The class is made possible through the support of Villanova’s Waterhouse Family Institute for the Study of Communication and Society.

“These students are the first in the history of Villanova University to win a Student Academy Award—which is an amazing honor,” said Hezekiah Lewis, Teaching Professor of Communication. “They have been on a historical journey and I am honored to be on this journey with them. Sankofa is a film that will challenge you and it takes a brave group of students to take on such a deep subject matter.”

The Student Academy Awards is an international student film competition conducted by the Academy and the Academy Foundation. The Academy established the Student Academy Awards in 1972 to support and encourage excellence in filmmaking at the collegiate level. Each year over 1,700 college and university film students from all over the world compete for awards and cash grants, with films being judged in seven categories.