Research by Edward Kim, PhD, and Troy Shirangi, PhD, will work toward advances in the fields of artificial intelligence and neurobiology, respectively.

NSF CAREER awards are conferred “in support of early-career faculty who have the potential to serve as academic role models in research and education and to lead advances in the mission of their department or organization,” according to the NSF. Both professors received five-year grants, Kim for $494,966 and Shirangi for $645,320.

“The selection of these two Villanova professors as NSF CAREER Award recipients highlights the talent and impact of our outstanding teacher-scholars,” said Amanda Grannas, PhD, Associate Vice Provost for Research and professor of Chemistry. Grannas, a 2006 recipient of an NSF CAREER Award, continued, “This award has a transformative effect on the research trajectory of early-career faculty. We congratulate Dr. Kim and Dr. Shirangi on this remarkable achievement.” 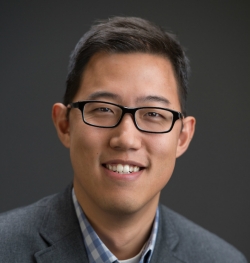 Through his CAREER Award-supported research, Kim, an expert in computer vision, proposes to take the current paradigm in AI, a machine learning technique known as “deep learning,” to a new level. While deep learning is good at matching specific patterns for specific tasks, research has shown that it cannot generalize to different tasks and has no real understanding of what it is doing, according to Kim.

The objective of Kim’s research is to explore a new kind of AI framework that mimics how the human brain senses and understands the world. This new AI system will learn much like an infant learns, by simply observing the world and learning through observation. Eventually, Kim notes, the model learns the structure of the world and existing associations—and will even have the ability to accurately make predictions. It will utilize a new type of computer chip that communicates information in the same way that neurons in the brain communicate.

“Our research has the potential to transform how the field creates intelligence in machine learning. This biologically-inspired approach can learn robust representations of the world, without human intervention or supervision,” Kim said. “Our model learns about the physics of the world, it learns how to associate concepts together and can even predict future events without explicitly being told to do so. Ultimately, we believe that our research could be a plausible building block to an artificial intelligence that has a better understanding of the world in which we live.”

Collaborating in Kim’s research will be a working group consisting of researchers from the University of Delaware, Los Alamos National Laboratory, the Naval Research Laboratory and Intel Corporation. Educational outreach sponsored as part of Kim’s research will include programs designed to attract non-STEM majors to computer science; research experiences for undergraduates with an emphasis on underrepresented recruitment; and advanced graduate level course curriculum development focused on assistive technology. In addition, students will have direct involvement with Kim’s research either in his laboratory or in collaboration with government and industry members of his working group.

“While it is important for our students to research the technology, it is equally important to know how the technology affects society at large,” Kim stated. “I have built strong connections with several government, academic, and industry partners, and am leveraging all of these networks to give our students a bigger perspective on our research efforts.” 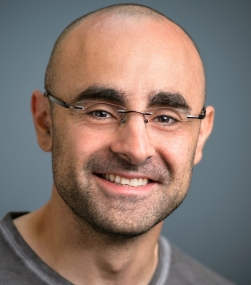 For more than a century, fruit flies have provided a powerful biological system for genetic and developmental studies. In the past few decades, a number of genes have been identified that influence the male and female fly’s mating behaviors. Shirangi and his research team will study how genes create the potential for an innate behavior into an animal’s nervous system. By pinpointing where certain behavioral genes are expressed in the nervous system, Shirangi’s laboratory can find the neural circuits in the fly’s brain that generates male and female behavior, and then explore how a given gene influences the development or function of the nervous system so that it produces behavior. Since, at the genetic and cellular levels fruit flies are very similar to other animals, including humans, Shirangi believes his research will eventually shed more light on how genes contribute to neural development and behavior in humans.

“This work will give us insights into how genes build neural circuits in the brain during development that generate behavior,” Shirangi said. “Many neurological diseases in humans result from alterations in genes that contribute to the development of the nervous system. And since the basic mechanisms that build brains are similar across animal species, the things we learn in flies will tell us something about how these processes may be altered in human disease.”

“By investigating the neurogenetics of fly behavior, we have a chance to uncover general principles that underlie nervous system development, which could inform how genes contribute to human development and behavior,” he added.

As part of the educational plan for his NSF CAREER award, Shirangi has partnered with two local high schools, including one with students from underrepresented communities, to bring authentic research experiences to the high school students. He hopes to learn how participation in ‘real’ science could affect the attitudes that students have towards Science, Technology, Engineering and Math (STEM) subjects. Students in both high schools will take part in Shirangi’s research.