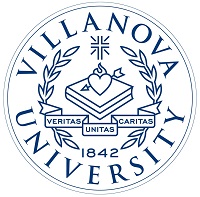 VILLANOVA, Pa. – Villanova University today announced the appointment of four new members to its Board of Trustees. George W. Coleman, retired vice chairman of Global Equities, Credit Suisse Group AG; the Rev. Anthony B. Pizzo, OSA, prior provincial of the Augustinian Province of the Midwest, Canada and Peru; Anne K. Roby, PhD, senior vice president of Linde plc; and David S. Wilkes, MD, dean of the University of Virginia School of Medicine, joined the 35-member Board effective Jan. 1. Additionally, Mary D. Naylor, PhD, RN—a member of Villanova’s Board of Trustees since 2010—was elected as secretary of the Board. Naylor is the Marian S. Ware Professor of Gerontology and Director of NewCourtland Center for Transitions and Health at the University of Pennsylvania School of Nursing.

“We are pleased to welcome George, Father Pizzo, Ann and David—four dedicated Villanova alumni—to our Board of Trustees,” said the Rev. Peter M. Donohue, OSA, PhD, president of Villanova University. “They are leaders in their professional roles and in their communities, and I look forward to having their expertise and experience as we continue to chart the future direction of the University.”

George W. Coleman ’78 VSB retired from his position as vice chairman of Global Equities at Credit Suisse, a leading international financial services company, in 2015. Coleman had previously served as managing director and head of Americas Equities for Credit Suisse, where he held various leadership positions for more than 25 years. Before joining Credit Suisse, he was an account executive with Integrated Sources Inc. Coleman is an active member of the Villanova community, having served on the Campaign Executive Committee for the University’s recently completed comprehensive capital campaign, For the Greater Great: The Villanova Campaign to Ignite Change, and chairing the Regional New York Campaign Committee. Additionally, he was a former member of the President’s Advisory Council and the Villanova School of Business (VSB) Dean’s Advisory Council. In 2018, Coleman was the recipient of the Rev. Joseph C. Bartley, OSA, Alumni Medallion, awarded by VSB. He is an active member of his local community, having served as a past board member of Shepherds, a mentoring and scholarship nonprofit based in Bridgeport, Conn., as well as on the Wall Street Committee for St. Jude Children’s Research Hospital. Coleman and his wife, Katie, are also involved with the Wakeman Boys and Girls Club of Fairfield, Conn.

A resident of Fairfield, Conn., Coleman graduated from VSB in 1978 with a Bachelor of Science in Accounting. Two of the Colemans’ children, daughters Casey ’08 and Kimberly ’11, are also Villanova University graduates.

The Rev. Anthony B. Pizzo, OSA, ’78 CLAS is prior provincial of the Augustinian Province of the Midwest, Canada and Peru. Before being named Prior Provincial, he spent 12 years as pastor of St. Rita of Cascia Catholic Parish in Chicago. During that time, Father Pizzo served for 11 years as dean of Vicariate V of the Archdiocese of Chicago. Prior to that, he spent two years as the director of Spiritual Formation for El Instituto de Liderazgo Pastoral at the University of Saint Mary of the Lake/Mundelein Seminary in Mundelein, Ill.  Father Pizzo holds leadership and advisory roles with a number of organizations, including Southwest Organizing Project; Chicago Project for Violence Prevention (University of Illinois Chicago, School of Health); Catholic Campaign for Human Development; National Catholic Council for Hispanic Ministry; and Priests for Justice for Immigrants of the Office for Human Dignity and Solidarity in the Archdiocese of Chicago.

Father Pizzo graduated from Villanova University in 1978 with a Bachelor of Arts in Philosophy from the College of Liberal Arts and Sciences. He went on to earn his Master of Divinity in 1983 from Catholic Theological Union and was ordained to the priesthood in 1984. Father Pizzo has graduate certification in Hispanic Theology and Ministry from Catholic Theological Union. He resides in Chicago.

Anne K. Roby, PhD, ’86 COE is senior vice president of Linde plc, a global leader in industrial gases and engineering. Named to that role in 2014, Dr. Roby is responsible for the company’s global functions, which include operations excellence; research and development; global procurement; sustainability; and health and safety. She also leads Praxair Surface Technologies, Electronic Materials and the Global Helium businesses. Dr. Roby joined Praxair in 1991 and was named global marketing manager for Chemicals and Refining in 1996. She has held a number of leadership roles within the company, including president of Praxair Electronics, president of Praxair Asia, vice president for Global Sales and vice president of the US South Region. Dr. Roby is an involved alumna of Villanova’s College of Engineering, serving on its advisory council and, in 2016, was recognized for her outstanding leadership with the College’s J. Stanley Morehouse Memorial Award. She currently serves on the Board of Directors for the Western Connecticut Health Network.

Dr. Wilkes has co-authored more than 100 research papers, holds six U.S. patents and is founder and chief scientific officer of ImmuneWorks, Inc., a biotech company that develops novel treatments for immune-mediated lung disease. Additionally, he is national director of the Harold Amos Medical Faculty Development Program for the Robert Wood Johnson Foundation and has served on several advisory boards and committees of the National Institute of Health. A military veteran, Dr. Wilkes served three years as a major in the US Air Force Medical Corps and earned a commendation medal for service. His father, James F. Wilkes ’51 COE, and daughter, Kristen R. Wilkes, MD, ’09 CLAS, are also graduates of Villanova University.

SECRETARY, BOARD OF TRUSTEES

Mary D. Naylor, PhD, RN, ’71 FCN is the Marian S. Ware Professor in Gerontology and Director of the NewCourtland Center for Transitions and Health at the University of Pennsylvania’s School of Nursing. For more than two decades, Dr. Naylor has led a multidisciplinary team of clinical scholars and health services researchers in generating and disseminating research findings designed to enhance the care and outcomes of chronically ill older adults and their family caregivers. She is the recipient of AcademyHealth’s Distinguished Investigator Award, a recognition of significant and lasting contributions to the field of health services research. Elected to the National Academy of Medicine in 2005, Dr. Naylor is a member of the Academy’s Leadership Consortium for a Value & Science-Driven Health Care System and co-chairs the Care Culture and Decision-Making Innovation Collaborative. She also is a member of the RAND Health Board of Advisors and of the board of the Dorothy Rider Pool Health Care Trust. She has been a member of the Villanova Board of Trustees since 2010.

Dr. Naylor graduated from the Villanova University M. Louise Fitzpatrick College of Nursing (FCN) in 1971. She earned her MSN and PhD from the University of Pennsylvania. Dr. Naylor resides in Newtown Square, Pa.