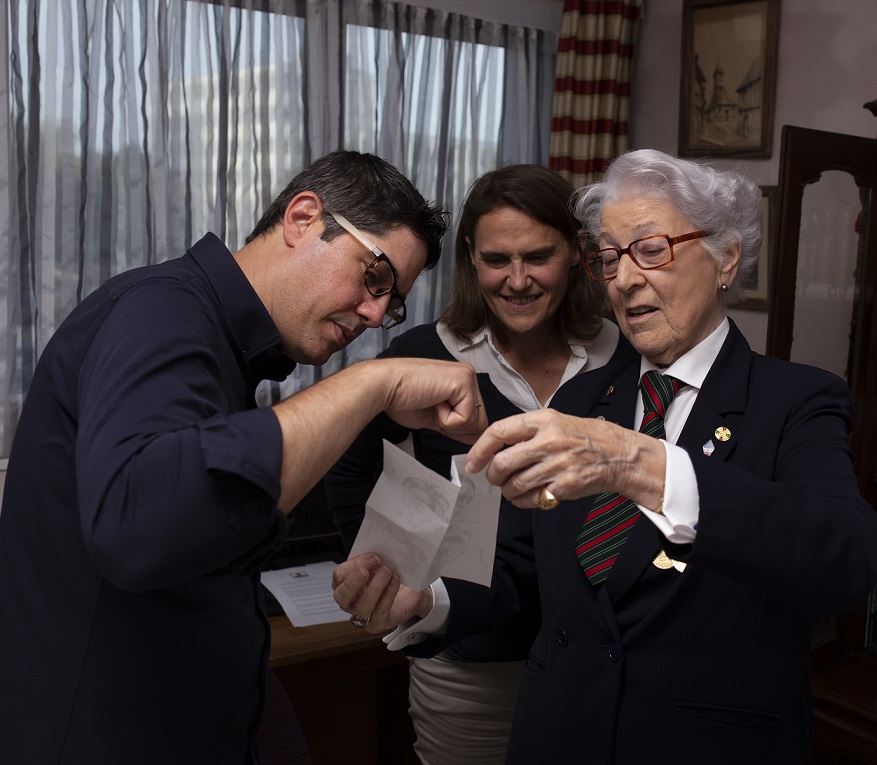 “Colette” is a documentary about a 90-year-old woman, Colette Marin-Catherine, who travels back to Nazi Germany where, as a young girl, she fought the Nazis as a member of the French Resistance. Colette had not set foot back in Germany since 1945—that is until she met a history student named Lucie, who encouraged her to visit the Nazi concentration camp site where her brother was killed.

“As Colette's story demonstrates, healing is possible if we find the courage to face our darkest and most haunting memories," said Giacchino in the film's Director's Statement.

To read more about “Colette,” including the full Director's Statement from Giacchino, click here.

The documentary was the first Academy Award nominee produced by Facebook, in partnership with Electronic Arts.

Giacchino graduated from Villanova University in 1992 with a BA in History and German. He would go on to earn a Fulbright scholarship and study in Germany. Giacchino worked for the History Channel for more than a decade, before becoming a documentary filmmaker. He also wrote and directed the 2007 documentary film, The Camden 28, which was nominated for a Writers Guild of America Award for Best Documentary Screenplay.