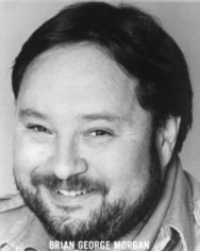 The Brian G. Morgan ’67 ’70 Endowed Theatre Award is awarded annually by the Villanova Theatre department to an outstanding member of the Master of Arts in Theatre program.

The recipient, selected by Theatre Department faculty and staff, is identified by a passion for theatre and an ability to bring something more than talent and diligence to the work of theatre. It is that “something more” that carries on the legacy of Brian G. Morgan in the Villanova community and beyond.

The recipient of the award should also embody the following characteristics:

Consideration for this award will be given to students who have completed one year of graduate study within the Theatre Department.  Students may be nominated by a faculty member and voted on by Theatre Department faculty and staff.  The recipient will receive a monetary award.

If you would like to contribute to the Brian G. Morgan ’67 ’70 Fund, please contact Janet Duffy, coordinator of Gift & Pledge Processing at 610-519-4573 or at janet.duffy@villanova.edu.

To make a gift to Villanova online, please see the online gift form.

“He lived his life 150%. He never wanted anything short of that.”

This description by the brother of Brian G. Morgan, actor, artist, and inspirational human being, attests to the zeal with which Brian attacked theatre in his roles from Shakespearean plays to summer stock and murder mystery productions. He combined his love of acting and keen sense of wit with his talent for writing and directing; but he devoted equal passion to his love for teaching.

Mr. Morgan graduated from Villanova in 1967 with a Bachelor of Arts degree, after which he began studies for a Master’s in Political Science. But his love of the theatre drew him back to the Arts department, where he finished in 1970 with his Master of Arts in Theatre. Mr. Morgan’s prolific appearances on stages included those at Villanova University, Missouri Repertory Theatre in Kansas City, the Palace Hotel in Philadelphia, Bermuda’s Belmont Hotel, the Wilma Theater in Philadelphia, People’s Light and Theatre Company in Malvern, PA, the Philadelphia Theater Company, and the Philadelphia New Play Festival.

He played a role in the CBS mini-series George Washington and also spent the major part of a year portraying Benjamin Franklin in the performance of Four Little Pages. The play was a history of the Constitution, performed several times a day outside Independence Hall and before the US Congress at the celebration of the Bicentennial of the Constitution in 1987. However, Morgan’s calling as a charismatic and powerful teacher enabled him to encourage a love of the theatre in his students at West Catholic High School, Radnor High School (where he established the drama program), Pennsylvania State University, Walnut Street Theatre School, Cabrini College, Temple University, and the University of Missouri-Kansas City.

Brian George Morgan was born in Woodbridge New Jersey in 1945. He attended elementary and high school there and matriculated at Villanova University graduating in 1967. Brian was an outstanding student in high school who was adept at speech and became a gifted debater who won the New Jersey state debating championship.  He dabbled in musicals presented by his high school and performed several leading roles. He was athletic, was a member his high school football team, and also enjoyed playing basketball.  His family consisted of his parents, Joseph and Lillian and a brother Kenneth, also a Villanova graduate in English and Theatre who was three years his junior.

Brian was gregarious, strong willed, highly gifted in verbal skills and expanded his skills while at Villanova.  He initially began his college life in the Navy ROTC program and loved the study of naval history in the US. He studied philosophy and thought of law and biology as careers while he began acting in the undergraduate acting group, Belle Masque. He ended his undergraduate life as a philosophy major and also began an M.A. in political science. He did not finish that course work as acting took too much of his time.  As an undergrad he was consistently cast in major roles and then gravitated to work in graduate theatre productions. He entered the Master’s program and immediately appeared in virtually every major production during his time at Villanova. He received an assistantship in theatre and studied in tutorials with Irene Baird, acting teacher. He was the original Ozzie in the production of Sticks and Bones by David Rabe directed at Villanova by Dr. James Christy.  When the play went to Broadway he auditioned for the role but was not cast due to his age (too young).   While at Villanova he met Mary Anne Carlson another theatre student in the program from St. Charles Illinois. They were married in the Villanova Church in June 1970. Brian embarked on an acting/teaching career after completing his M.A. in Theatre and Mary Anne also completed her degree at the same time.  His first major position was beginning the theatre program at nearby Radnor High School. He developed a complex and serious program that allowed a student to complete four years of theatre if they wished. It included classic scene work and a course in performing Shakespeare. After seven years Brian moved on to Penn State University in State College as a professor of theatre. While at Penn State Brian directed several productions and acted in multiple shows. After two years he returned to the Villanova area to act and taught several semesters at Temple University in the theatre program.  He then left for Kansas City as a visiting professor for a year and as a member of the Missouri Repertory Company. It was a job that was to last for eight years with Brian teaching, directing, and performing extensively. One of the highlights was as a cast member of the eight hour production of Nicholas Nickleby directed by the original assistant director from the London production.   Brian continued to return to Kansas City each holiday season to perform as Fezziwig in the Christmas Carol.   After his time in Kansas City Brian pursued a full time acting career in the Philadelphia area.  He and Dr. James Christy produced and directed a Summer Shakespeare series at Villanova for two years with professional actors from the area and from Kansas City.   Brian also acted in many local venues:  Walnut St. Theatre, Wilma Theatre, Peoples Light and Theatre Company and occasionally taught acting at various schools. He also taught acting and directed at West Catholic high school in Philadelphia very early in his career.

His acting career continued with major historical productions in Philadelphia where he performed summers at the 2nd Bank of the United States, Carpenter’s Hall, and Independence Hall. All were productions related to the founding of the country. Brian also played Muhlenberg in the TV miniseries George Washington.  He played Ben Franklin (with bald pate and glasses) in the constitutional drama entitled Four Little Pages that was performed three times daily during 1987, the celebratory year of the signing of the constitution.  He performed in front of the US Congress when they attended the celebration in the state house and later the production toured to Hawaii and a national park there.

Brian also developed mystery plays that he wrote and acted. They were often single cast productions as he created his character M. Henri de la Mer, a French detective who always solved the murder that had occurred. These were performed at the Palace Hotel in Philadelphia one week-end a month with a cast of five other actors. The entire week-end was devoted to solving the mystery. He also performed his individual mysteries for private dinner parties, the Devon Horse Show, and went frequently to Bermuda to perform at the Belmont Hotel. Less than one week before his death he performed in Bermuda and was preparing for an upcoming week-end hotel mystery when he succumbed to a heart attack at home in Rosemont. He had also been directing a play at Cabrini College at the time of his passing and his wife stepped in to finish the production.

Brian was a truly gifted actor, a man of multiple talents and skills and interests. His Falstaff at Villanova was brilliant, his Richard III was menacing and powerful and he had the comic sensitivity to perform a hilarious Tony Lumpkin from She Stoops to Conquer. Brian was versatile, charismatic and intense on stage.  His acting could be hilarious with great humor and wit and he was totally believable on stage.  He could be quite intimidating in demanding and serious roles.   He continued to love sports (especially Villanova basketball), politics , his dogs, his wife, and travel. He arranged many cruises, trips to Europe, and many times to London for theatre. His acting students were devoted to him and never forgot his exceptional teaching skills that inspired and helped them to grow.

This award was begun to honor his acting ability, his zest for life, and to remember a talented, independent thinking and powerful actor who was just reaching the peak of his skills when he passed away at the untimely age of forty-three. 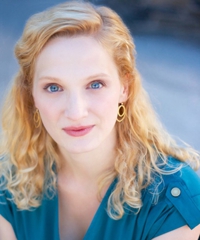 "Transitioning out of graduate school and into the professional world requires patience and flexibility. That's easy to say but it's hard to practice in the face of bills, rent money, and that pesky human need for food. Sometimes you just have to take a job. Any job. But winning the Brian Morgan Award meant that I didn't have to do that. It provided me with a financial cushion so that I could choose my work more carefully and dedicate my time to things that were going to build my resume if not my bank account. Critical to this was my ability to take work at a non-Union rate, which, frankly, isn't a living wage, until I built up enough of a resume and reputation that told directors and artistic directors I had earned my stripes and was worth Equity pay." 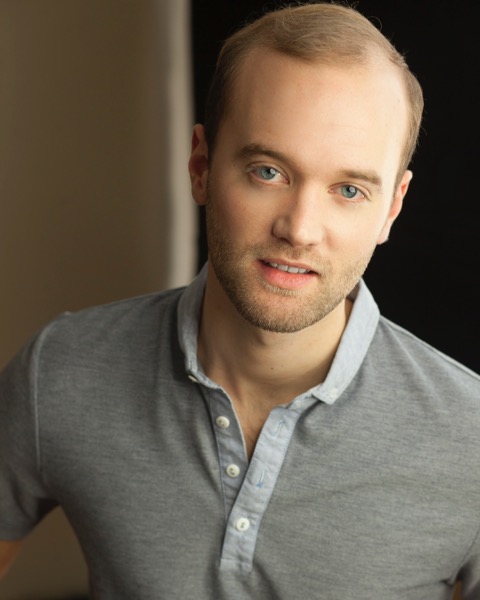 "Receiving the Brian Morgan Award was a vote of confidence, the impact of which cannot be overstated. To have a group of people say (in effect), "We see you, we believe in you, and we want to invest in your talent" substantiates the desire to pursue this career and validates the work that it requires. The award affirms the value of propping others up and of increasing their chances for success, which I think is at the heart of both the M.A. program and Brian's legacy as an artist who gave his heart and soul to those around him both onstage and off."