In 1863, shortly after President Abraham Lincoln’s Emancipation Proclamation, former slaves began searching for family members from whom they had been torn apart. Many of those searching had not seen their mothers, fathers, sisters, brothers or children for years.

They took out newspaper ads under the heading “Information Wanted,” listing the names of family members, circumstances of separation and even former slave masters—any nugget of information that could reconnect them with their loved ones. Hundreds of these ads appeared in The Christian Recorder, the official newspaper of the African Methodist Episcopal Church, as well as other publications.

Digitizing ads from former slaves in search of loved ones

Villanova University History Professor and the Robert M. Birmingham Endowed Chair in Core Humnities Judith Giesberg, PhD—in collaboration with genealogists at Mother Bethel African Methodist Episcopal Church in Philadelphia—are gathering all of these 19th century ads in one place and digitizing them, giving genealogists and researchers a new tool for telling family stories of separation and survival during slavery, emancipation and the Civil War. The project is called “Last Seen: Finding Family After Slavery.” Genealogists attempting to trace ancestors into the 19th century often hit a roadblock with slavery. “Last Seen” offers access to thousands of “Information Wanted” advertisements placed by former slaves.

“These ads are a hidden treasure that have been overlooked for a hundred years. They have the potential to open up new doors to those whose family trees end with slavery,” said Dr. Giesberg.

Dr. Giesberg and her graduate students read through microfilm of newspapers from around the country, identifying and collecting the ads. All the ads are viewable and searchable by name, location or other descriptive terms.

Since the website launched, hundreds of volunteers from across the country have signed up to help transcribe them. Users can also contribute their own Information Wanted ad or tell their family’s story.

Some advertisements did help to reunite families in the late 1800s and early 1900s—decades after Emancipation. Dr. Giesberg and her team put together an exhibit to share their fascinating stories. Explore the Found! exhibit. 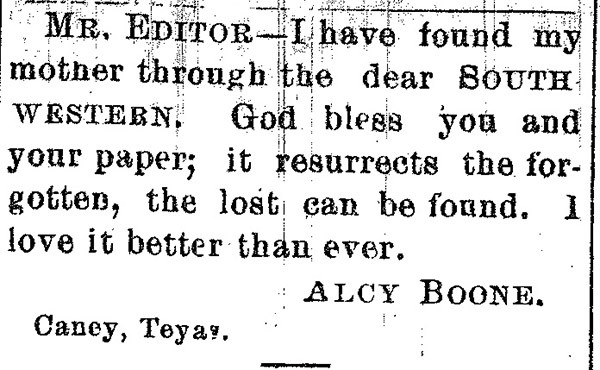 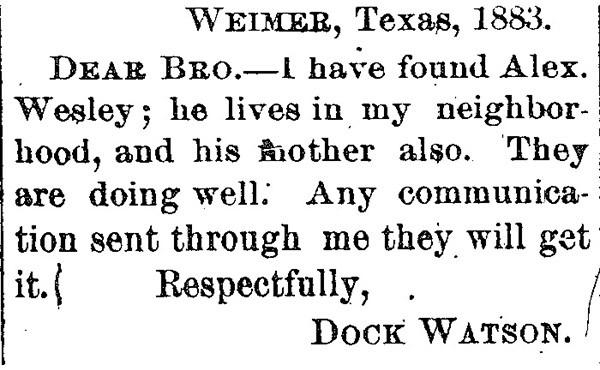 The grant will make possible the addition of more than 1,600 new advertisements, a complete redesign of the website that will result in greater discoverability, and new teaching and genealogy resources for those who use the site. Read the full press release.

Bringing emotion and history to the stage

The Department of Theatre and Department of History presented a dramatic reading of the ads during “Last Seen: Voices from Slavery’s Lost Families” on Feb. 18, 2019 at Villanova Theatre in Vasey Hall. The performance—directed by Theatre Department chairperson Valerie Joyce, PhD—brought the individual stories to life, allowing the authentic advertisements to be center stage in the form of short monologues. Dr. Joyce’s theatrical staging included music and movement, underscoring the voices of more than 50 performers comprising students, alumni, faculty, staff and members of the community.

"After Slavery, Searching For Loved Ones In Wanted Ads,"

The Washington Post
"'My mother was sold from me’: After slavery, the desperate search for loved ones in 'last seen ads'"