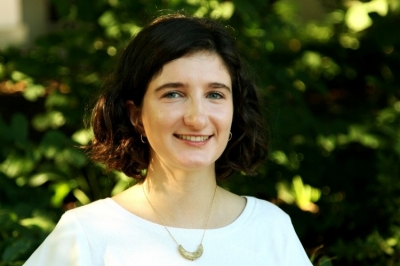 While many of her classmates spent their summers before senior year as interns in corporate cubicles, Jubilee Marshall '19 CLAS was exploring cemeteries.

As a History major, Jubilee first became interested in studying Philadelphia’s black graveyards when Dr. Martinko introduced her to the case of Philadelphia’s Bethel Burying Ground. The land was used as a burial ground for half a century, but eventually was filled to capacity and sold back to the city.

“As I started looking into Bethel Burying Ground, I found more and more sites with similar histories—black burial sites that had been paved over or turned into gas stations and were then rediscovered during the course of normal city construction,” Jubilee says. “It raised questions that I wanted to be able to answer.”

Jubilee applied for and received a VURF, which provides financial support for student summer research. She then got to work.

“‘Where were black people—free or enslaved—buried in Philadelphia before black churches were formed in the 1790s? Were they buried in public lots? On the grounds of white churches? When burial lots had to close, what happened to the bodies?’ Those were some of my initial questions,” she says.

Jubilee’s ongoing research project was not the only thing that kept her busy during her senior year. She served as a History Communication Fellow for the College of Liberal Arts and Sciences’ Lepage Center for History in the Public Interest.

A 2019-2020 U.S. Fulbright Scholar, Jubilee is spending a year teaching English in the Czech Republic. Her paper, "Race and Public Health in Philadelphia's Burial Grounds, 1750-1792," was awarded the 2019 William A. Pencak Paper Prize from the Pennsylvania Historical Association at their annual meeting.

“Researching and writing my thesis was a two-year process, and I really loved having the chance to work with a wide range of historians, community organizers and archivists to complete it,” she says.