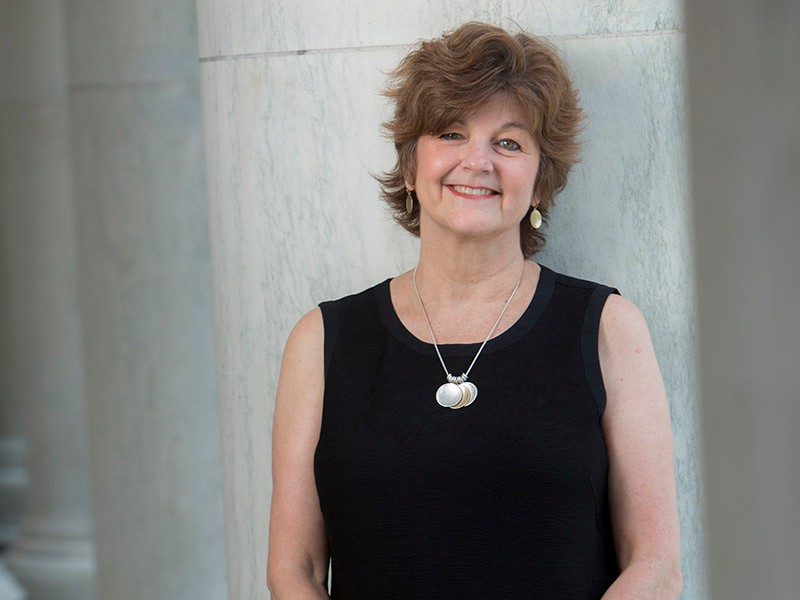 VILLANOVA, Pa – Nancy MacLean, PhD, William H. Chafe Professor of History and Public Policy at Duke University, is the featured speaker at the eleventh annual Lore Kephart ’86 Distinguished Historians Lecture on Thursday, Sept. 26 at 7 p.m. in the Villanova Room of the Connelly Center at Villanova University. Her lecture “Democracy in Chains” is a discussion of her current book of the same title.

Democracy in Chains: The Deep History of the Radical Right's Stealth Plan for America (Penguin Books, 2018) has been described by Publishers Weekly as “a thoroughly researched and gripping narrative… [and] a feat of American intellectual and political history.” Booklist called it “perhaps the best explanation to date of the roots of the political divide that threatens to irrevocably alter American government.” The Atlantic concurred, calling it “[A] vibrant intellectual history of the radical right . . . [MacLean] has dug deep into her material.”

Dr. MacLean is the author of four other books, including Freedom is Not Enough: The Opening of the American Workplace (2006), called by the Chicago Tribune “contemporary history at its best,” and Behind the Mask of Chivalry: The Making of Second Ku Klux Klan (1994), named a New York Times “noteworthy” book of 1994.

Dr. MacLean’s scholarship has received more than a dozen prizes and awards and been supported by fellowships from the American Council of Learned Societies, the National Endowment for the Humanities, the National Humanities Center, The Russell Sage Foundation and the Woodrow Wilson National Fellowships Foundation. In 2010, she was elected a fellow of the Society of American Historians, which recognizes literary distinction in the writing of history and biography.

Dr. MacLean earned a PhD in US History from the University of Wisconsin-Madison in 1989. Before her tenure at Duke, she was a professor at Northwestern University.

The Lore Kephart '86 Distinguished Historians Lecture Series was established in memory of Lore Kephart '86 through an endowment to the University by her husband Horace L. Kephart. The event is free and open to the public.