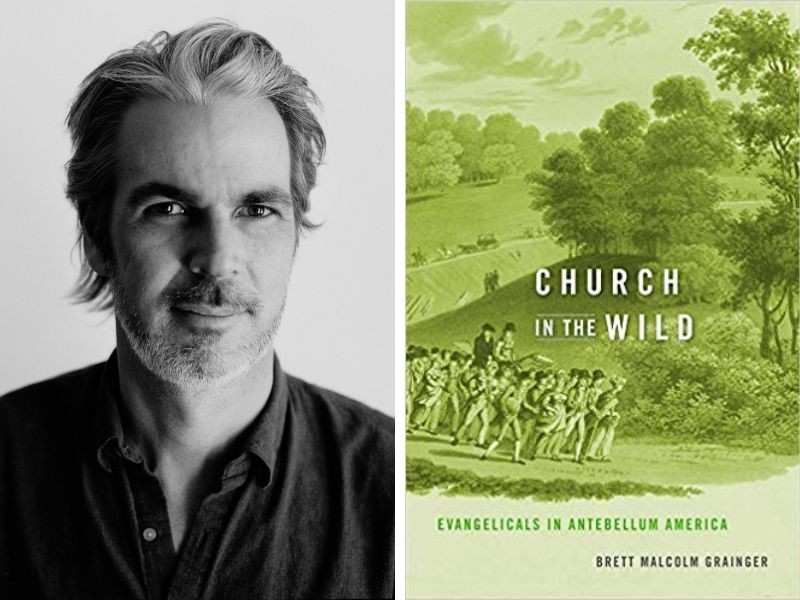 Villanova, Pa. – Transcendentalists have long been credited with transforming American religious life by finding God not in church but in forests, fields and streams. Brett Malcolm Grainger, ThD, associate professor in the Department of Theology and Religious Studies in Villanova University’s College of Liberal Arts and Sciences, challenges this long-held notion and argues it was evangelical revivalists who spiritualized the natural environment and transformed religious life in his new book Church in the Wild: Evangelicals in Antebellum America (Harvard University Press, 2019).

Historians have focused on New England Transcendentalists—a small, elite and regional movement—as the source of modern American enthusiasm for finding spirituality in nature. However, in the years preceding the Civil War, Evangelical Christianity was spreading from the rural South to the industrial North. Dr. Grainger articulates how revivalists of the time went to the woods not to free themselves from the constraints of Christianity but to renew their ties to God—from riverside baptisms to private contemplation to mesmerism.

“My book makes an important contribution to our understanding of how Americans became nature mystics,” says Dr. Grainger. “Church in the Wild paints a much more representative portrait of how rank-and-file Americans spiritualized the natural environment.”

Dr. Grainger examines a variety of sources including hymns and lithographs, as well as devotional practices, medical treatments and scientific theories, to demonstrate that for much of 19th century, evangelicals were nature mystics who believed the "real presence" of God was in the natural world. Nature spirituality was as much an everyday practice as reading the Bible, and it reinforced—rather than undermined—evangelical Protestants’ commitment to orthodox belief and practice.

Before concluding his analysis of the past, Dr. Grainger evaluates its implications in today’s theological landscape. He argues that “New Age” spirituality among some evangelicals is—in some ways—a return to the religious eclecticism and optimistic spirit of their 19th-century predecessors, rather than a contamination or displacement of traditional Christian identity.

Dr. Grainger received his doctorate from Harvard University. He is an associate editor of American Catholic Studies: The Journal of the American Catholic Historical Society, the oldest, continuously published Catholic scholarly journal in the US, and teaches courses at the undergraduate, graduate and doctorate levels at Villanova University. His research focuses on the changing face of modern spirituality in America and how various religions view the natural world.