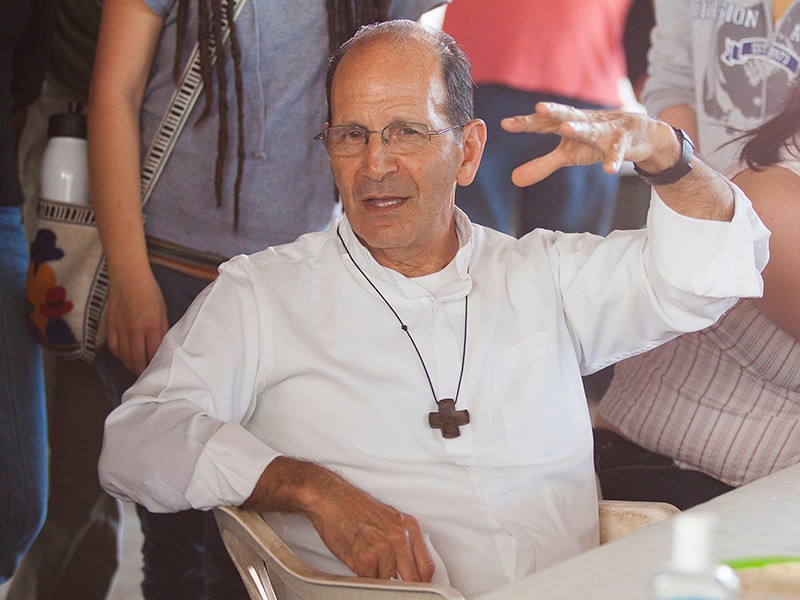 Villanova, PA – Alejandro Solalinde Guerra, a Mexican priest and the founder and director of Hermanos en el Camino—a shelter that provides Central American migrants with humanitarian aid—will spend four days at Villanova University in early April. His visit will include a talk, “Central American Refugee Crisis: A Conversation with Alejandro Solalinde,” on Tuesday, April 2 at 6:30 p.m. in Driscoll Auditorium on the University’s campus. The event is free and open to the public.

The crimes that Central American migrants face upon reaching Mexico—extortion, rape, kidnapping and murder—are brazen and brutal. As the horrors have multiplied over the past 15 years, Father Solalinde’s demands for the migrants’ protection have resonated. In 2007 he founded Hermanos en el Camino (Brothers in the Road) to provide humanitarian aid to migrants. The shelter is in the state of Oaxaca, one of the poorest regions of Mexico. It is a point of convergence between the Pacific Ocean and the Gulf of Mexico, with migration flows coming from the south, primarily from the Northern Triangle of Central America (Guatemala, Honduras and El Salvador) and Nicaragua.

Most of the migrants arrive in Ixtepec, Oaxaca by riding for 12-14 hours on top of freight trains coming from the neighboring state of Chiapas. Due to Ixtepec´s strategic and geopolitical importance in the Isthmus of Tehuantepec, many gangs use it as a center of operations and steal—with the complicity of state authorities—enormous amounts of money from migrants.

Father Solalinde’s ongoing efforts to advocate for the protection and human rights of Central American immigrants to his country have made him an important international figure in Mexico. He received the 2019 Geuzenpenning, a Dutch award given to individuals who have fought for democracy and against dictatorship, racism and discrimination. He was also a finalist for the 2017 Nobel Peace Prize.

Father Solalinde will visit Villanova from April 1 to 4, meeting with students and faculty from the College of Liberal Arts and Sciences and from the Villanova University Charles Widger School of Law’s Clinic for Asylum, Refugee and Emigrant Services—an international human rights and immigration clinic in the Law School. He will also meet with Campus Ministry students and faculty.

Father Solalinde’s talk will be bilingual with two student interpreters—a law student and an undergraduate student who interned at the Clinic through the community interpreter program of the Department of Romance Languages and Literatures. The event is co-sponsored by Villanova University’s Latin American Studies Program in the College of Liberal Arts and Sciences, and Campus Ministry. The event is free and open to the public.