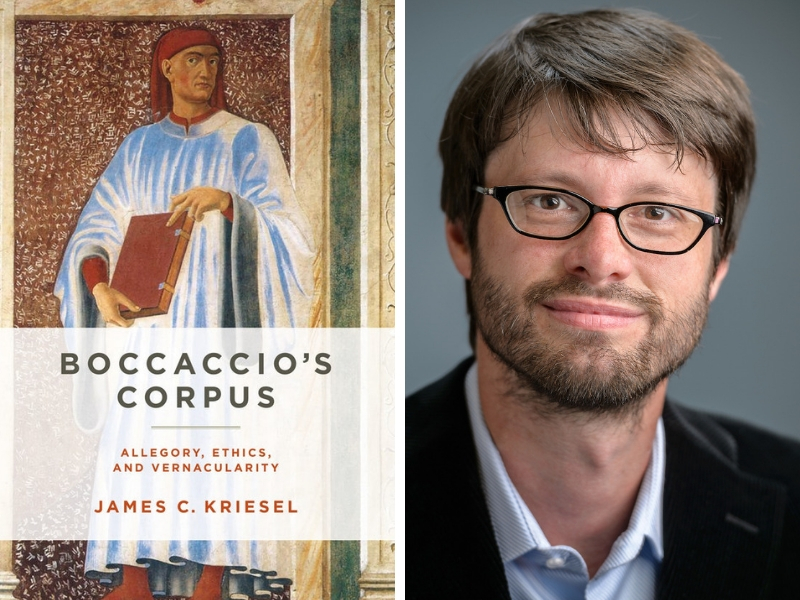 Villanova, PA—Best known for the Decameron, medieval Italian author Giovanni Boccaccio (1313-1375) is considered one of the early humanists and was celebrated in the Renaissance as the foremost stylist of Italian prose. James C. Kriesel, PhD, assistant professor, Romance Languages and Literatures in Villanova University’s College of Liberal Arts and Sciences, has published a new book titled Boccacio’s Corpus: Allegory, Ethics, and Vernacularity (University of Notre Dame Press, 2018), in which he explores how medieval ideas about the body and gender inspired Boccaccio’s vernacular and Latin writings.

In his book, Dr. Kriesel proposes that Boccaccio wrote about women to engage in debates concerning the dignity of what was coded as female in the Middle Ages. Boccaccio championed the feminine to counter the diverse writers who thought that men, ascetic experiences and Latin works had more dignity than women and female cultures.

"James Kriesel makes a distinct and original contribution to the study of Boccaccio's role as a leading intellectual in the cultural turmoil between medieval and Renaissance conceptions of literature,” says reviewer Simone Marchesi, PhD, associate professor, French and Italian, Princeton University. “The book has the potential to reorient the current debate on several key issues in Boccaccio studies for the wide scope it takes as well as the pointed analyses of central texts it provides throughout."

The author of numerous academic articles, Dr. Kriesel teaches Italian Studies at Villanova. This is his first book.