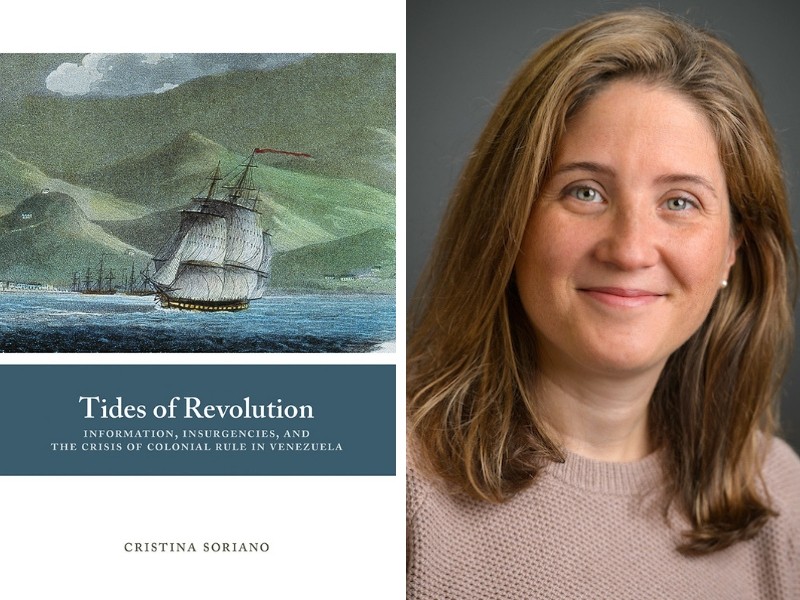 Today, activism spreads through a myriad of channels—social media, newspapers, online forums and more. Yet, in 18th century Venezuela, the people started a revolution without even the help of a printing press. In her new book, Tides of Revolution: Information, Insurgencies, and the Crisis of Colonial Rule in Venezuela (Diálogos Series, 2018), Cristina Soriano, PhD, associate professor of History and director of the Latin American Studies Program, offers an in-depth analysis of the links between politics and literacy, and how radical ideas spread without the benefit of mass communication.

Tides of Revolution is the first book-length study about the circulation of information and the formation of political communities in Venezuela during the Age of Revolutions. Venezuela was one of the first regions in Spanish America to declare independence from Iberia and became an influential force in the South American movement for independence. As is the case with many campaigns for change, it started with a grassroots effort.

Hand-copied materials of censored and underground publications from the Caribbean flooded the cities and ports of Venezuela. News of the French and Haitian revolutions reached the local communities, and Venezuelans of diverse backgrounds came together to read these difficult-to-access texts and discuss the ideas they espoused. These networks spread antimonarchical propaganda and abolitionist ideas, allowing Venezuelans to contemplate new political scenarios and start a revolution.

“Tides of Revolution shows that of the three Atlantic Revolutions—the American, the French, and the Haitian—the Haitian one proved most tangible for the inhabitants of Venezuela,” said Dr. Soriano. “By the end of the 18th century, they were talking about socio-racial equality and the abolition of slavery”

Tides of Revolution is Dr. Soriano’s first book. Her research focuses on Colonial Venezuela and the Spanish Caribbean. Dr. Soriano is a culture and social historian and an expert in 18th century rebellions and social movements. She earned her doctorate in History from New York University.