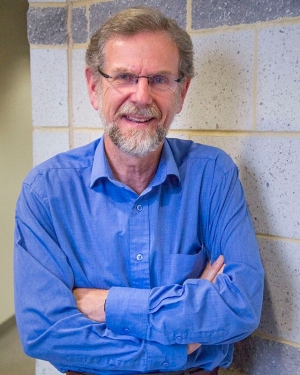 VILLANOVA, Pa.–William Desmond, PhD, the David R. Cook Chair in Philosophy at Villanova University, was awarded the J.N. Findlay Award for Best Books in Metaphysics, 2016-2017 by The Metaphysical Society of America for his book The Intimate Universal: The Hidden Porosity among Religion, Art, Philosophy and Politics (Columbia University Press, 2016).

Reviewer William Franke, PhD of Vanderbilt University and the University of Macao, called The Intimate Universal “a marvelously articulated work with a consummately refined language of its own for conceiving the perennial issues of philosophy in fresh and compelling terms.”

The Metaphysical Society of America is an organization of professional philosophers. This marks the second time Dr. Desmond has won the Findlay prize in his career. He received it in 1997 for his book Being and the Between (SUNY Press, 1995), which also was recognized with the prestigious Prix Cardinal Mercier.

An internationally-acclaimed philosopher for his work in metaphysics, ethics, aesthetics and the philosophy of religion, Dr. Desmond is the author of several other books, including the recently published The Gift of Beauty and the Passion of Being: On the Threshold between the Aesthetic and the Religious (Cascade Books, 2018), which gathers a set of reflections on the gift of beauty and how it moves the passion of being among individuals.

"This is a radiant book, as beautiful as it is profound,” noted reviewer and philosophical theology scholar David Bentley Hart, PhD, assistant director of undergraduate research assistants at the University of Notre Dame Institute for Advanced Study. “Indeed—as Desmond consistently demonstrates in all his work, but here with a special power—the profoundest philosophical reflection must necessarily be the most beautiful."

An internationally respected Hegel scholar, Dr. Desmond is past president of the Hegel Society of America, the Metaphysical Society of America and the American Catholic Philosophical Association. He has held numerous visiting professorships at prestigious institutions around the world and has been an honorary adjunct Professor at Maynooth University since 2009. He was awarded an honorary doctorate by National University of Ireland, Maynooth University in October 2015, and he is an honorary lifetime member of the Irish Philosophical Society

A native of Cork, Ireland, Dr. Desmond teaches Hegel, Irish philosophy and philosophy and religion in the Department of Philosophy in Villanova University’s College of Liberal Arts and Sciences. Villanova offers PhD, MA and BA degrees in Philosophy, as well as an interdisciplinary program in Irish Studies for undergraduates.