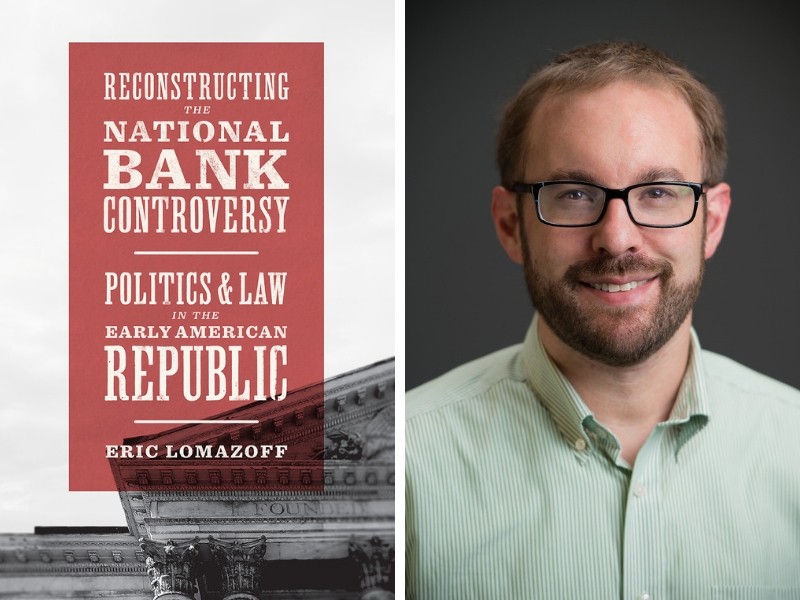 The rap duel between Alexander Hamilton and Thomas Jefferson in the Pulitzer Prize-winning Broadway hit Hamilton popularized what is known as the national bank controversy, but the 40-year constitutional debate was much more dynamic than a two-sided argument over a single constitutional provision. In a new book, Reconstructing the National Bank Controversy (University of Chicago Press, 2018), Villanova University Political Science assistant professor Eric Lomazoff, PhD presents a more robust and nuanced account of the controversy that can help explain modern American monetary politics.

The debate between Hamilton and Jefferson was born out of conflicting interpretations of the Constitution’s Necessary and Proper Clause, which authorizes the federal government to make laws that are necessary for exercising its other powers. Dr. Lomazoff argues that the standard account of the controversy is incomplete.

“We often think of the national bank dispute as a recurring, two-sided controversy from 1791 to 1832 between those who wanted to give the Necessary and Proper Clause a broad interpretation and those who wanted to give it a narrow interpretation,” Dr. Lomazoff said. “My book offers a revisionist account designed to show that the real story is far more complicated than that.”

Dr. Lomazoff says the national bank controversy was shaped as much by politics as it was by law—a point political scientists have been stressing for decades in the context of American Constitutionalism, or public law.

“American constitutional development has been meaningfully informed not only by law but also by politics,” he said. “In that sense, my book is designed to deepen an existing line of research by extending its core claim to a major new site of controversy.”

Dr. Lomazoff’s research focuses on constitutional law and he has published articles in several academic journals including Studies in American Political Development. He is a native of Philadelphia and earned his PhD in Government from Harvard University.