Villanova, Pa -- Villanova University hosts screenings of two student-produced documentary films—The Mayor of Graterford, which examines prisoners sentenced to life in Pennsylvania’s justice system, and Sankofa, which explores systemic issues of identity loss and mental slavery in Ghana and the U.S.— Monday, Sept. 24 at 7 p.m. in Villanova University’s Connelly Center Cinema. The screenings are free and open to the public. 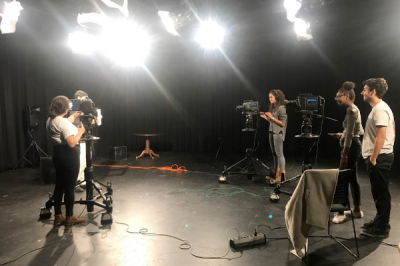 The Mayor of Graterford

The Mayor of Graterford follows Tyrone Werts, a former Graterford prisoner nicknamed the “Mayor of Graterford” by other inmates at the facility, who was sentenced to life without parole in 1975 for second degree murder following a crime committed by his friend. During his time at Graterford, Tyrone received his GED, as well as a degree from Villanova University. Tyrone served more than 36 years with an impeccable prison record until his sentence was commuted in 2010.

“The Mayor of Graterford tells the story of an ex-con reuniting with the men who became like his family over the decades he spent incarcerated and details the commutation process in Pennsylvania,” said Jack McCarthy ’18 CLAS, student director of the film. “Directing this film has been the single most rewarding college experience during my four years at Villanova University. Not only has this film pushed me to grow as a filmmaker, but also as a human being.” 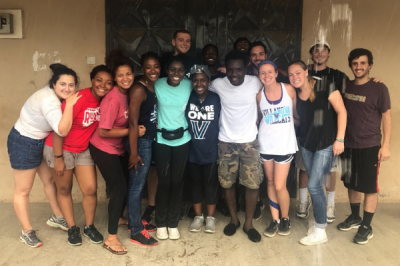 As part of the social justice documentary film program, 16 students launched their own production company, Riptide Pictures and produced, Sankofa, a documentary about the loss of identity and its negative systemic impact on individuals across the world.

The students shot the film on location in Ghana and in the U.S. By exploring the complexities and parallels between the United States and Ghana, the film illuminates the prevalence of mental slavery and calls the audience to free themselves from the system in which they were born.

“To us, ‘Sankofa’ means the search of one's roots, no matter race or background, in order to find a way to unite and better understand the people around us,” said Princess Garrett ’18 CLAS.