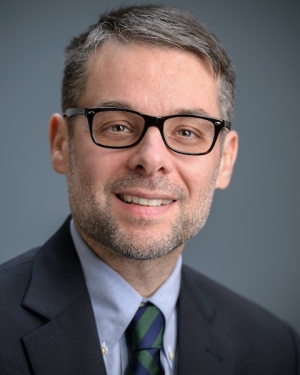 Villanova, PA -- Massimo Faggioli, PhD, professor of Theology in Villanova University’s College of Liberal Arts and Sciences, has received a 2018 Catholic Press Association award for his book Catholicism and Citizenship: Political Cultures of the Church in the Twenty-First Century (Liturgical Press, 2017).

The Catholic Press Association is a group of newspaper and media specialists focused on reporting on the Roman Catholic Church. Dr. Faggioli’s book received third place in the “Faithful Citizenship/Religious Freedom" category.

Catholicism and Citizenship addresses Pope Francis’ papacy in light of his view of Guadium et spes, the Pastoral Constitution on the Church in the Modern World, which was one of the four constitutions resulting from the Second Vatican Council. It calls for a rediscovery of the moral and political imagination of Vatican II for the Church and the world of our time.

Dr. Faggioli is a leading authority on the history and administrative inner workings of the Catholic Church with specific expertise in the papacy, Vatican II, the Roman Curia, liturgical reform, new Catholic movements and on Catholicism and global politics. He has been frequently featured in the national and international media, including the Associated Press, The New York Times, USA Today and Vatican Radio.