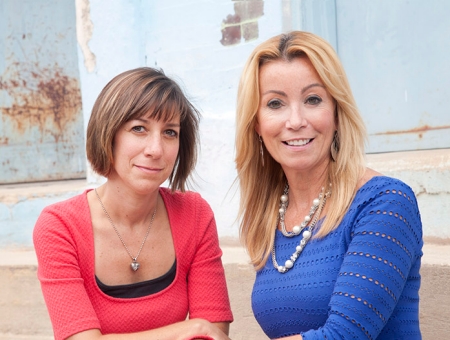 The Villanova University Ethics Program in the College of Liberal Arts and Sciences named Pulitzer Prize-winning journalists Barbara Laker and Wendy Ruderman the recipients of the 2018 Praxis Award in Professional Ethics. Since its inaugural year in 2007, the Praxis Award honors and celebrates the contributions of a professional or academic in ethics. This year’s award will be presented at 4:30 p.m., Wednesday, April 4 in the Villanova Room, Connelly Center.

Laker and Ruderman, reporters at the Philadelphia Daily News, earned the Pulitzer Prize for Investigative Reporting in 2010 for their series reported in the Daily News on corruption in the Philadelphia Police Department. Their subsequent book, Busted: A Tale of Corruption and Betrayal in the City of Brotherly Love (2014), details a behind the scenes account of their investigation.

“These Philadelphia journalists exemplify the kind of ethical professionalism that the Praxis Award is meant to celebrate,” said Brett Wilmot, PhD, associate director of the Ethics Program. “At a time when the press is under increasing attack and scrutiny for their work on social and political topics at the heart of civic life, it is a great opportunity for us to affirm the importance of journalism and the value of journalists like Ruderman and Laker.”

Laker immigrated to the US from England when she was 12 years-old. She received her bachelor’s degree in journalism from the University of Missouri School of Journalism and has been with the Daily News since 1993. Ruderman received a bachelor’s in communication from McDaniel College and a master’s degree from Columbia University Graduate School of Journalism. She has worked at media outlets including the Associated Press and The New York Times.

A reception will follow the awards presentation, and the event is free and open to the public.