Growing food on Mars is not just a plotline in the 2015 film The Martian—students in the Villanova University’s College of Liberal Arts and Sciences are proving its potential success.

Edward Guinan, PhD and Scott Engle, PhD, professors in the department of Astrophysics and Planetary Science, began the “Red Thumbs Mars Garden Project” to research the feasibility of growing sustainable food sources in sheltered greenhouses on the Red Planet. The project began in fall 2017 when the professors invited students to participate in the project through an astrobiology course.

The students planted, grew and tested a variety of vegetables and herbs in the University’s greenhouse using Mars regolith simulant—an iron-rich basalt with reagents added to closely approximate the chemical content of Martian topsoil. Based on Mojave Mars Simulant developed at the National Aeronautics and Space Agency and the Jet Propulsion Laboratory, the Mars regolith simulant is 90 percent similar to regolith found on the surface of Mars, excluding poisonous perchlorates found on the planet’s actual surface.

“The whole project was fascinating.” said Tasha Boland ’18 CLAS, who participated in the project. “The biggest surprise was how well the plants grew in the Martian simulate soil and coffee grounds mixture. For the first several weeks, the plants in that soil mixture grew faster than the plants in the Earth soil."

Faculty and student researchers tested the plants in a number of growing conditions—using chemical and organic fertilizers, varying light conditions, and comparing them to identical control plants grown in Earth soil/humus. 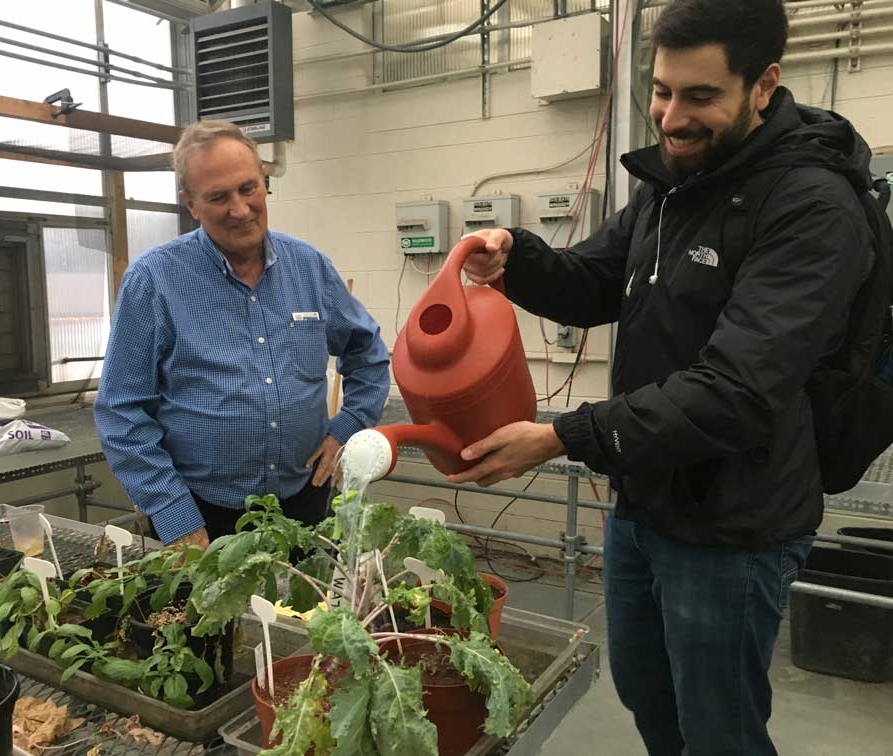 Continuing to grow some of the vegetables from the initial experiment—with the hops nearly reaching the roof of the greenhouse—the research team has moved on to phase two, led by Dr. Guinan and student researcher Giannina Guzman ’19 CLAS. They added new crops to the garden including barley and snow peas, which have done particularly well; introduced earthworms to the soil, which have proven to aid in plant growth; and experimented with lithophytes, which are plants that grow on rocks or gravel such as moss, ferns and liverworts.

Villanova University's "Red Thumbs Mars Garden Project" has been featured in more than 20 media outlets, including: