All of our Fellowship recipients demonstrated tremendous resilience in completing their projects despite the global pandemic. While ideally the Graduate Research Symposium would take place in person, we selected a subset of the projects that reflect the quality and diversity of submissions to share with the Villanova community virtually.

The Second Annual Graduate Research Symposium was held on Friday, October 30 from 1 to 3 p.m. via Zoom. Emory Woodard, PhD, Dean of Graduate Studies, CLAS, shared recorded presentations and then moderated a live Q&A with the students after each presentation.

For this symposium, students followed the Three Minute Thesis (3MT) format, in which they submitted a three-minute video about their summer research. The presentations were prepared to be engaging to a broad, non-specialist audience so disciplinary familiarity is not necessary for you to enjoy the event.

The following student videos were selected for the live event. 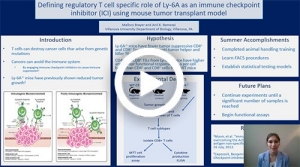 The immune system protects the body from external threats like pathogens and internal threats like cancers. Cancer is caused by genetic mutations that result in uncontrolled cell growth and produce mutated proteins that are recognized by the adaptive immune system that will destroy the tumor; however, the tumor can create an immunosuppressant environment where activated ICIs promote T cell exhaustion. Previous studies have shown mice lacking the immune checkpoint inhibitor Ly-6A have reduced tumor growth, but its mechanism remains unknown. I propose that Ly-6A acts as a T regulatory cell-mediated negative regulator of T cell production and functionality. 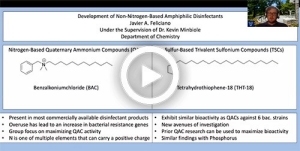 Overuse and over dependence of disinfectant products has resulted in the increase of bacterial resistance, posing a threat to human health. As a means of combating this trend, the Minbiole group has focused its research efforts on the development and advancement of the highly active class of nitrogen-based amphiphilic disinfectants known as quaternary ammonium compounds (QACs). While information on QACs is abundant, amphiphiles based on other elements, such as sulfur or phosphorus, remain largely underexplored. To test the prospect of non-nitrogen based amphiphiles, a series of 11 sulfur-based trivalent sulfonium compounds (TSCs) amphiphiles were synthesized and their bioactivity tested against a panel of 6 bacterial strains. The bioactivity of TSCs was determined to be nearly identical to that of their QAC counterparts. Future TSC synthesis will attempt to build on pre-identified QAC trends. 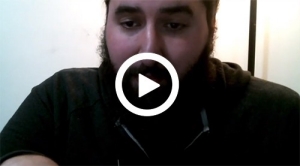 Jacob Given, PhD student in Theology 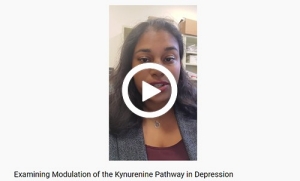 Dysfunction in the Serotonin Circuit: Examining Modulation of the Kynurenine Pathway in Depressive Pathophysiology

Depression is an incredibly devastating illness that is estimated to afflict over 264 million individuals worldwide, and is a leading cause of suicide. Though the cause of depression remains largely unknown, one of the primary theories for over 50 years has been the serotonin deficiency hypothesis. It has been thought that producing too little serotonin may underlie depression. However, SSRI treatments aimed at increasing serotonin levels are only clinically effective in 60% of patients, indicating other elements at work rather than just serotonin deficiency. Interestingly, serotonin and kynurenine are both synthesized from tryptophan, and kynurenine has been linked to inflammation, which may play a role in the etiology of depression. To examine the role of the kynurenine pathway in depression and its involvement with serotonin deficiency and stress risk factors, I used a molecular analysis known as real time PCR to examine gene expression levels related to the KP in my genes of interest. Unfortunately, after conducting statistical analyses using ANOVA in SPSS, we did not find any significant effects across cohorts. Future directions would include using sophisticated technologies to examine levels of kynurenine directly rather than genes involved in the KP, and looking at blocking kynurenine expression separately versus in conjunction with SSRI treatments to evaluate if it improves therapeutic outcomes for depression. 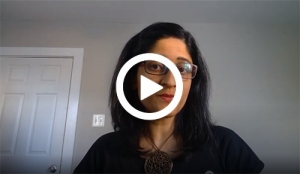 Unraveling the Empire: The Spinning Wheel as an Actor in Gandhi’s Writings and the Imperial Network

M. K. Gandhi’s writings have been crucial to the ideologies that informed the Indian independence movement. In works like "Hind Swaraj," he outlined his belief that political self-rule for India had to be bound with economic independence and civil disobedience. For Gandhi, these tenets materialized through the use of a crucial object: the charkha or spinning wheel. Spinning one’s own cotton/cloth, he argued, would mobilize India’s rural population and assist India’s economic independence by rejecting imported British cloth. Using the hermeneutics of Actor-Network Theory, my research traced how the spinning wheel gained anticolonial agency and created a network that connected the colony to the metropole. Scholarship on the nationalist movement and on the spinning wheel have largely ignored this materialist effect that played a role in the eventual deconstruction of the Empire. What we see, then, is how the enmeshing of Hind Swaraj (a text), the spinning wheel (an object), and a plethora of humans eventually contributed to not only the Indian independence—Gandhi’s original goal—but also the demise of the Lancashire textile industry by 1960. 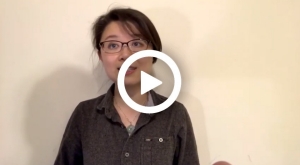 My dissertation is a contribution to gender theory and queer theory with psychoanalysis and phenomenology as my main theoretical resources. The question that leads my inquiry is, to put it roughly, how gender works, a question that has gained much political urgency as of recent years. On the one hand, essentialists claim that gender expression and identification are innate with one’s birth biology and that transgender people are fraudulent; on the other, feminists have often adopted social construction theory that sees gender as a social construct and femininity or masculinity as historical, social and contingent concepts, setting expectations and standards that we learn and subsequently act accordingly. Although contradictory, both are mobilized to harm trans people: essentialist claims like “boys will be boys, girls will be girls” are used to deny the self statements of trans people, while social construct theory leads some to denounce trans people as duped by gender norms and as reinforcing the gender binary. The theoretical impasse poses the question: how can we validate trans people’s claim of their psychological reality and immediate certainty of their gender identity when gender norms are socially informed and do not reflect a person’s essential core or biological makeup? In other words, how can we see gender as a social construct and honor the inner certainty of self-knowledge at the same time? 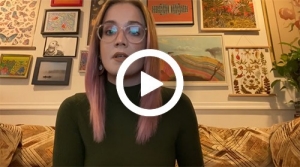 Tidal marsh systems provide important ecosystem services, including water quality functions and nutrient cycling, for a variety of organisms and their surrounding environments. Positioned at the land-water interface, marshes are especially vulnerable to stressors associated with human activities and climate change, including sea level rise (SLR) and saltwater intrusion (SWI). Though the impacts of increasing salinity on carbon cycling and carbon emissions have been well researched, its effects on nitrogen cycling and nitrous oxide (N2O) emissions remain less understood. Soil cores will be collected from three sites along the salinity gradient of the Delaware River and subjected to simulated salinity change to study how changing salinity impacts greenhouse gas emissions from marsh soils over time. Gas flux measurements of N2O, CH4 (methane), and CO2 (carbon dioxide) will be collected and calculated to determine their total global warming potential. This study may provide clarity on how salinity influences nitrogen cycling and greenhouse gas emissions in these ecosystems. 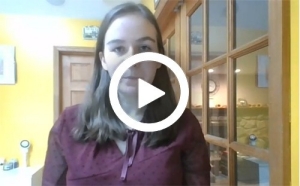 What does it mean to be a Hispanic-serving institution? Exploring higher education administrators’ interpretations of HSI policy

This study sought to explore the ways in which higher education administrators understand and interpret their college or university’s designation as a Hispanic-serving institution. Data were collected from six higher education administrators across two institutions on the East coast of the United States. Administrators participated in semi-structured interviews conducted via Zoom, and a content analysis was conducted of each institution’s website. Despite barriers including lack of communication and white supremacist attitudes, administrators succeed in serving students through establishing community connections, creating spaces for identity development, and supporting Hispanic and Latin* faculty and staff. Higher education institution leaders and federal policymakers need to listen to and learn from the front-line administrators and support their work, specifically by examining how funding policies disadvantage HSIs and their programming to serve students. 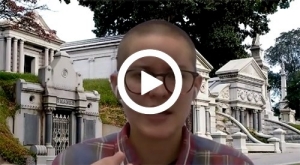 This research explores the performance of ritual as it acts upon the body, the cemetery space, and our understanding of death and dying—what I will refer to as our vocabulary of death and dying. This analysis of "strange" rituals isn’t interested in the content of the rituals as meaning—although that endeavor has its value—but the performance of these rituals and what they do in relationship to our vocabulary of death and dying. For example, with a quick Google search one can find out that the meaning of leaving eggplants at a cemetery gate is most likely an offering for the Santeria spirit Oya, who guides spirits to the threshold of the cemetery. However, it is the performance of the ritual itself, the performance of making an offering or leaving behind some trinkets, tokens or tonics, that must be analyzed if we are to understand what the process of such a ritual does for people and culture. By extension, this analysis will endeavor to understand ritual as “the means by which collective beliefs and ideals are simultaneously generated, experienced, and affirmed as real by the community” (Bell, 1992, p. 20). In drawing our attention to our vocabulary of death by being subversive, these rituals force us to come up against ourselves as a collective and reckon with elements of our death culture that we still don’t like to talk about, the elements that we continue to push to the edges even as the edges creep up on us and demand to be incorporated into the space of meaning making. I will argue that these identified rituals not only exist in an in-between space—both physically and linguistically—but also force us into an in-between space and thereby afford us the opportunity for the collective transformation of our vocabulary of death and dying.