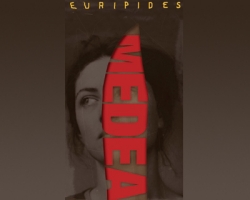 Another PCA Institute session focusing on Medea will feature a talk by the production’s director, Dr. Shawn Kairschner.  Dr. Kairschner directed Mary Zimmerman’s adaptation of Ovid’s Metamorphoses last February and it is exciting to see him put on another classics-themed show.  The production runs February 2-14.

Percy Jackson and the Olympians: The Lightning Thief

The classical world is getting a lot of performance time these days in Hollywood, with films such as Gladiator, 300, Alexander, the remake of Clash of the Titans and the new TV version of Spartacus.  In celebration of the film release (February 12) of a very modern classics-themed work, Rick Riordan’s Percy Jackson and the Olympians: The Lightning Thief, the Institute will also feature some myth-themed events.  It is wonderful to see classical mythology living on in this way and inspiring young minds to explore the classical world.  The Institute’s Saturday afternoon session will feature a Percy Jackson mythology bee with the new boxed set of all five Percy hardcover books as one of the prizes.  Teachers are welcome to bring their students to compete in the mythology bee.  Undergraduate and secondary school students may attend the conference at no charge but must pay for meals if they choose to order them.

The Lightning Thief image is the poster for the upcoming film and the mythology bee image above was the graphic for the official Percy Jackson national mythology bee. First prize for that was a trip to Greece! Above is our first prize, the hardcover box set 'treasure chest' complete with character cards and Camp Half-Blood map. 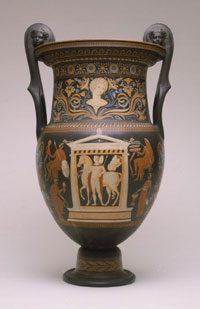 Museum Exhibit: A Purer Taste of Forms and Ornaments

Other recommended events, such as museum trips for Saturday afternoon and dining recommendations for Saturday night, will be made available here on the Institute website and at the Institute itself. One museum exhibit of note at the Philadelphia Museum of Art, entitled A Purer Taste of Forms and Ornaments:  Josiah Wedgwood and the Antique, features a number of classically-styled Wedgewood objects, such as the vase in the photo below.  For a full description of this temporary exhibit, please see http://www.philamuseum.org/exhibitions/369.html . 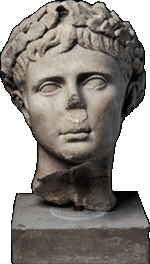 Another possible excursion is to the new Ancient Rome & America exhibit at the National Constitution Center.  This exhibit runs from Feb. 19-Aug. 1.

Ancient Rome & America showcases the cultural, political, and social connections between the lost world of ancient Rome and modern America. The exhibition features more than 300 artifacts from Italy and the United States, bringing together a never-before-seen collection from Italy’s leading archaeological institutions in Florence, Naples, and Rome, paired with objects from over 40 lending institutions in the United States.

Annual Institute, "Performing the Past"