A tribute to the artistic legacy of The Rev. Richard G. Cannuli, OSA, MFA, ’73 CLAS, a friar who made our campus, and our world, a more beautiful place

The art of iconography often is described as a form of spiritual meditation. Father Richard Cannuli was especially devoted to the process of “writing” icons, and created hundreds over the decades, depicting Christ, the Blessed Mother and Roman Catholic saints in egg tempura and gold leaf on wood. One of his icons of St. Augustine of Hippo was presented to Pope Francis in 2013.

ARTWORK COURTESY OF AUGUSTINIAN PROVINCE OF ST. THOMAS OF VILLANOVA

Augustinian friars enrich the Villanova community as our leaders, professors, campus ministers, chaplains and mentors, bringing to vivid life our shared values of Unitas, Veritas, Caritas. Recently, our community mourned the loss of a friar whose special talents made our campus, and our world, more beautiful.

“Sharing the beauty and manifestation of new ideas and forms is what Richard accomplished in his teaching and in his works. His range was vast: icons; fabric design, especially liturgical vestments; stained glass windows; mosaics; watercolors; and mixed media. He exhibited in Italy, Spain, China, Russia, Belarus and Greece, as well as throughout the United States. His stained-glass windows grace many chapels around the country.

The chapel of the Charles Widger School of Law and Corr Chapel on the Villanova campus house a spectacular collection of his windows that depict Mary, the tragedy of the destruction of the Twin Towers on 9/11, and saints—both Augustinians and members of other religious orders, and particularly women saints. His icons were presented to prominent individuals around the globe, including Pope Francis and the late Cardinal Nasrallah Boutros Sfeir, the Patriarch of the Maronite Church at the time.

Another of his icons was accepted for the permanent collection of the Holy Monastery of St. Catherine at Mount Sinai, Egypt.

“Richard’s work is infused with radiant light and shines like the sun. He was blessed both with enormous talent and the gift of a life spent in service to others. … May he rest in God’s peace and in our love.”

Father Richard explained his process for creating icons in this 2012 video from the Catholic News Service.

Art All Around Us

Father Richard’s art came to life in a multitude of forms across Villanova’s campus—in chapel, in the classroom, in the liturgy. The photos below highlight just a few of his many contributions.

He designed and supervised the production of several new stained glass windows for Corr Chapel on Villanova’s campus in recent years. Many of the windows depict saints and other holy figures, and one is a memorial to the 15 Villanovans killed in the Sept. 11, 2001, terrorist attacks.

He enhanced the nativity display on campus in 2018, designing and building a new backdrop for the University’s collection of figures depicting the scene at the birth of Jesus. The lion and lamb that Father Richard incorporated into the backdrop symbolize Christ’s sacrifice and resurrection.

He shared his passion and technique for creating iconography not only with students at Villanova, like Judith Cayer ’72 MA, but also in courses and workshops across the world.

“Creative expression is a process in which one touches spirituality continually, for in creativity we begin to explore the Creator. ... Art is not a metaphor for creation, it is the continuation of its presence.” 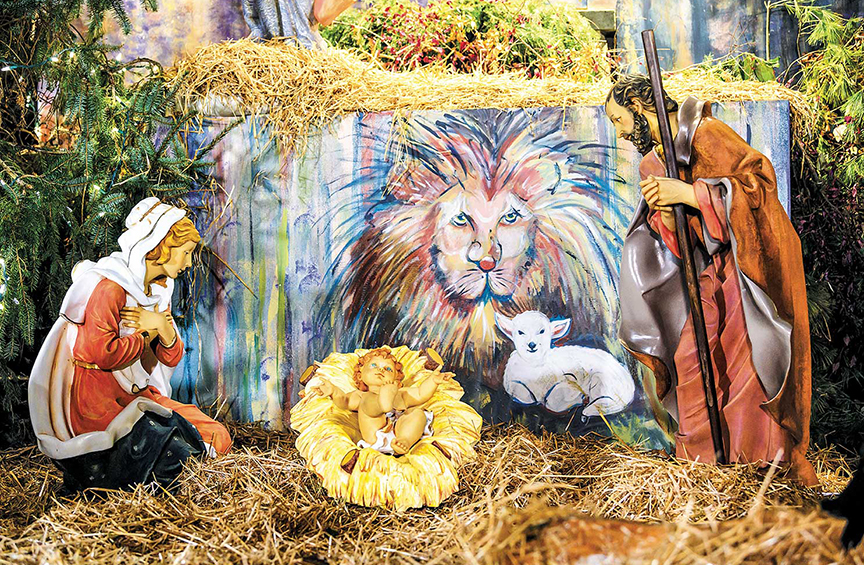 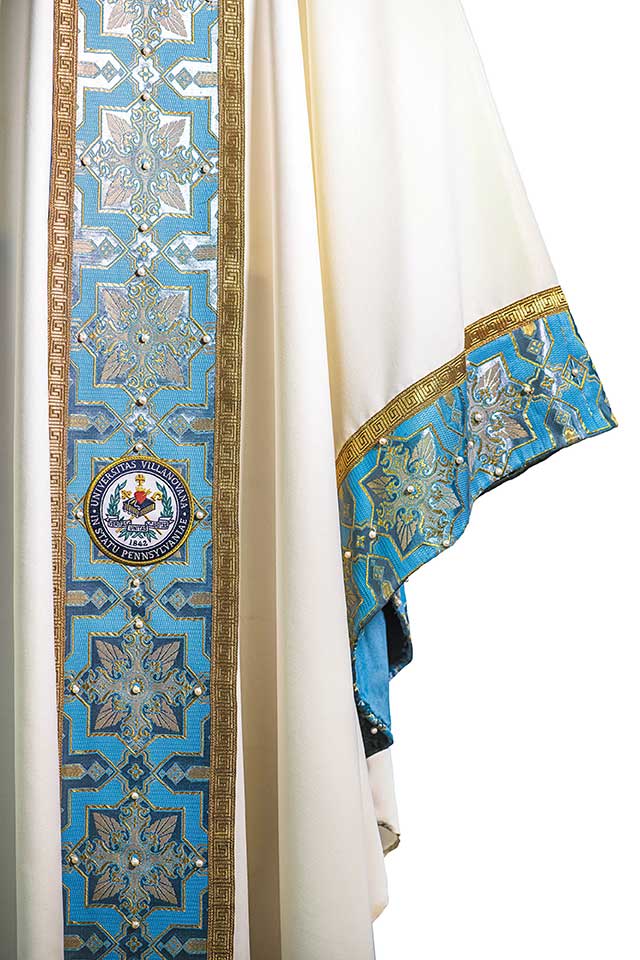 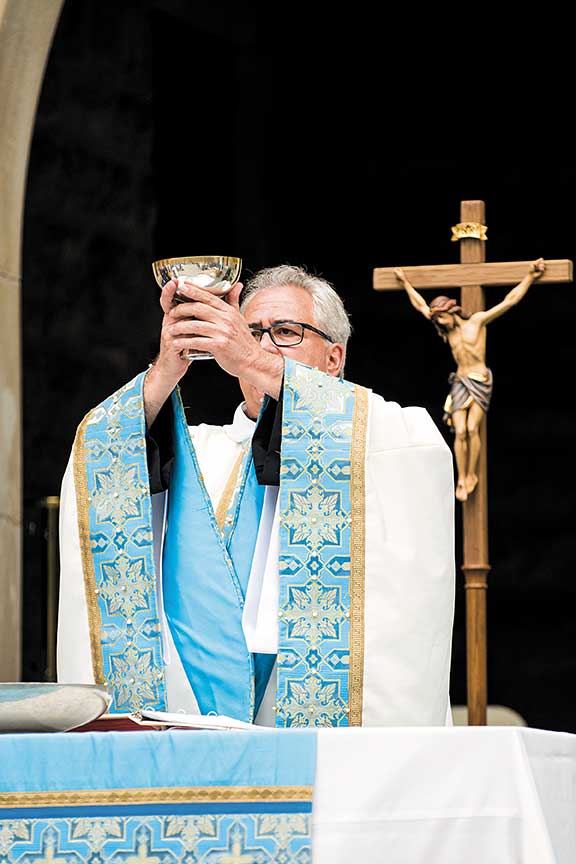 Villanova nurses take the lead in health for the common good