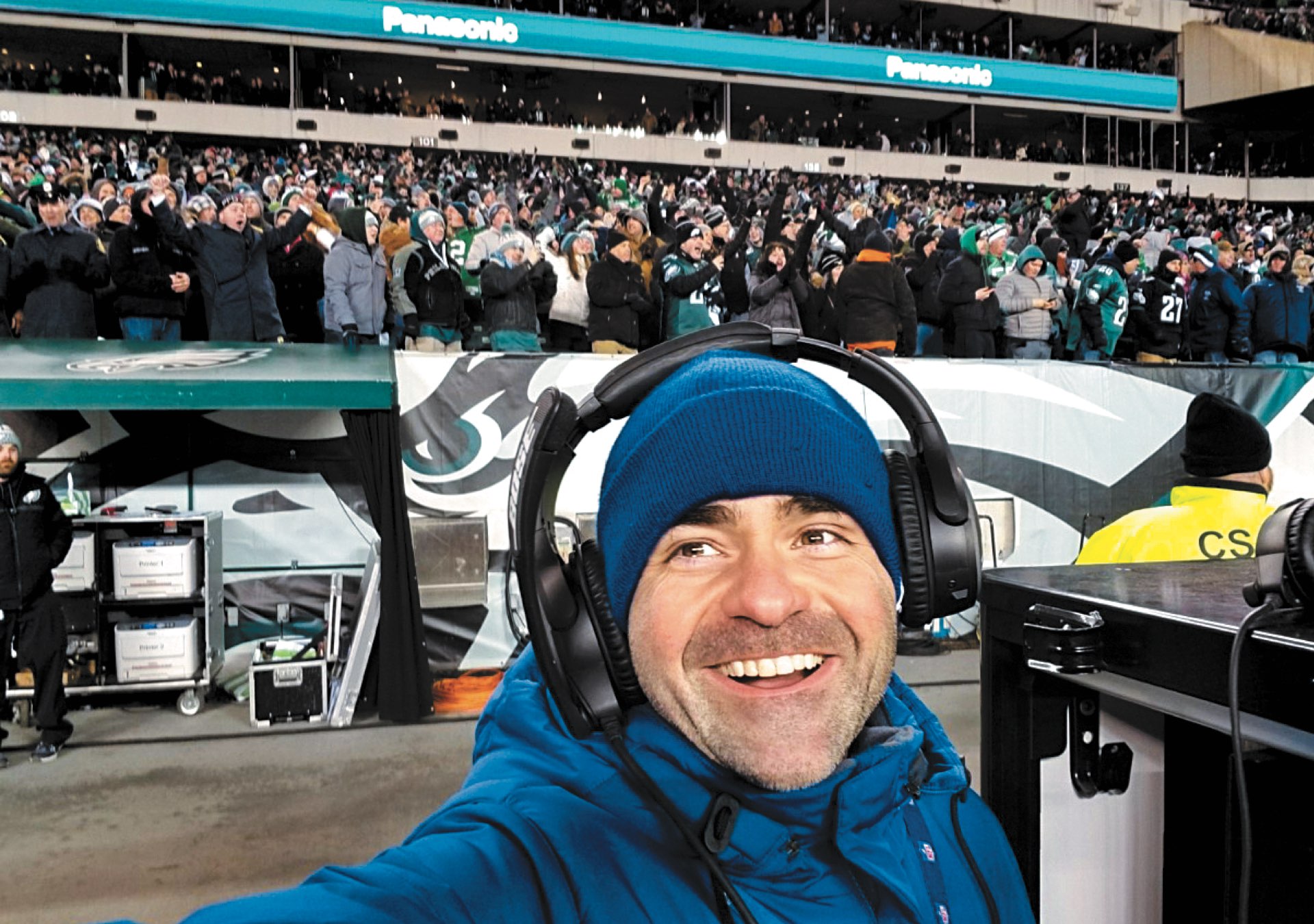 Philadelphia Eagles fans spend a lot of time watching the ball, but Ron Tedesco ’18 CPS never takes his eyes off the players. As part of the independent medical staff that carries out the NFL’s Game Day Concussion Diagnosis and Management Protocol, he’s on the sidelines of every home game at Lincoln Financial Field. A recent graduate from Villanova’s College of Professional Studies, Tedesco puts his BIS in Information Systems to work full time as the director of Information Technology at National Elevator Industry Benefit Plans.

For all preseason, regular season and postseason games, two certified athletic trainers are stationed in a booth overseeing the field to observe the game and monitor the broadcast feed to identify potential player injuries, with an emphasis on concussions and other head and neck injuries. As they identify plays for review, they can send video down to the field for the team doctors to review to help diagnose potential injuries.

For the past five seasons, serving as an Injury Video Review Technician, Tedesco says he has been “a second version of instant replay, dedicated to injury review and player health. I align the technology and support the resources to initiate and follow through with the NFL’s concussion protocol on the sidelines.” He liaises with booth staff, who review game action and make notes about what they see, and with the neurologist on the field.

Ron Tedesco shares his journey through Villanova's College of Professional Studies, balancing his career and his life at home raising his two young daughters

I align the technology and support the resources to initiate and follow through with the NFL’s concussion protocol on the sidelines.”

Even if you’ve never heard of it, blockchain technology is poised to change the world. In the next decade, William “Bill” Wagner, PhD, expects blockchain…