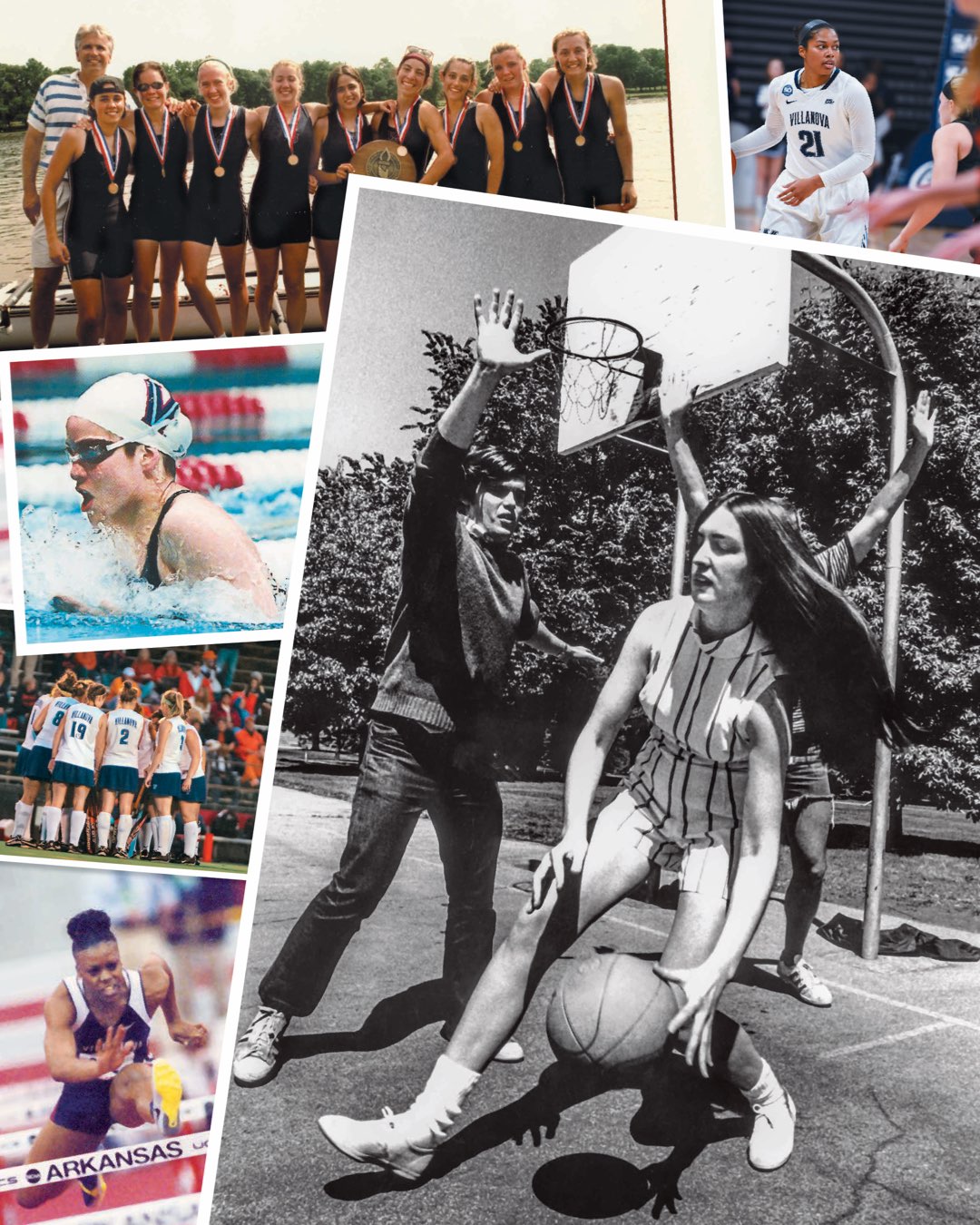 The Villanova alumnae who gathered in the Finneran Pavilion one evening in November represented an array of life experiences. They were teachers, surgeons, researchers, nurses, artists, engineers and entrepreneurs. Some were recent graduates, while others had been students here decades ago, representing the era when women had first been fully admitted to Villanova.

Yet the women all shared one aspect of their life stories—they had once been Villanova student-athletes. They had trained, competed, studied and excelled as Wildcats, and that experience had shaped their lives. At a gala that November evening, it was a time to bring together the generations of women athletes who have woven their stories into the rich fabric of the Villanova athletic tradition over the past 50 years. A time to celebrate all they have achieved, and the community that has supported them along the way.

“At heart, being an athlete is about having ambition. It’s about having a vision for yourself and your team. It’s about working hard, overcoming obstacles and striving to be your best self. All while elevating your team and those around you,” said Nnenna Lynch ’93 CLAS, a Track and Cross Country All-American and Rhodes Scholar who is now a Villanova Trustee, in her keynote address at the 50th anniversary celebration. “To have the health, energy and talent to participate, let alone the opportunity to compete at the collegiate level, is an amazing gift. And It’s a particular honor to represent this institution.”

Built over the decades by dedicated athletes, coaches and University leaders from a handful of teams into a powerhouse that has won national championships and earned countless accolades, more than 300 women are now Villanova student-athletes on 13 teams.

“There is so much history around our women’s athletic programs at Villanova, as well as incredible accomplishments. We celebrate these amazing women every day,” says Mark Jackson, director of Athletics.

Women became a part of Villanova’s Athletics program at the same time they were taking their place in campus classrooms. There had been female students in some programs prior to 1968, but that year all academic programs were made officially co-ed.

In fall 1968, a group of female tennis players approached Robert Langran, PhD, then the coach of the Men’s Tennis team, asking him if he’d coach a women’s team as well. They played their first two matches the following spring. Dr. Langran remained the coach of both teams for the next 25 years, while also teaching Political Science.

“There’s a strong foundation for athletes today—it started with these women,” he says. Women’s Basketball formed around the same time. Marie Maguire ’69 COE, a passionate basketball player since childhood, recalls playing pickup games with friends on campus before she and Rosemarie Greyson Fleg ’69 CLAS started a women’s team during their senior year. A half-century later, Maguire can still feel the thrill of taking the court in front of 500 cheering fans on March 12, 1969, for the first Women’s Basketball game in what is now Jake Nevin Field House.

“It was so exciting to finally have achieved this milestone,” says Maguire, captain of the first team and now an owner of a sales-force development firm.

Women who came later have felt the same power of donning the Villanova uniform and competing as Wildcats.

“Wearing the ‘V’ on your singlet makes you feel like a superwoman,” says Gina Procaccio ’87 VSB, who competed in Track and Cross Country for Villanova and has been head coach of the women’s teams since 2000. “You don’t want the tradition’s excellence to stop with you.”

Harry Perretta ’95 MA has witnessed the evolution of Villanova Women’s Athletics since its very early days. Head coach of the Women’s Basketball team for 41 seasons, he has seen the difference that Villanova’s approach to building community and supporting student-athletes has made in his players’ lives.

“Students always come first. Everyone in this community cares about one another,” he says. One of Perretta’s current players, Jannah Tucker ’19 CLAS, can attest personally to the supportive culture. Jannah transferred to Villanova before her junior year, recovering from knee injuries and from the trauma of a past experience with domestic abuse. Her spirit, confidence and skill level have been rebuilt at Villanova through the care of her coaches and teammates, as well as through the relationships she’s built with alumnae of the program.

“The Women’s Basketball alumnae are more than just names on a plaque—they come back to campus and are mentors for current players like me,” she says. “It inspires me to ask myself, ‘What am I going to do to pay it forward for the next generation?’”

It’s that emphasis on legacy that sets its athletes up for success and fulfillment as athletes, as students and as people.

“Women’s Athletics at Villanova represents the collective dream of so many Villanovans. It is on their shoulders that we were able to build it,” says Lynn Tighe ’87 CLAS, Villanova’s senior associate Athletics director, chief Athletics administrative officer and senior woman administrator, as well as a former student-athlete herself.

“Women’s Athletics at Villanova represents the collective dream of so many Villanovans. It is on their shoulders that we were able to build it.”

A Tradition
by the Numbers

Villanova student-athletes are tenacious and competitive. They’re driven to win championships, but also to earn the greater prize—an education that prepares them for a rewarding future, and relationships that will connect them to Villanova for the rest of their lives.

The blend of athletics, academics and personal development created a strong foundation for volleyball standout Megan O’Brien ’99 CLAS, a member of the team that qualified for Villanova Volleyball’s first NCAA tournament in 1997.

“Our coaches supported the whole person as part of a values-driven education. I still carry with me the work ethic and heart from being at Villanova,” says O’Brien, now an art director in Los Angeles.

Tiera Fletcher ’07 COE, ’14 JD, an All-American Track athlete at Villanova and now a patent examiner for the US Patent and Trademark Office, says her coaches gave her strong direction. “My experience as a Villanovan played a pivotal role in my success as a student-athlete and has molded my character,” she says. “I was motivated to be mindful of my choices and priorities, not only as an individual, but also as an example for others.” 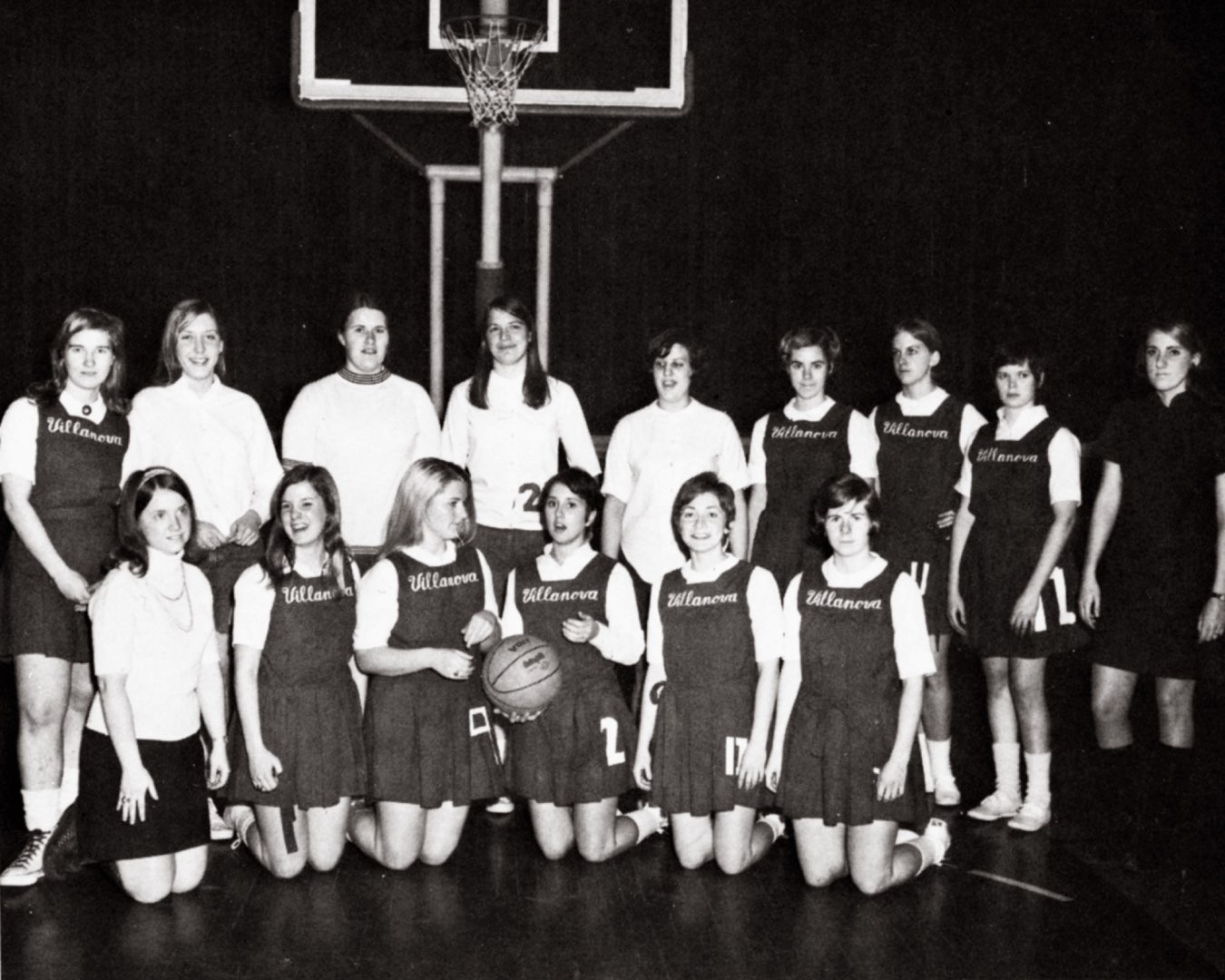 Villanova wins its first title at the Penn Relays, the oldest and largest track and field competition in the US

Basketball advances to the semifinals of the Association for Intercollegiate Athletics for Women Tournament; the Big East Conference adds women’s championships 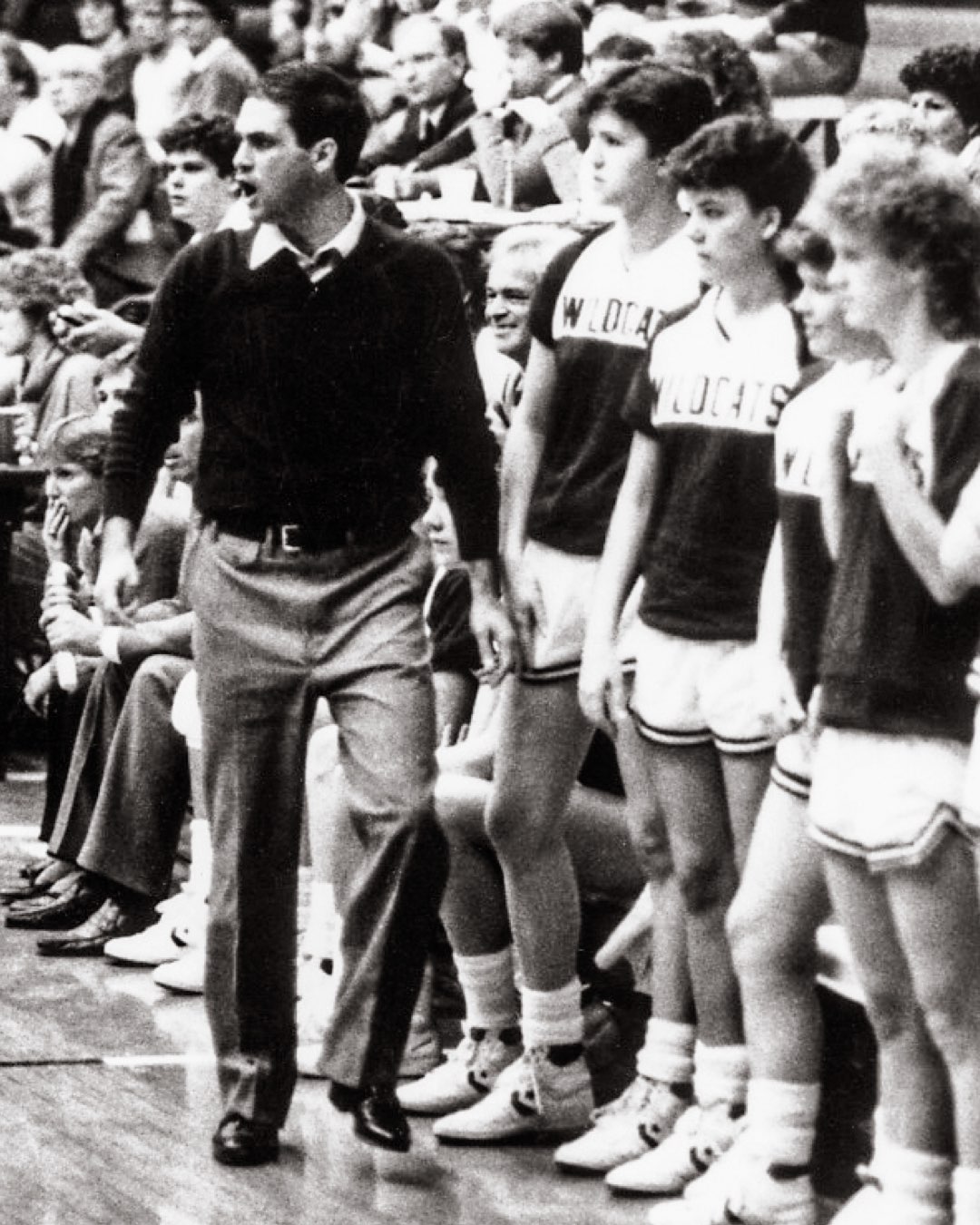 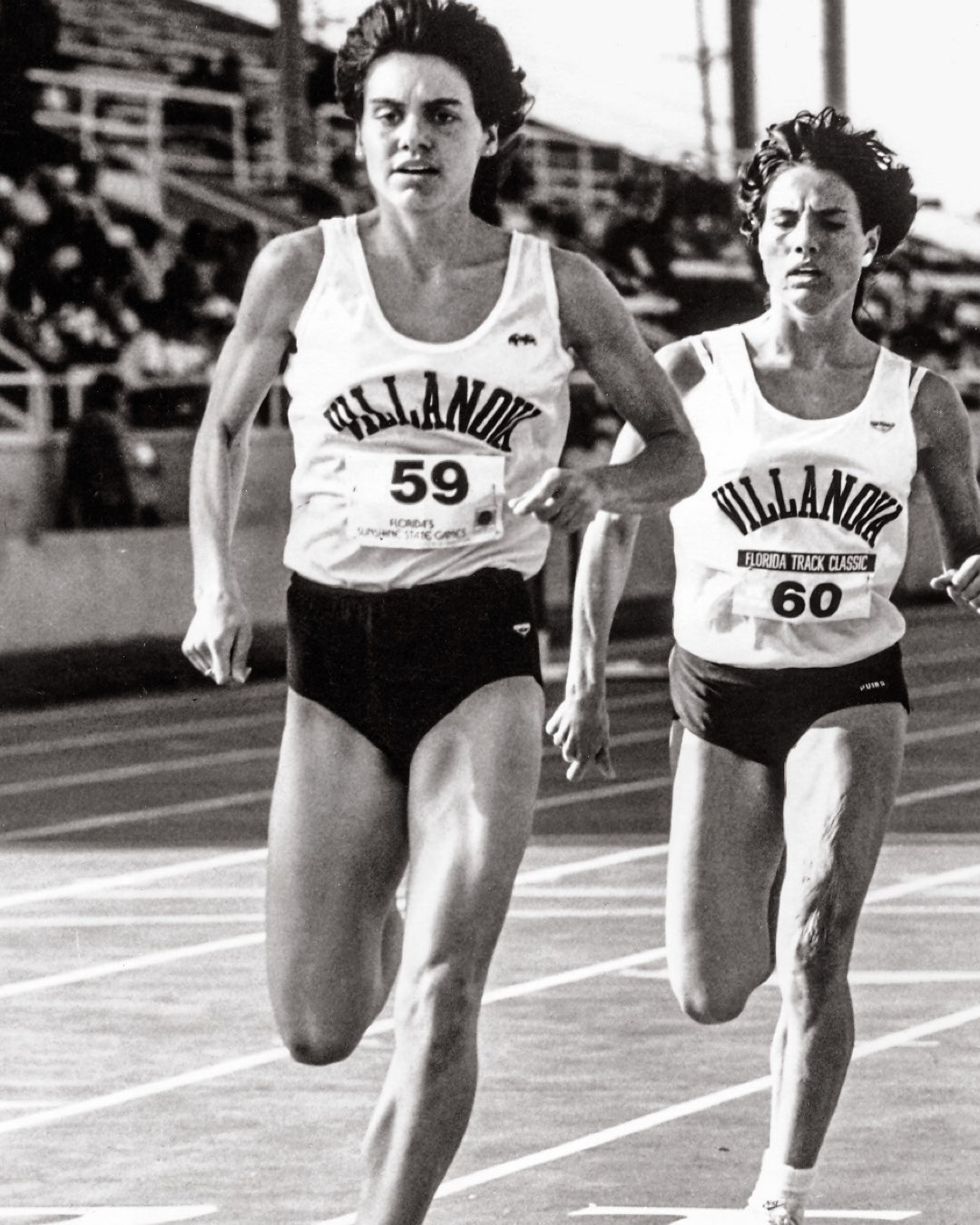 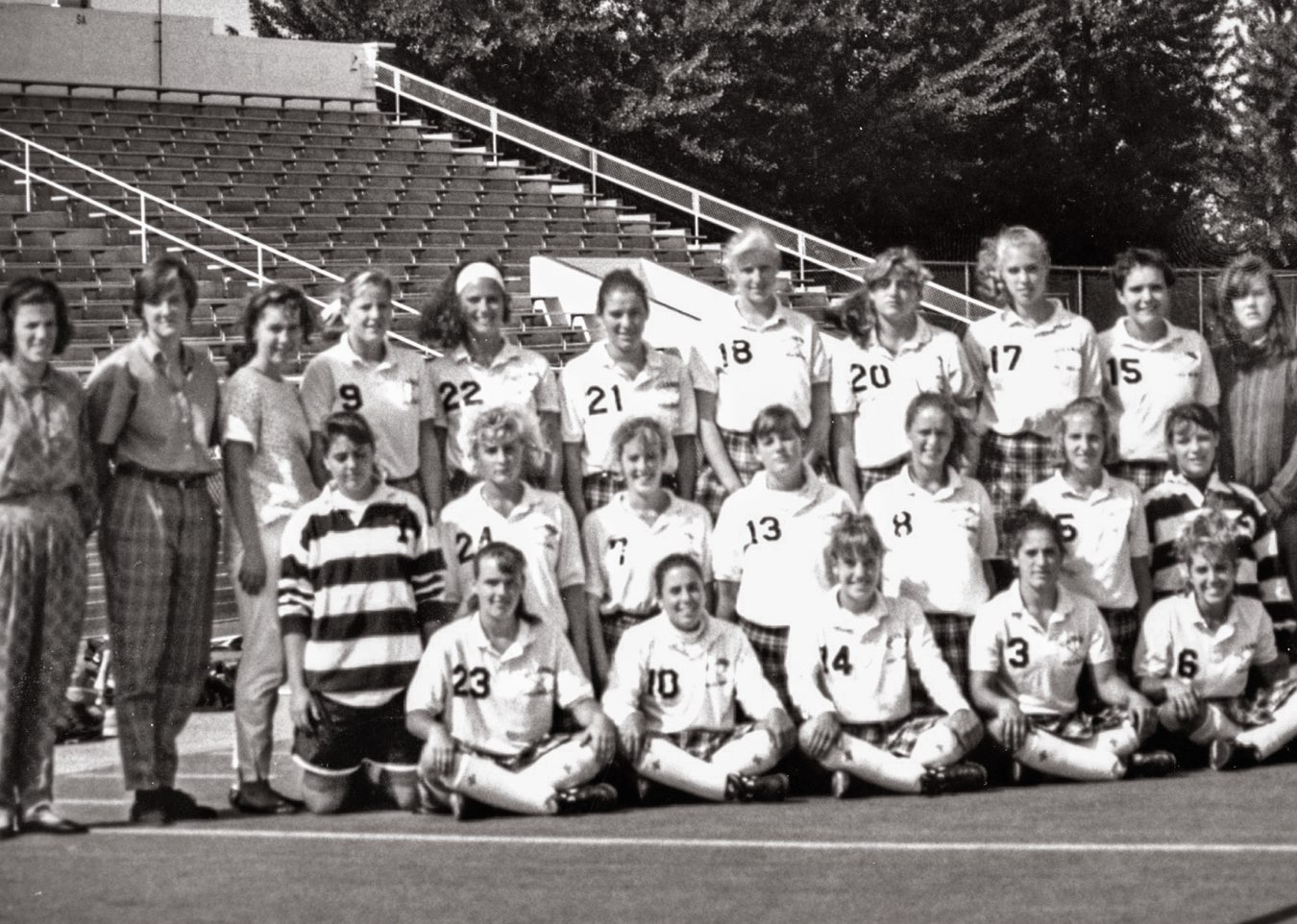 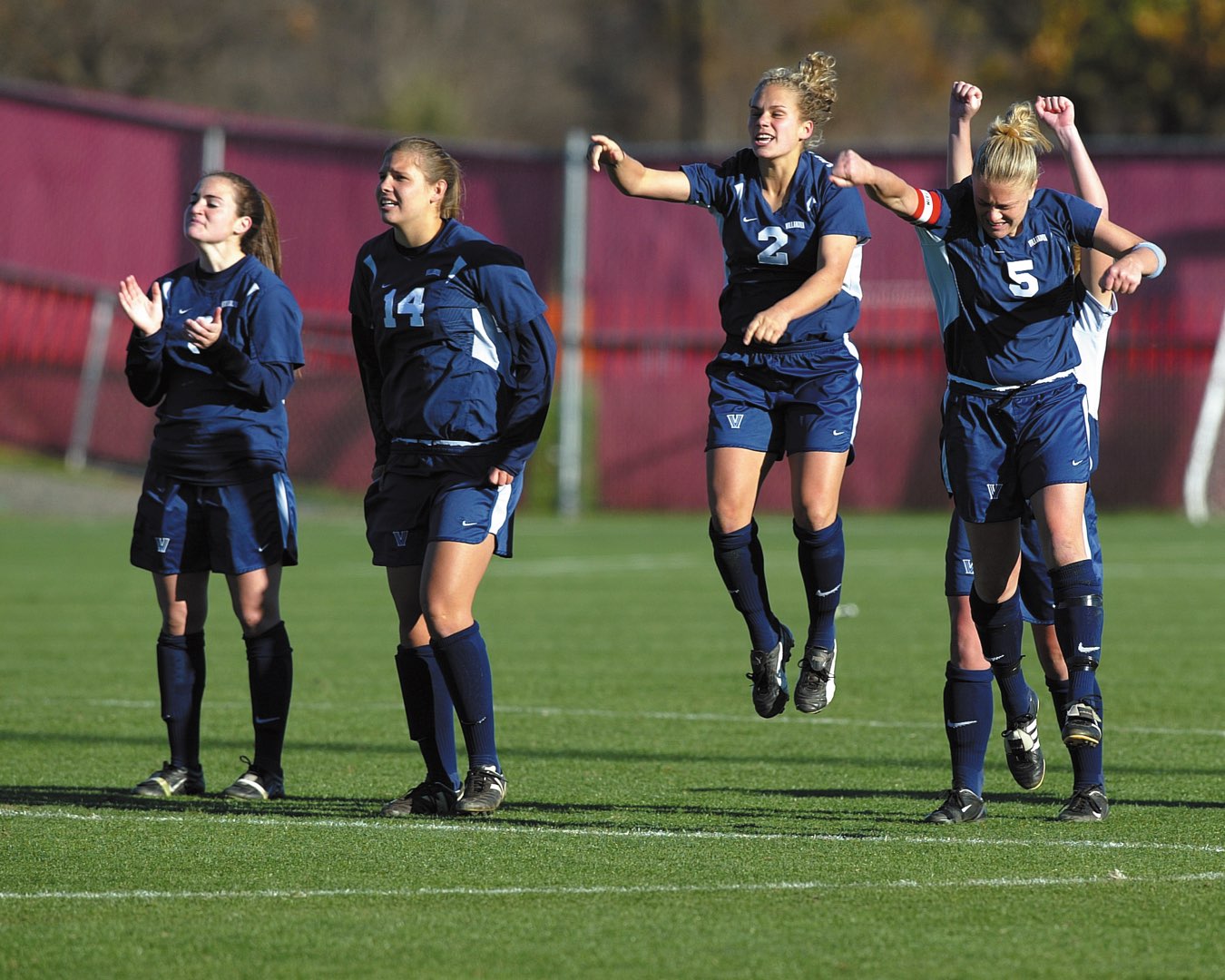 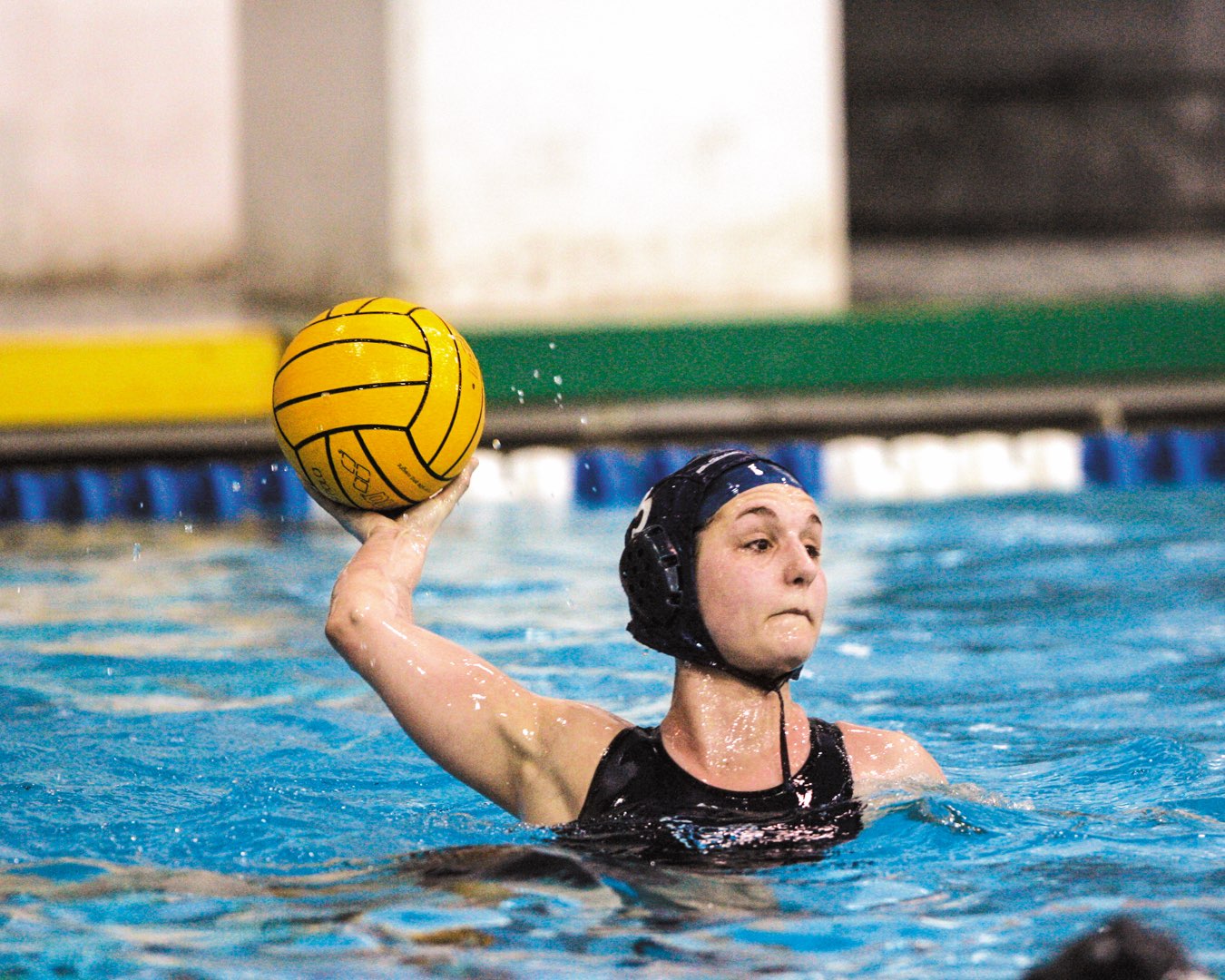 Volleyball earns its second overall berth in the NCAA Tournament 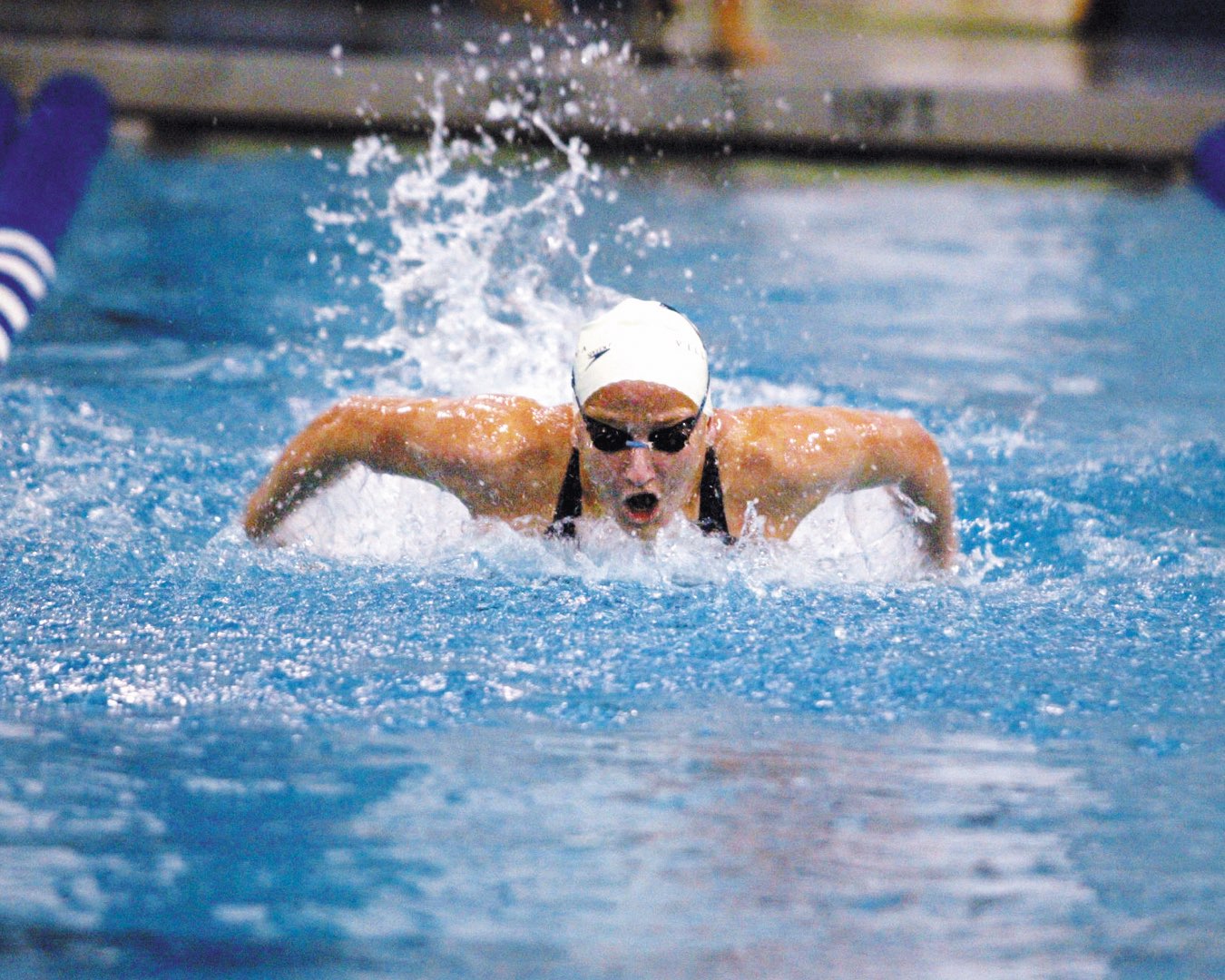 How does Villanova’s project management team keep up with all of the new developments on campus?