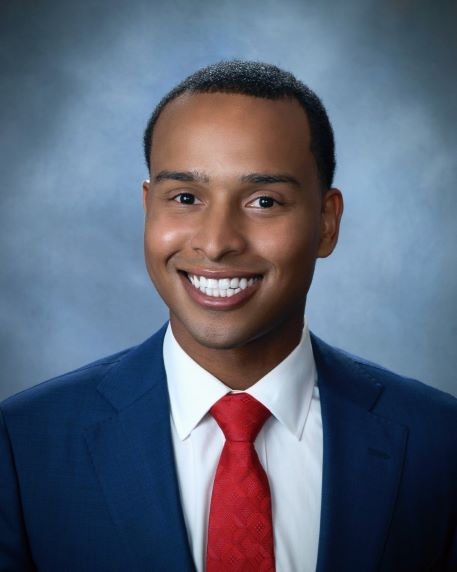 Juan Dawson ’22 always felt drawn to our nation’s capital. He recently fulfilled his goal of practicing law in Washington, DC when he started his legal career as an energy associate with Troutman Pepper. There, Dawson represents clients in the energy industry before the Federal Energy Regulatory Commission (FERC) and state energy regulatory agencies.

Originally from Charleston, SC, Dawson attended American University in DC where he earned his BA in economics, legal institutions, communications, and government. “In undergrad, I had an itch for public service so I leveraged the unique opportunities in the nation’s capital to pursue my passions,” said Dawson. He held a legislative internship with United States Senator Ben Luján from New Mexico, as well as a prestigious White House internship in the Executive Office of the President that allowed him the opportunity to serve the American public and gain valuable professional and leadership experience.

After graduating from American, Dawson spent two years as an antitrust paralegal at Cleary, Gottlieb Steen & Hamilton, LLP. “At that point I knew that I wanted to go to law school, so I used my time as a paralegal to explore specific areas of the law,” said Dawson. After his paralegal work, Dawson was selected as an AmeriCorps fellow in Chicago where he completed a year of service working with pro se litigants.

Dawson was selected by Mark C. Alexander, The Arthur J. Kania Dean at Villanova University Charles Widger School of Law, to be a research assistant for Dean Alexander’s latest book, Beyond Imagination?: The January 6 Insurrection. “That was a very unique experience,” said Dawson. “I worked with law school deans from around the country to explore how the legal system might best respond to the capitol insurrection,” said Dawson. It was an amazing opportunity to work with Dean Alexander and a very exciting moment for me at Villanova.”

To increase his network in Washington, DC, Dawson participated in Villanova on the Hill, a week-long immersive experience that explores all aspects of the policymaking and political ecosystem of the city. During the program, Dawson met with Villanova alumni and friends who are influential lawmakers, public policy advocates, lobbyists, think tank analysts, media professionals and federal agency representatives. “Through Villanova on the Hill, I connected with alums who helped provide color as to where I could best impact law and policy,” he said. “Opportunities like these speak to the power of the Villanova alumni base and the power of the school. It takes a special community to create a culture where alums and friends of the school care about investing in current students, and Villanova Law has that.”

Thanks to an alum Dawson met during Villanova on the Hill, he secured an internship with Bracewell LLP in Washington, DC for the summer following his 2L year. At Bracewell, his focus was on energy policy, legal advocacy and policymaking. During law school Dawson also held a judicial internship with the United States District Court for the Eastern District of Pennsylvania, as well as an externship with the United States Attorney’s Office for the Eastern District of Pennsylvania.

“I entered law school wanting to focus on antitrust and I left law school focusing on energy law,” said Dawson. “If given the chance, I would attend Villanova Law all over again. The sound legal training and academic rigor, combined with the welcoming culture and engaged alumni base makes Villanova Law stand apart from other law schools. For now, I hope to continue to find innovative legal and policy solutions to help people. That’s really where my passion is. That’s my guiding point, my North Star.”