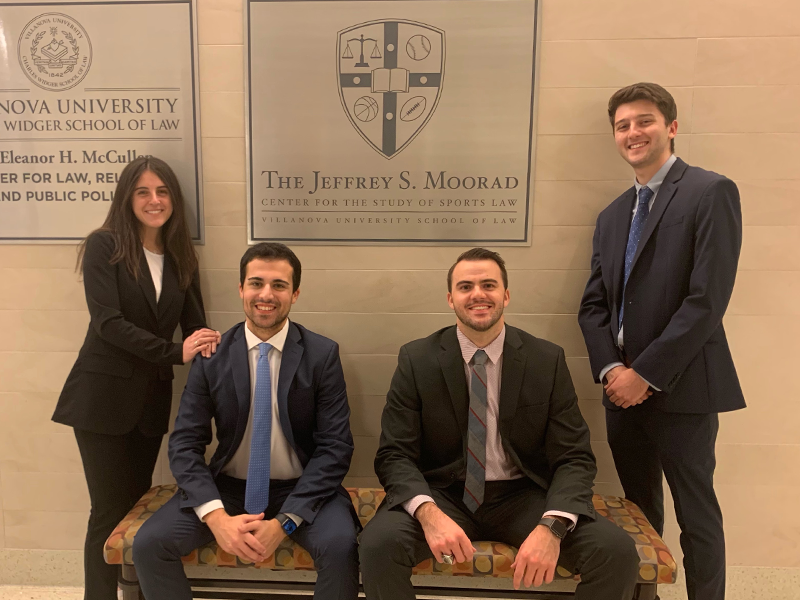 This semester, members of the Sports Law Negotiation Team have been successful in various sports negotiation competitions across North America.

For the fourth time in the history of the Tulane Professional Football Negotiation Competition, Villanova Law students were victorious. At the eighth annual event held February 4-5, Ryan Murphy ’22, Sarah Grossman ’24 and Brett Podell ’24, coached by Austin Meo ’22, beat out 42 teams from around the country to win the competition. Seasoned competitors, Murphy and Meo, took home their second championship in this competition after winning in 2020 and placing third in 2021. They are the first pair of students to win the TPFNC twice and the only team to advance to the playoff rounds three years in a row. Additional students from Villanova Law, Spencer de Urioste ’23, Joseph Frio ’22 and Emily Rollo ’23 also competed.

The Villanova Law team of Luke Pacifici ’23, Ricardo Peña ’24 and Kyle Winquist ’24 won the inaugural Tulane International Fútbol Negotiation Competition held virtually March 25-26. It was the first negotiation competition experience for all three team members, and they put on an impressive performance.